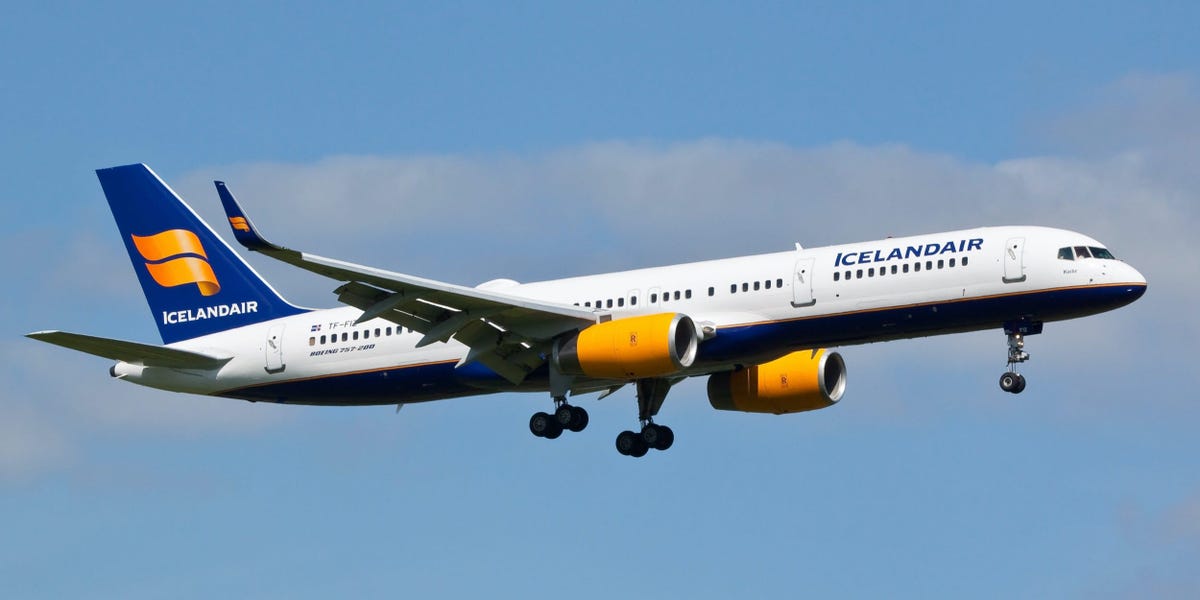 A Michigan teacher self-isolated in an airplane lavatory for about five hours after taking a mid-flight COVID test that came back positive.

“There are 150 people on the flight, and my biggest fear was giving it to them,” Marisa Fotieo told NBC’s “Today” show.

Fotieo took a quick test after his throat started hurting on a flight from Chicago to Reykjavik, Iceland on December 20.

“In what seemed like two seconds, there were two lines,” indicating a positive result, Fotieo told NBC.

She then isolated herself in the bathroom and documented the experience on TikTok. She said she was there for five hours, most of the approximately six-hour journey time between the two cities.

Fotieo said one of Icelandair’s crew members, a flight attendant called Ragnhildur “Rocky” Eiríksdóttir, made the experience a “VIP quarantine”.

“She made sure I had everything I needed for the next five hours, from food to drinks, and constantly checked on me to make sure everything was okay,” Fotieo told NBC. .

Fotieo did not say what date she tested negative before flying.

Iceland requires a negative test taken within 72 hours of departure, which can be either a PCR or a rapid test. A video Fotieo posted on Friday suggests she took a PCR test which came back negative.

Eiríksdóttir’s attention did not stop when the plane landed.

After Fotieo landed and quarantined in a Reykjavik hotel, she received a delivery from Eiríksdóttir, documented below.

“She bought me flowers and a little Christmas tree with lights so I could hang it,” Fotieo told NBC. “It was so heartfelt, and she’s just an angel.”

The Christmas tree can be seen at the end of the video below.

“We stan Rocky,” Fotieo said in a TikTok video.

Icelandair did not comment on the event to NBC. Insider also reached out to the airline for comment.

As of December 29, Fotieo was still posting from the quarantine hotel. Iceland imposes ten-day quarantines for people with COVID-19.