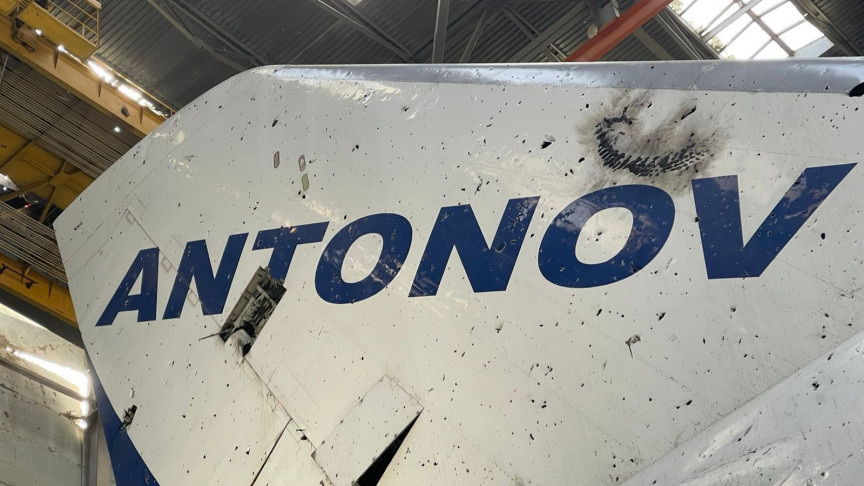 Will the biggest plane in the world be crossing the skies again?

Aviation enthusiasts were devastated when they saw the footage of the destroyed Antonov AN-225, the world’s largest aircraft.

The Antonov AN-225 was built in the 1980s as a space shuttle carrier, but later became the largest cargo carrier in the world, before being destroyed by the Russian army in February, at her home port near kyiv.

Get more updates on this story and more with The Blueprint, our daily newsletter: Register for free here.

“The dream will never die” tweeted the Antonov company, referring to the aircraft’s nickname “Mriya”, which means dream in Ukrainian.

Can he fly again?

Representatives of the Ukrainian aircraft manufacturer Antonov arrived at Hostomel Airport in Kyiv (GML) to carry out a damage assessment AN-225 airplane.

Andrii Sovenko, an engineer and aviation expert, who has worked for the Antonov company since 1987, made a detailed list of the damage, reviewing a large number of videos and photos of the wreckage.

Sovenko confirms that the central part of the fuselage and the nose of the plane were destroyed, but it was the aircraft’s on-board systems and equipment that suffered the most critical damage.

Sovenko says restoring the aircraft’s on-board systems will be the most difficult and he added: “This is because most of the various electrical systems, pumps and filters used on the AN-225 all date from the 1980s. They’re simply no longer made, so it’s unlikely they can be restored to exactly the way they were.

But there is a silver lining, parts of the plane’s wings, including aerodynamic surfaces such as flaps and ailerons, appear to have sustained minor damage, and they are in salvageable condition.

Other than the aircraft’s wings, most of the six engines appear to be intact, and the entire tail section of the aircraft is in fair condition.

Sovenko claims that the Antonov AN-225 cannot be repaired and adds: “It is impossible to talk about repairing or restoring this plane — we can only talk about building another Mriya, in using individual components that can be salvaged from the wreckage and combining them with those that were, in the 1980s, intended for the construction of a second aircraft.”

Sovenko refers to a second airframe that Antonov has kept to this day in a large workshop, which was built as part of the original plan to build two AN-225s.

“This is an almost complete airframe. As far as I know, it was practically not damaged during the shelling of the plant by Russian artillery,” says Sovenko, but it still won’t be 100 % of components needed.

The aircraft faces two hurdles: getting the new and old components to work together and possibly having to go through a re-certification of the aircraft, to confirm its airworthiness and compliance with current regulations. “It will be impossible to build the exact same plane, with the exact same design and the same equipment,” he says.

Build a “new dream” will not be cheap, as Ukrinform, the Ukrainian national news agency, declared that the cost of reconstruction would be as high as $3 billion.

We’ll have to wait and see if this aviation legend is as dead as she looks or if she’ll fly the skies again.