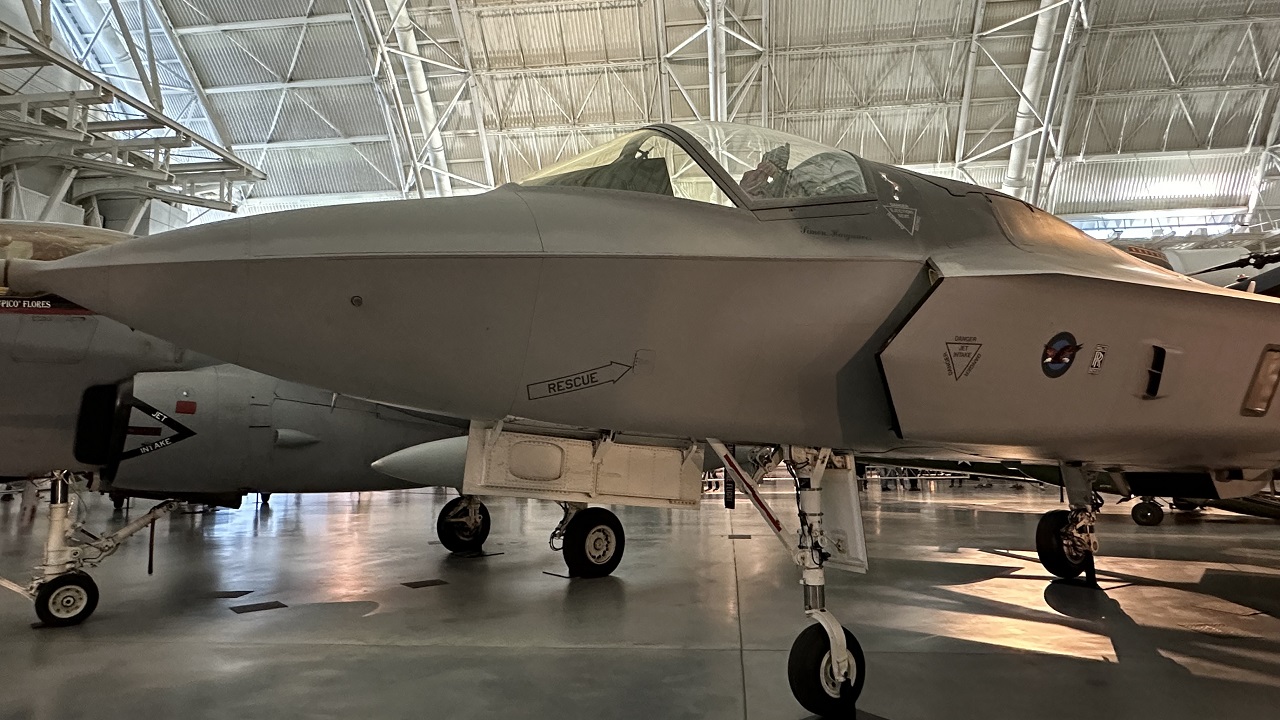 We approached the X-35B Joint Strike Fighter: the plane that gave birth to the F-35

The Lockheed Martin F-35 Joint Strike Fighter turned out to be the the most advanced and capable combat aircraft in use in today’s world. It was developed to replace the US Air Force A-10 and F-16, the United States Navy F/A-18and US Marine Corps F/A-18s and AV-8B Harriers.

The single-engine, single-seat aircraft is unique in that it can operate as a conventional take-off and landing (CTOL) variant (F-35A) for the Air Force, while the Navy version (F -35C) was designed to operate from an aircraft carrier (CV). The United States Marine Corps, as well as the United Kingdom’s Royal Air Force and Royal Navy, use the F-35B, which can operate as a short takeoff/vertical landing (STOVL) fighter. As a fifth-generation multirole combat aircraft, the F-35 Lightning II is equipped with advanced stealth capabilities, as well as improved agility and maneuverability, as well as enhanced sensor and information fusion , network operations and sustainment.

It all started with the X-35: we were so close we could almost touch it

The experimental program that preceded the Joint Strike Fighter has become “almost legendary in aviation history”, and the evolution of the F-35 can be seen at the Smithsonian’s National Air & Space Museum annex at the Dulles Steven F. Udvar-Hazy Center International Airport. We were there this weekend and filmed the video below and captured the photos below to give you an idea of ​​what the X-35 is all about.

The X-35 had been declared on winner of the competing Boeing X-32 and a developed armed version entered production in the early 21st century as the F-35 Lightning II. In September 2003, the Smithsonian Institution “jumped at the chanceto acquire one of the X aircraft used in flight testing. Now in the sprawling facility’s collection is the very first X-35Bthe short takeoff and vertical landing (STOVL) variant derived from the X-35A.

The X-35B demonstrator was designed to meet US Marine Corps and British Royal Air Force/Royal Navy requirements and featured a unique shaft-driven lift fan that amplified engine thrust and reduced exhaust temperature and velocity during vertical flight operations. It allowed the aircraft to take off from a short runway or a small aircraft carrier and land vertically. One of these huge lift fan propulsion systems can also be seen alongside the X-35B at the Steven F. Udvar Hazy Center.

It was originally built as an X-35A demonstrator and was modified to include the lift fan motor to test the STOVL concept. Among its many test records, this particular aircraft was the first in history to achieve a short takeoff, horizontal supersonic dash, and vertical landing in a single flight. Additionally, it became the first aircraft to fly using a shaft-driven lift-fan propulsion system.

X-35B Joint Strike Fighter. The image was taken on October 1, 2022 at the National Air and Space Museum. 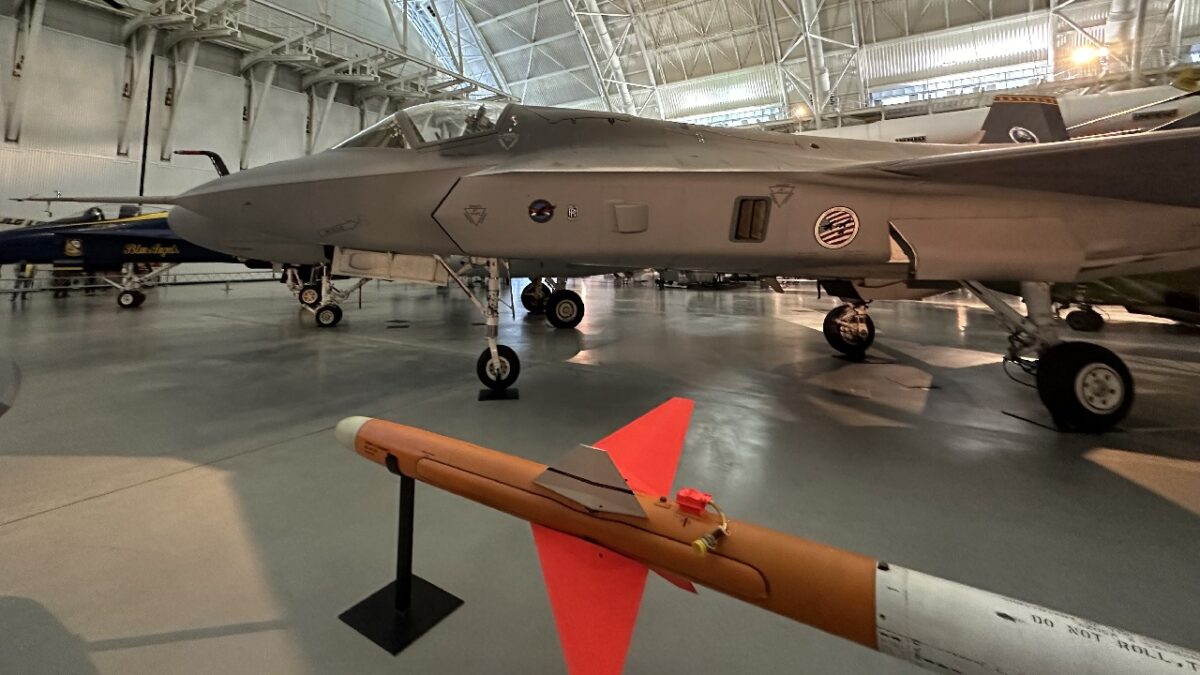 The X-35B flight test program was one of the shortest and most efficient in history, from June 23, 2001 to August 6, 2001. During its flight test programthe X-35B achieved 27 vertical landings, 14 short take-offs and 18 vertical take-offs, was flown by four pilots from the United States and United Kingdom, broke the sound barrier five times and conducted five aerial refuelings .

Editor for 1945, Peter Suciu is a writer from Michigan who contributed to over four dozen magazines, newspapers and websites with over 3,000 articles published over a twenty-year career in journalism. He writes regularly on military hardware, the history of firearms, cybersecurity and international affairs. Peter is also a Contributing author for Forbes. You can follow him on Twitter: @PeterSuciu.