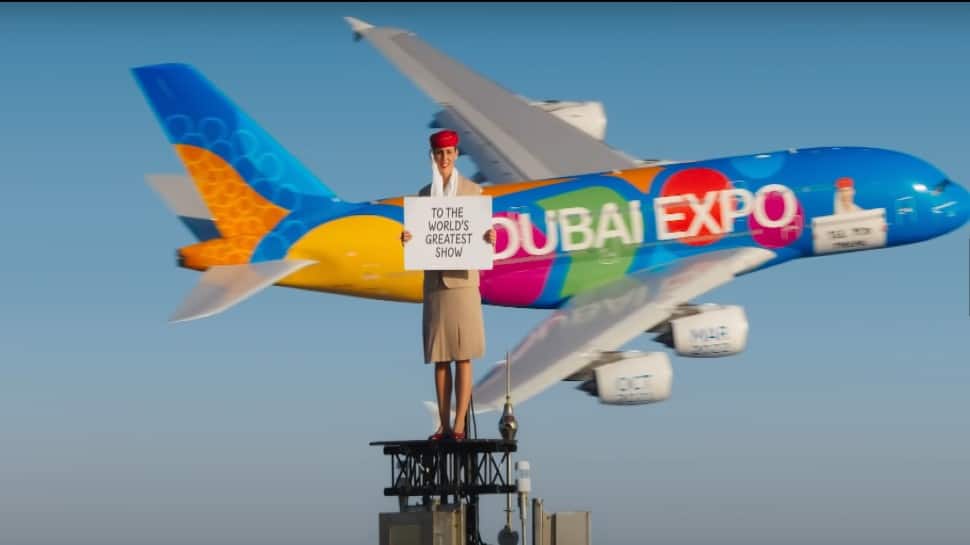 Last year, social media went wild when Emirates published an advert featuring a “stewardess” sitting on top of the Burj Khalifa, the world’s tallest building. It was confirmed in a behind-the-scenes video by Emirates that the stunt was real and now the stunt is repeated in a promotional video for Expo Dubai 2022.

This video shows the Emirates skydiving stuntwoman in a flight attendant uniform holding a board above the Burj Khalifa written “I’m still here” and referencing the previous video. As the camera rolls, we see the Emirates Airbus A380 passing behind the main character as he flies towards the tower.

The commercial is believed to have been filmed on October 13 and 14, 2021. Prior to these days, Emirates announced that it would fly the jet in Expo livery over Dubai to promote Expo 2020.

On October 14 alone, the plane circled the Burj Khalifa seven times. On each pass, the aircraft flew at 2,750 feet according to the flight data recorder. The platform on which the Emirates stuntwoman stood was 2,723 feet tall.

As for the authenticity of the video, there’s no reason to doubt it because it’s a complete waste of time to fly the A380 so close to the building at such a height if you don’t plan to film the waterfall.