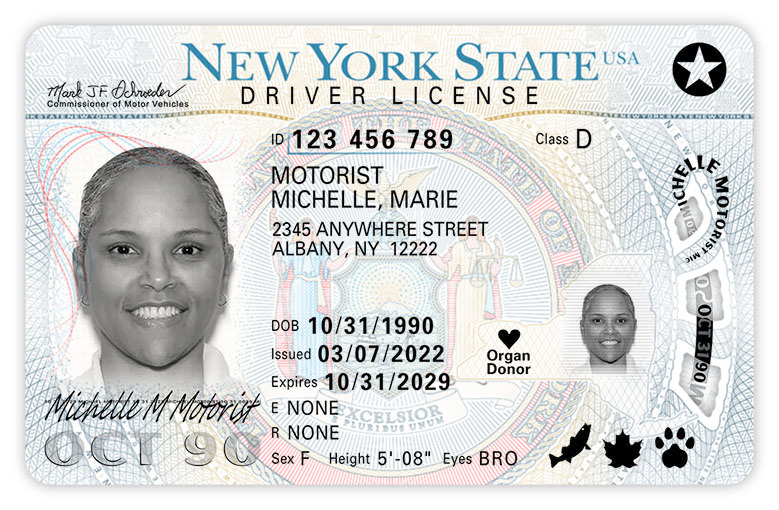 Want to fly in an airplane? Prepare for REAL ID requirements

After a tough few years for the airline industry during the COVID-19 pandemic, travelers are taking to the skies again.

As always, international travel requires a passport. But starting in May 2023, adults who use their state-issued IDs to board domestic flights will need to make sure those cards meet new federal standards, known as REAL ID.

Result of the September 11 attacks

Bart Johnson is Director of Federal Security at the Transportation Security Administration, making him the TSA’s most senior official for airports in upstate New York. He explained that the REAL ID requirements were a result of the 9/11 terrorist attacks. The subsequent 9/11 commission recommended the changes, and Congress passed legislation advancing them in 2005.

“Essentially, it’s about setting standards for issuing IDs such as a driver’s license,” Johnson said. “Its objective is to prevent fraud and counterfeiting and to establish minimum security standards.”

According to the Department of Homeland Security, those requesting a REAL ID-compliant ID will need to bring documentation showing their full legal name, date of birth, Social Security number, two proofs of address, and legal status. . Individual states may add more requirements.

For New Yorkers, this means they will no longer be able to use their standard ID or driver’s license to board a plane.

But DMVs in New York State already issue compliant cards. These include both REAL IDs and Enhanced Licenses, the latter exceeding federal requirements. REAL IDs are indicated by star symbols, while enhanced licenses bear US flags.

“Obviously the TSA has a very important job: to prevent another terrorist attack,” he said. “I think that’s going to help us make sure that the person who shows up at the airport is the person who has that ID.”

REAL ID requirements were supposed to go into effect last year, but were pushed back due to the COVID-19 pandemic. Now that they’re officially ready to start next May, airports want people to know about them.

“We just want to make sure everyone understands that next year they have to make sure they have (REAL ID) if they’re going to be flying,” said airport manager Chris Kreig. Plattsburgh International. “What we don’t want to happen is people showing up at the airport and not being able to fly because they don’t have the correct ID.”

Alternatively, Americans can still use their passport to board domestic flights. Air travelers from other countries, such as Canada, can still travel with their passport.

REAL ID requirements will also be in place when entering certain federal buildings and nuclear power plants. According to DHS, the TSA does not require minors to provide identification when traveling with a companion in the United States.