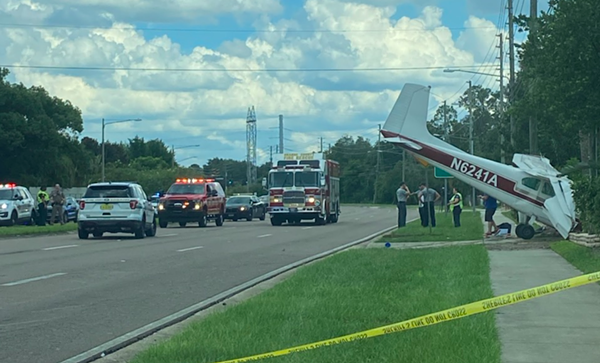 Everyone is safe! A 1956 Cessna 182 Skylane crashed on University Boulevard and Econ Trail in Orlando on Friday due to engine failure.

It is said that the plane was on a maintenance flight at the time of the forced landing.

Video captured over the weekend shows the. terrifying moment when a small Cessna plane crashed at the intersection of N. Econ Trail and University Boulevard.

The mid-century small-engine plane was attempting an emergency landing after suffering engine trouble. The plane is owned by Aerial Messages Leasing Company of Longwood, and owner Remy Colin told WKMG he was on the plane at the time of the crash.

The crash was filmed by Raiah Collins, who described the moments she realized the plane was collapsing.

“At first it was coasting, then it was just going down. All the cars just stopped,” she said. “And I just wanted to have the video. I started calling 911, you know, and people were getting out of their cars going there.

Officials say no one was injured in the accident. The pilot suffered minor injuries and did not go to hospital. The Florida Highway Patrol said the plane caused minor damage to an entrance wall and two palm trees.