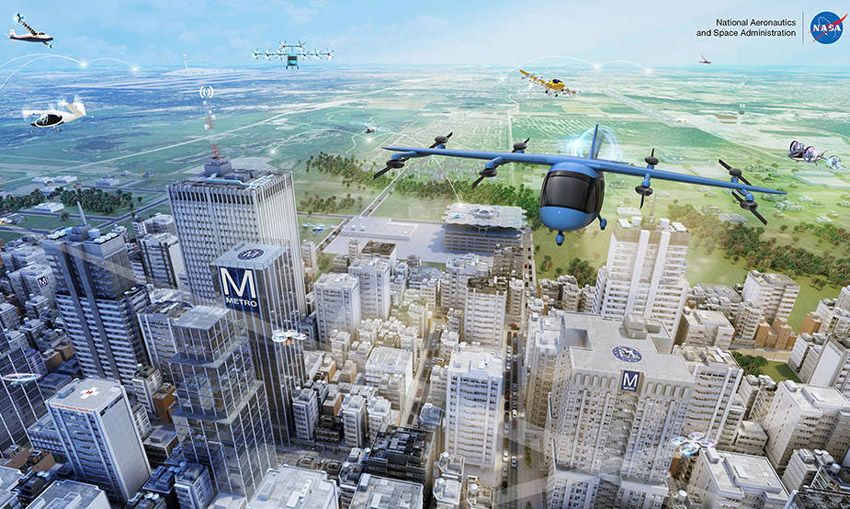 The United States (US) is developing a small plane that can take off vertically and be controlled remotely. photo/nasa/space.com

Washington , The United States of America (USA) is developing support programs to make plane Small that can take off vertically and can be controlled remotely. This small plane is considered revolutionary because it takes off and lands vertically (VTOL) anywhere, including dense settlements.

This program is known as Advanced Aircraft Infrastructure-less Launch and Recovery X-Plane or Ancillary. This program is administered by the US Defense Advanced Research Projects Agency (DARPA).

DARPA did not say whether the program aims to develop manned aircraft. However, a video released by DARPA shows the pilot piloting the plane with a tablet, which means the vehicle can be piloted remotely autonomously.

The ANCILLARY program aims to develop aircraft capable of landing and taking off in areas that do not yet have airports or other infrastructure. Capable of operating in adverse weather conditions, even launching from the decks of warships without special launching equipment.

The ANCILLARY program aims to develop light aircraft capable of carrying large payloads and able to stay in the air for a long time. DARPA has issued a notice inviting relevant industry and academic organizations to propose the component technologies and manufacturing techniques required for these aircraft.

Comadina said any aircraft resulting from the subsidiary program would have to bring together developments in advanced control theory, aerodynamic modeling and advanced propulsion to solve a combination of challenging design goals.

In recent years, many laboratories and manufacturers have researched and developed similar VTOL aircraft. The US Air Force’s Agility Prime program has tested a remotely piloted VTOL aircraft, while NASA is testing an all-electric vertical take-off and landing “air taxi” developed by Joby Aviation Calif.

Such a platform does not require a long runway for landing and taking off. These VTOL aircraft could revolutionize air travel, potentially reducing the infrastructure required to operate the aircraft and the noise associated with conventional helicopters such as helicopters.

In a statement released in 2021, NASA says the aircraft can provide an efficient and affordable system for passenger and cargo transportation and other public interest applications. This includes aircraft such as package delivery drones, air taxis, and medical transport vehicles.