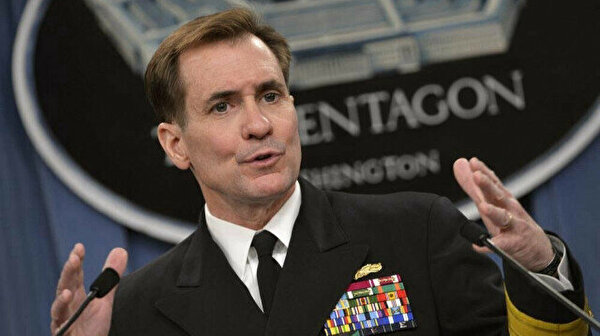 The Pentagon backtracked on Wednesday on comments that the United States and its partners had supplied Ukraine with entire planes, saying they only provided parts.

Spokesman John Kirby told reporters that when he spoke on Tuesday he was under the impression that an unnamed country’s offer to supply Ukraine with fixed-wing aircraft had been met.

“I was wrong to say that in the past they were given entire planes. I regret the mistake,” he said.

“That said, the Ukrainians have received, through coordination and supply from the United States, enough spare parts and additional equipment to be able to field more fixed-wing aircraft in their fleet than they didn’t even have one two or three weeks ago,” Kirby added.

He did not specify how many additional planes were able to be put into service thanks to the effort coordinated by the United States, but said it was “a considerable number”.

Last week, US President Joe Biden announced an additional $800 million in security aid to Ukraine amid Western warnings that Russia was preparing for an offensive in eastern Ukraine.

Since Russia began its war on February 24, Ukraine’s civilian death toll has risen to 2,224, while another 2,897 have been injured, according to UN estimates, with the actual figure feared to be many higher.

More than 5 million Ukrainians have fled to other countries, with more than 7 million more internally displaced, the UN refugee agency said.