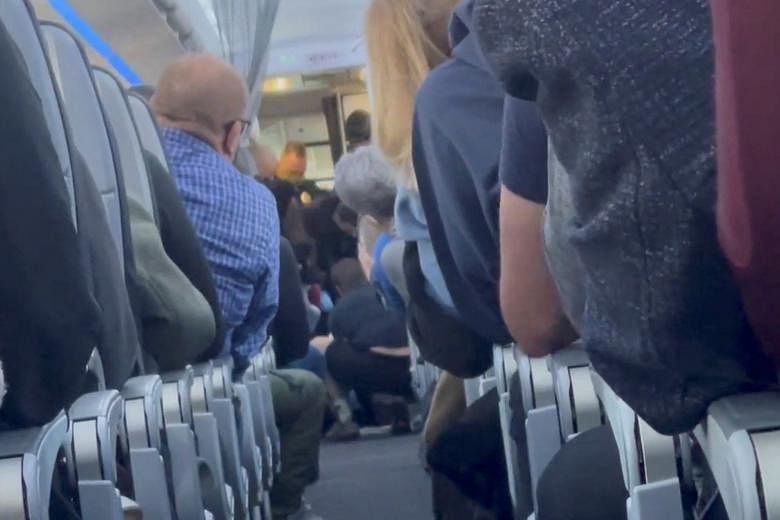 WASHINGTON (REUTERS) – A total of 80 unruly airline passengers have been referred to the FBI for possible criminal prosecution, the Federal Aviation Administration (FAA) said on Wednesday (February 16) as onboard disruptions spiked in 2021. , many of them due to Covid-19 mask requirements.

The US Department of Justice has pledged to take a hard line and some airlines and unions have called for a no-fly list that would ban passengers with a history of disruptions.

The increase in cases is linked to pandemic restrictions which have caused friction on planes.

The FAA, which last year said it referred 37 passengers to the FBI for examination, said about 4,600 of the 6,400 unruly passenger reports it has received since the start of 2021 through Feb. 15 involve passengers not wearing masks as required.

Delta Air Lines chief executive Ed Bastian this month asked U.S. Attorney General Merrick Garland to place passengers convicted of onboard disruptions on a nationwide no-fly list that would prevent them to travel in the future on any commercial airline.

Bastian said the action would “help prevent future incidents and serve as a strong symbol of the consequences of not following crew member instructions on commercial aircraft.”

Delta has placed nearly 1,900 people on its no-fly list for refusing to comply with masking requirements and has submitted more than 900 banned names to the Transportation Security Administration to pursue civil penalties, Bastian said.

Sara Nelson, president of the Association of Flight Attendants-CWA, which represents nearly 50,000 flight attendants at 17 airlines, said her union urges “the creation of a centralized list of passengers who cannot fly for a period of time after being fined or found guilty of a serious incident.”

The Justice Department said it prioritizes investigating and prosecuting people who commit crimes that threaten the safety of passengers, flight crew and flight attendants.