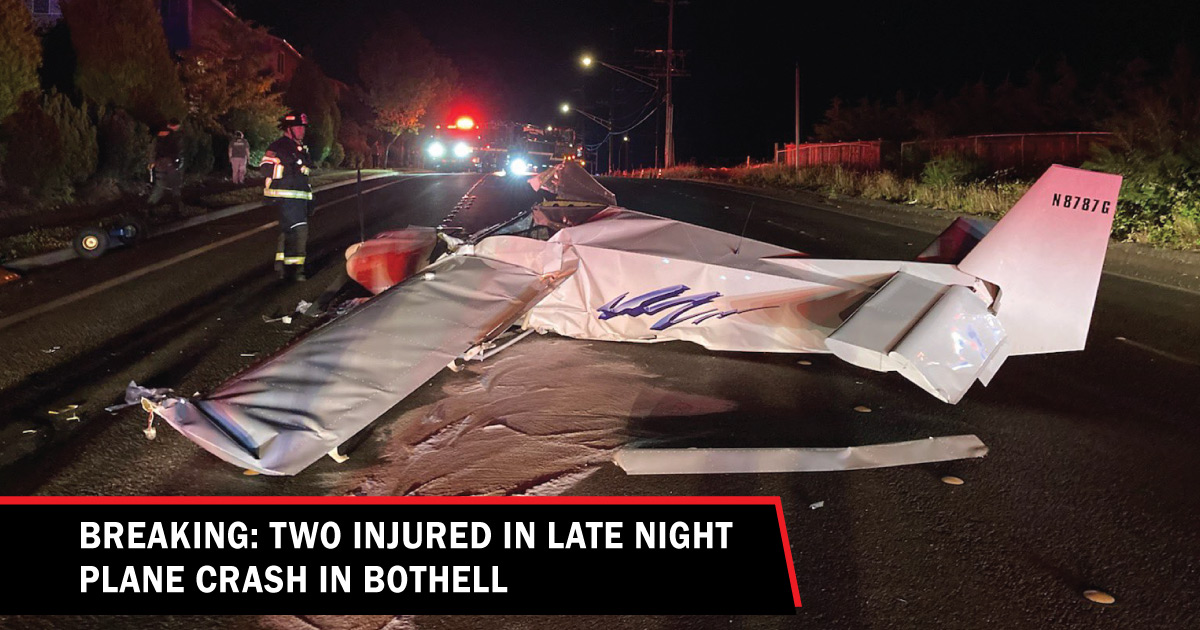 BOTHELL, Washington, July 20, 2022 – The Federal Aviation Administration (FAA) and the National Transportation Safety Board (NTSB) will be on the scene this morning investigating a plane crash involving an experimental aircraft that left two people injured.

TRAFFIC ADVISORY: The 4200 block of 228th Street SE is closed and will remain closed until the morning. A small plane made an emergency landing. The two occupants were slightly injured and were transported. The FAA will be on scene to investigate in the morning. pic.twitter.com/f3pr4Xuc7l

Shortly after 10 p.m., the plane suffered a complete engine failure and struck high-voltage power lines as it approached Paine Field Airport. The plane had two occupants and a dog on board, and all were taken to a local hospital. No one on the ground was injured and the aircraft did not strike any vehicles.

An experimental plane crashed on 228th South of 45th Avenue this evening near Canyon Park around 10:20 p.m. Details are limited at this time. Two patients are treated and transported. Expect emergency crews to be on site for some time. No PIO on site. pic.twitter.com/zj0HX1CPRw

The plane crash happened on 228th to 45th Avenue near Canyon Park around 10:20 p.m. The Snohomish County Sheriff’s Office has issued a traffic advisory for the area as roads are closed and will remain closed until late in the morning.

According to AviationDB.com, the 11-year-old plane was built for non-commercial use and is registered in Auburn, California.

2022-07-20
Previous Post: The investigation into the fatal plane crash in the Didsbury area is ongoing
Next Post: Russian Su-35 shot down by Ukraine as $85m plane catches fire – video