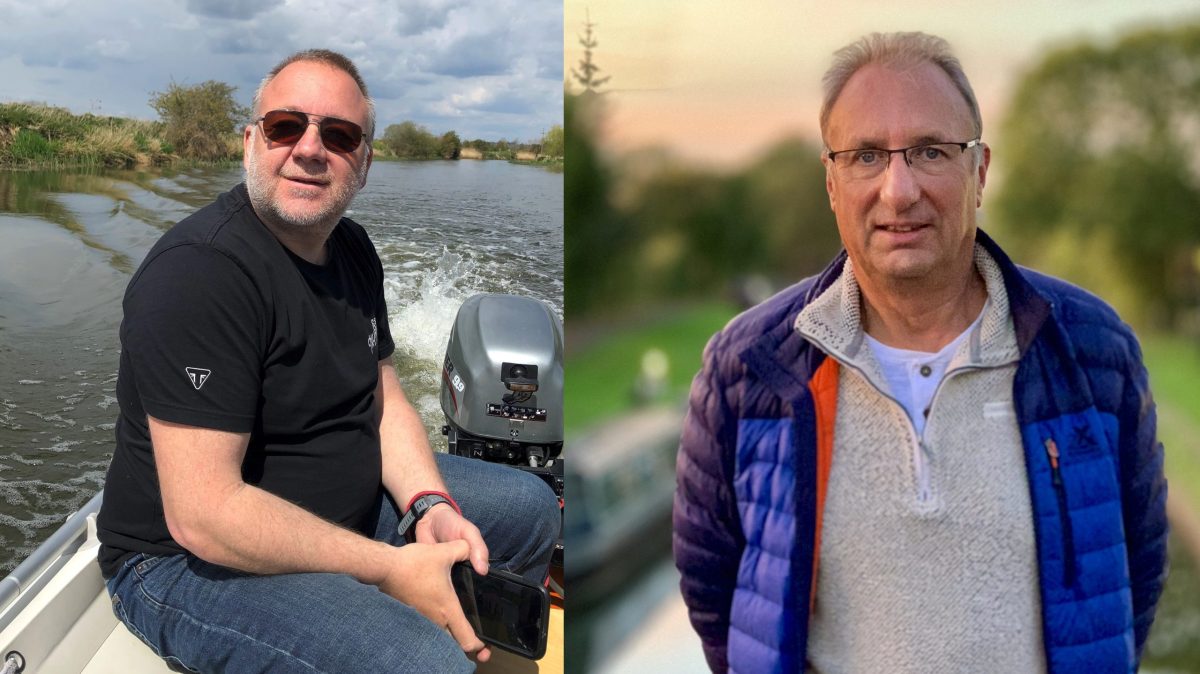 TRIBUTE was paid to two friends whose plane crashed after taking off from an airfield in Warwickshire.

Lee Rogers and Brian Statham were flying from Wellesbourne Mountford airfield near Stratford to Le Tourquet in France on Saturday April 2 when the plane lost contact before crashing into the English Channel.

An investigation is currently being carried out by the Air Accidents Investigation Branch (AAIB).

In statements released by Warwickshire Police, the families of the two men said they were on a group flight with several other South Warwickshire Flying School planes.

After encountering abnormal weather conditions over the English Channel, contact with the aircraft was lost around 10:30 a.m.

Despite intense British and French search and rescue operations, the search was called off on the evening of Sunday 3 April.

Lee Rogers’ family said they had “no choice but to assume Lee was dead”.

Their statement read: “It is with profound sadness that we announce the passing of a wonderful father, loving husband and devoted family man, Lee Rogers, who was taken from us due to of a tragic plane crash.

“Anyone who knew Lee will bear witness to a larger than life character who lived his life to the full, a man of great heart and boundless generosity. A skilled and enthusiastic rider, a lover of all manner of fast and noisy machinery, which also included a newfound love of yachting.

“He will leave a great wake behind him and will be greatly missed – not only by his family but by his legion of friends and colleagues. Lee was and always will be a legendary figure in the IT world and Warwickshire community, most of whom will have a humorous story or two to tell about him.

“Not only a successful entrepreneur, known for his principled and uncompromising code of ethics, Lee was also a sincere supporter of various charities. More recently, Lee supported Guide Dogs and raised not only a puppy, Dixon, who became a guide dog, but also a lot of money for other dogs. Part of the legacy of a wonderful human being.

“But above all, Lee was a family man. Sarah has been married to Lee for eight years and they were happy for many years before. Not just a great marriage, but great partners who shared real adventures. Ellie, Lee’s daughter, and the apple of her eye was her greatest joy. Lee had a daily story to tell about his baby girl, another larger-than-life character who mirrors his parents in all the best ways.

“It’s not fair that Ellie is separated from her father so young, or that Sarah is deprived of her husband long before her time or that Lee’s parents and sister lose a son and a brother. Life isn’t fair, but few people leave a legacy like Lee, even though they’ve had a hundred lifetimes.

“We thank you for all your kind words and tributes. Know that everything is appreciated. We would also like to thank the efforts of the British and French coastguards, who did everything they could.

“We will soon let everyone know how we plan to honor Lee. In the meantime, we would ask for some time to mourn as a family.

Brian Statham’s family said they were “deeply saddened” to announce that the two men “never went to Le Touquet”.

They said: ‘As capable pilots, with over 20 years of combined flying experience, it was horrendous news to hear that their plane had gone missing over the English Channel.

“The French and English coastguards searched for more than two days for any signs of wreckage, bodies or clues to help and understand what had happened to the two pilots who left behind friends, families and loved ones. colleagues.

“The families would like to thank the Coastguard for their time, hard work and dedication at sea, working tirelessly to try and find any evidence, wreckage or clues as to what may have happened.

“On Thursday April 7, Brian’s flight bag from the plane was found and kindly handed over by a tourist on the beach in Le Touquet. This was vital evidence to help us understand what happened on their last flight. We are deeply grateful for this kind and helpful act.

“We, the families of the missing pilots, would now like to ask for help.

“If you live on the north coast of France or the south coast of England and enjoy spending time at the beach or near the English Channel, be alert to any form of aircraft debris, clothing and personal items. If you see anything, please pick it up and turn it over to local authorities.

“Brian is pictured wearing some of the clothes he had on his last flight.

“Your help in this area could bring comfort and closure to families and allow us to begin the grieving process.

“As of this week, our loved ones have been missing and we cannot even contemplate a funeral.”