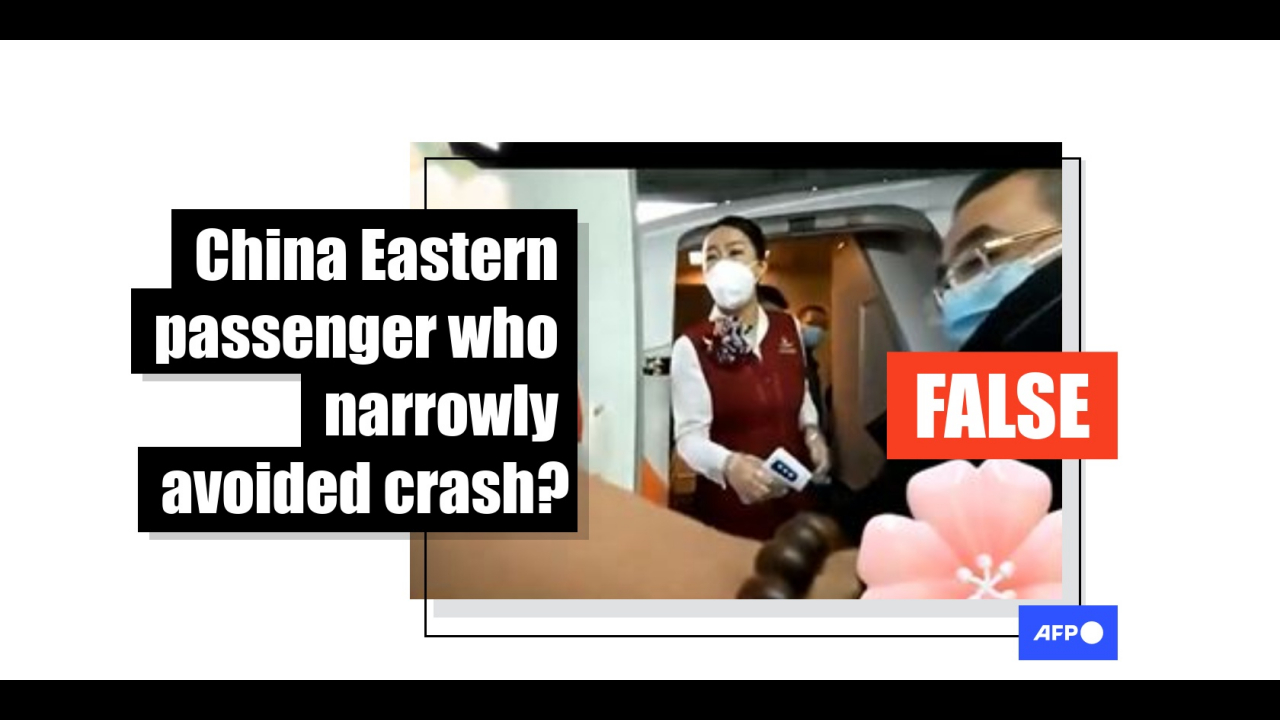 After a China Eastern plane plunged from the sky on March 21, killing all 132 people on board and marking China’s deadliest air disaster in three decades, social media posts shared a video they said , showed a man who changed his travel plans at the last minute and decided not to board the stricken jet. However, the clip was filmed weeks before the crash by a travel blogger boarding a flight from another airline.

“In the plane crash in Guangxi, this person got off the plane at the last minute due to an urgent matter after having already boarded and escaped a huge disaster!” reads a post on Douyin, the Chinese version of TikTok, from March 23.

The video shows passengers boarding a plane, while an off-camera man tells a flight attendant he won’t be boarding the flight due to a personal emergency.

“Sorry, I have an emergency. I can’t get on this plane,” he said in Mandarin.

The video then cuts to the man talking to staff inside the airport and apologizing for the hassle.

A screenshot of a post sharing the false claim, taken on March 25, 2022

The video has been viewed over 13,000 times in similar posts on Douyin, Facebook and Weibo.

The messages circulated shortly after a China Eastern plane crashed into a mountainside on March 21 near the city of Wuzhou in southern China’s Guangxi province. The Civil Aviation Authority said all 132 people on board were confirmed dead.

The cause of the crash, China’s deadliest air disaster in three decades, was not immediately known.

However, the video circulating online was filmed weeks before the China Eastern disaster.

A reverse image search of keyframes from the video traced it to a March 2 post on a Douyin travel blog titled “Bring You to Planet T”.

The account, which has more than 600,000 followers, regularly posts travel videos from all over China.

Below is a screenshot comparison of the video in the fake messages (left) and the Douyin video (right):

A screenshot comparison of the video in the misleading post (left) and the Douyin video (right).

In response to a comment on the video, “Bring You to Planet T” said, “The video was posted on March 2 and taken on a Shandong Airlines aircraft.

Contacted by AFP, the Internet user, who only gave his name of Zhao, said he filmed the video on February 21.

The Shandong Airlines logo and brands are visible on the exterior of the aircraft and on the flight attendant’s uniform. 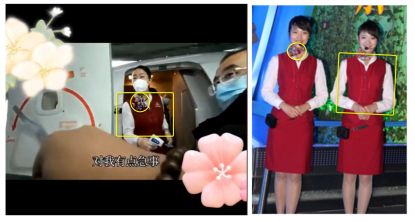 A screenshot comparing the flight attendant’s uniform in the misleading post (left) and Shandong Airlines’ uniform, as seen on their official website (right) with similarities highlighted in yellow by AFP.

A screenshot comparing the video in the misleading post (left) and the plane’s design demonstration on the Shandong Airlines website (right) with similarities circled in red by AFP.

A Shandong Airlines representative said the video was taken on board one of its flights.

“The video was used inappropriately by some social media users and negatively impacted Shandong Airlines,” the spokesperson told AFP.