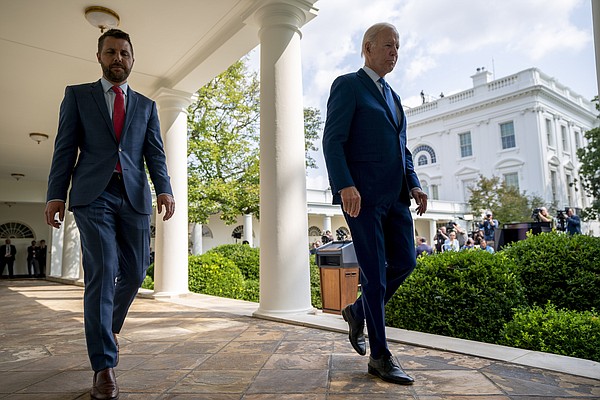 The rule will show the “actual cost” of flight tickets

WASHINGTON — President Joe Biden announced a new initiative on Monday that would eventually allow consumers to see a more comprehensive price on airline tickets — including baggage and change fees — before buying, as the White House continues to seek ways to reduce costs for Americans amid persistently high inflation.

The White House says the rule proposed by the Department of Transportation will prevent airlines from hiding the “true cost” of airfare, which would help consumers save money up front and encourage greater competition between airlines to offer better fares. The requirement will apply not only to airlines directly, but also to third-party search sites such as Kayak and Expedia.

Airlines earned nearly $5.3 billion in baggage fees and nearly $700 million in cancellation and change fees last year, according to Transportation Department figures. Airlines charge a variety of other fees for extra legroom and other benefits that are not tracked by the government.

A trade group for the largest US airlines said carriers already disclose the terms and total cost of a ticket. “This includes transparency around taxes and government fees on airline tickets, which make up more than 20% of many domestic round-trip tickets,” said Katherine Estep, spokeswoman for Airlines for America.

The rule is intended to target a typical situation faced by consumers where the price of a ticket is listed on an airline or search website, but with information often listed elsewhere about the airline’s additional charges. .

2022-09-27
Previous Post: What was the plane in Don’t Worry Darling?
Next Post: Watch this NOAA plane battle Hurricane Ian