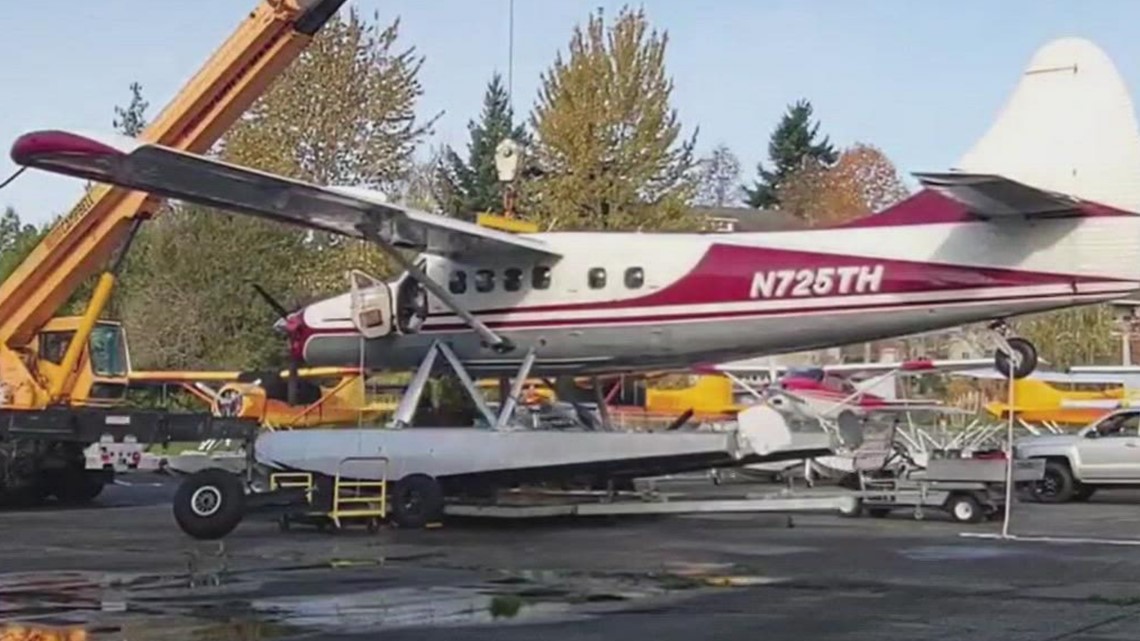 The de Havilland DHC-3 Otter seaplane that crashed near Whidbey Island, killing at least one person, was built in 1967.

SEATTLE — The seaplane that crashed into Puget Sound on Sept. 4 has a long history in the skies over western Washington, as does the Renton company that owns it.

The de Havilland DHC-3 Otter seaplane that crashed near Whidbey Island, killing at least one person, was built in 1967. Despite its age, former NTSB senior air safety investigator Gregory Feith said that does not necessarily mean the plane was unsafe.

Federal Aviation Administration (FAA) records show that the aircraft received a certificate of airworthiness in May 2014, which probably means that the aircraft owner, Northwest Seaplanesinstalled a new turboprop.

Feith said changing the old engine that was in the front of this aircraft and installing a higher-powered turboprop is something you would typically see on a commuter-type aircraft.

Seaplane companies are heavily regulated by the FAA, according to Feith. This is a regulatory level just below commercial airlines.

Seaplane Northwest is a sister company of Friday Harbor seaplanes. Feith said he was not aware of any violations in the company’s history.

According to the latest information, the plane was flying from Friday Harbor, a popular tourist destination in the San Juan Islands, to Renton Municipal Airport when the accident was reported at 3:10 p.m., according to the Coast Guard. The plane crashed in Mutiny Bay off Whidbey Island, about 30 miles northwest of downtown Seattle and halfway between Friday Harbor and Renton. Data published on Flight Aware shows the plane last seen near Oak Harbor, which was 18 minutes into what is normally a 50-minute flight.

The seaplane did not send out a distress call, according to the Coast Guard.

Officials said nine adults and one child were on board the plane.

Scott Giard, director of search and rescue for the Coast Guard, said he found “very few planes.” They found approximately four pieces of aluminum, an airplane seat and a small number of personal items they believe belonged to people on board.

Based on what he knows of the crash so far, Feith said it appears the impact was “substantial” and it’s possible the pilot or plane suffered a significant event that prevented a controlled emergency landing.