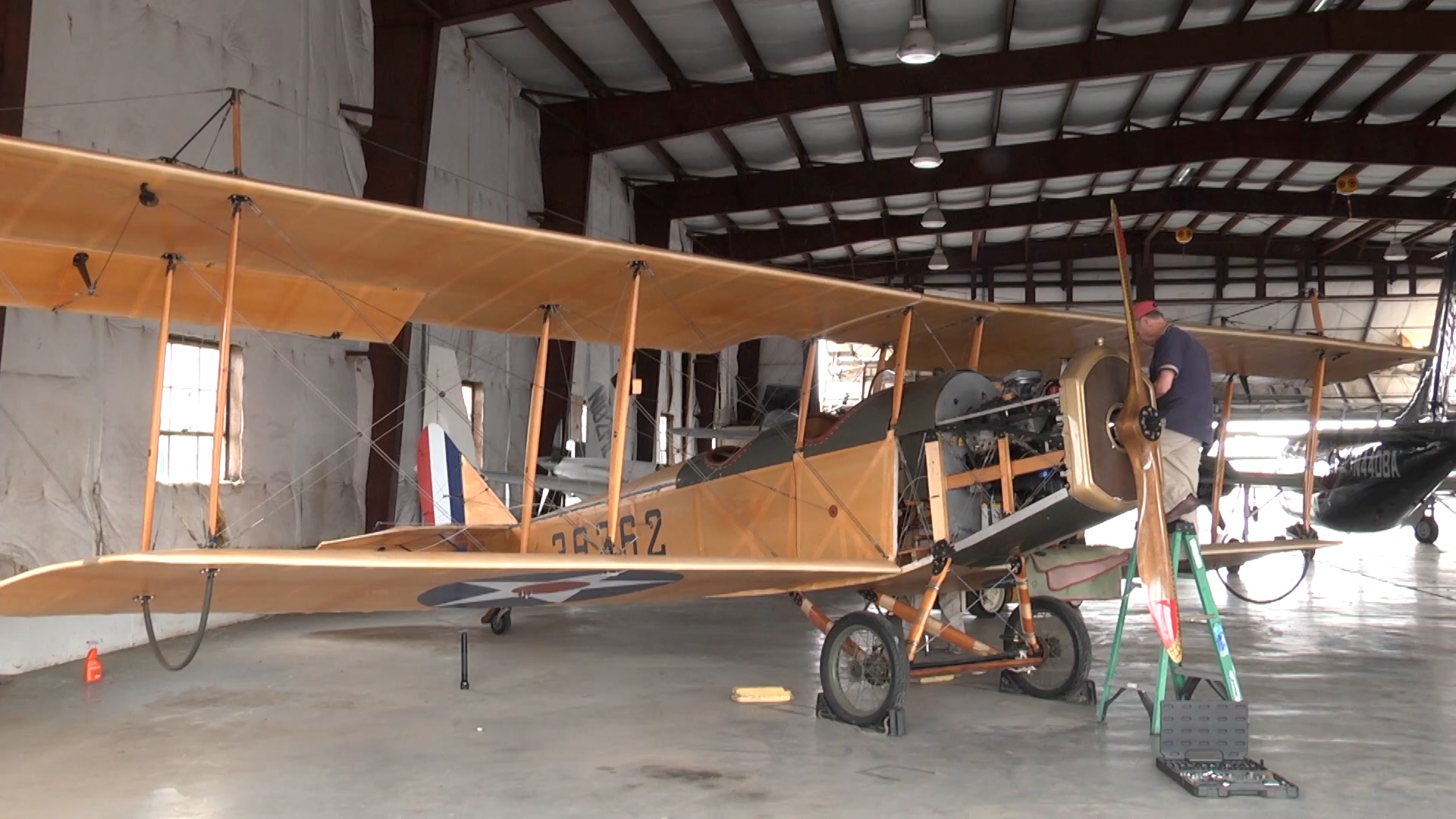 The Jenny: the last flying biplane in 1917 is in Bowling Green

A group of local men have restored a 1917 Curtiss Jenny JN4 biplane. Commonly known as “The Jenny”, it was used to train pilots during World War I.

“Ninety-five percent of the pilots who learned to fly from Canada and the United States during World War I learned to fly in the Jenny… 95 percent,” Walker said.

7,000 ‘The Jenny’ have been built…it’s only one of six left in the world…and at the moment it’s the only one that can fly across the country.

“She’s the only Jenny in the world who can fly to you. Of the other five Jennys who fly, they only fly around their airfield,” Walker said.

The Jenny is an open cockpit aircraft… you can feel the wind blowing in your face as you fly.

“It’s hard to describe…it’s uphill and it’s open where you see the ground and you see the wind speed and it says by the wind it’s 70-75 miles per hour,” Vanmeter said.

And The Jenny played another crucial role in our past.

“It was the first aircraft to regularly schedule airmail,” Walker said.

They hope that this Jenny…and this piece of American history…will live on for many years.

“People just come to see if they might see The Jenny after seeing it in the air. It’s just an unusual plane that I think everyone loves… just loves it,” Vanmeter said.

The team working on The Jenny relies on donations to keep their plane running. To help, click here.