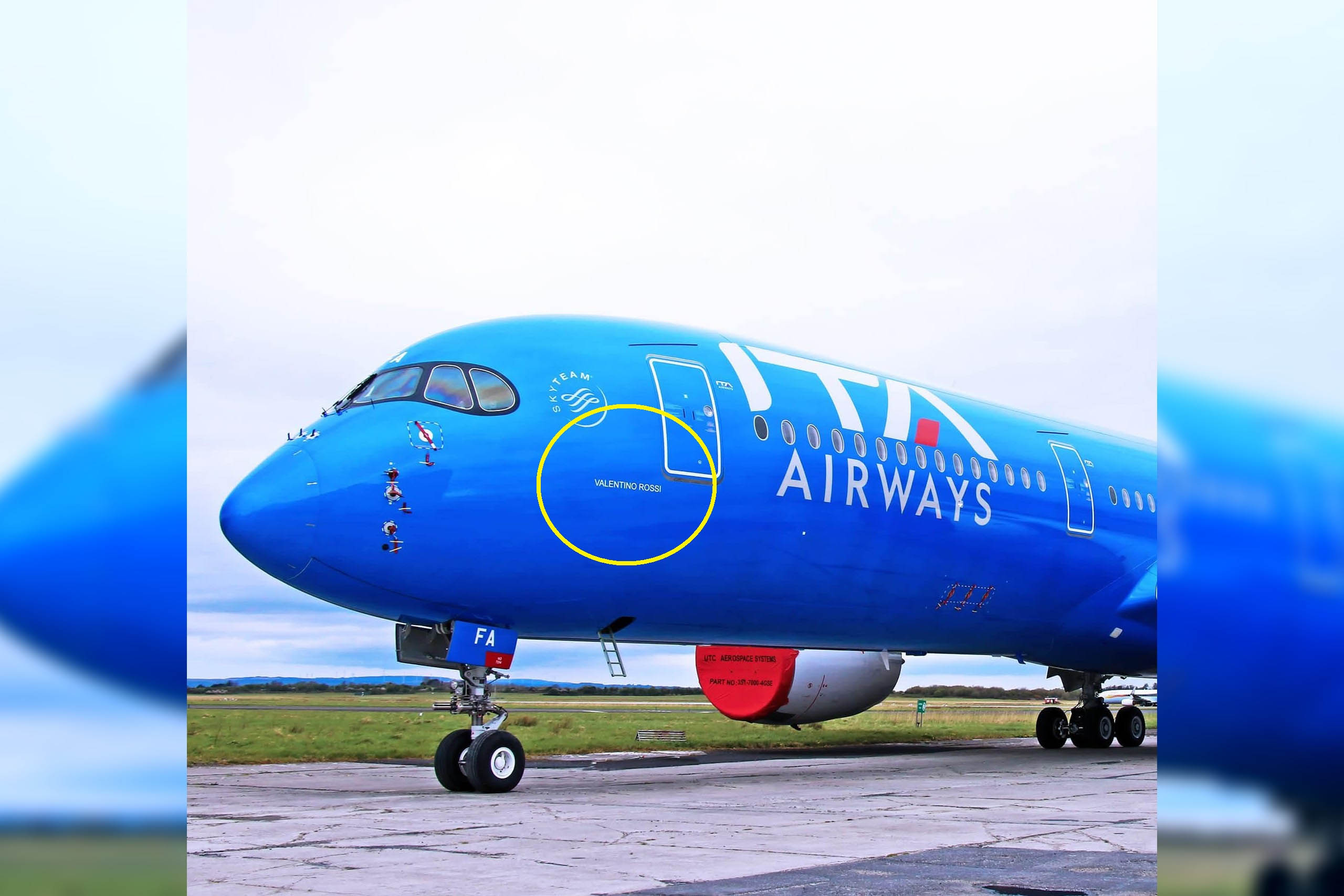 The airline names its plane after MotoGP legend Valentino Rossi

The name Valentino Rossi is synonymous with MotoGP and motorcycle racing in general, thanks to his illustrious racing career which spanned over 25 years, 9 Grand Prix titles, 115 GP wins and 235 podiums.

With such an incredible feat that is currently unmatched by any other pilot, it will come as no surprise that such a name is hugely honored and that name appears on the fuselage of an aircraft.

ITA Airways – Italy’s flag carrier since 2021 – decided it was time to honor Italians who have been champions in their respective sports by putting their name on the airline’s shiny new plane thanks to its Blue Legends program.

For the first group of athletes, the ITA has chosen cyclist Gino Bartali, cyclist Fausto Coppi, sprinter and Olympic gold medalist Pietro Mennea and footballer Paolo Rossi. For the second batch of Pride of Italy, the airline had conducted an online survey to gauge the audience on which Italian sporting legends should be honored next.

The Italian public chose 22 athletes who no longer compete in their respective sports, including the names of Valentino Rossi, Giacomo “Ago” Agustini and the late Marco Simoncelli.

Each of these new aircraft is painted in ITA’s blue and white livery, while the Italian tricolor – the symbol of the Italian flag – is proudly displayed on the vertical stabilizer of each aircraft.

Rossi, through his official social media page, expressed his gratitude and said he was happy to be part of the ITA Blue Legends program. “So nice to see my name on your plane! Glad to be part of ITA Airways Blue Legends.

And here in the country? Do you think it’s time for our airline, Philippine Airlines, to also honor our athletes by putting their names on their planes?