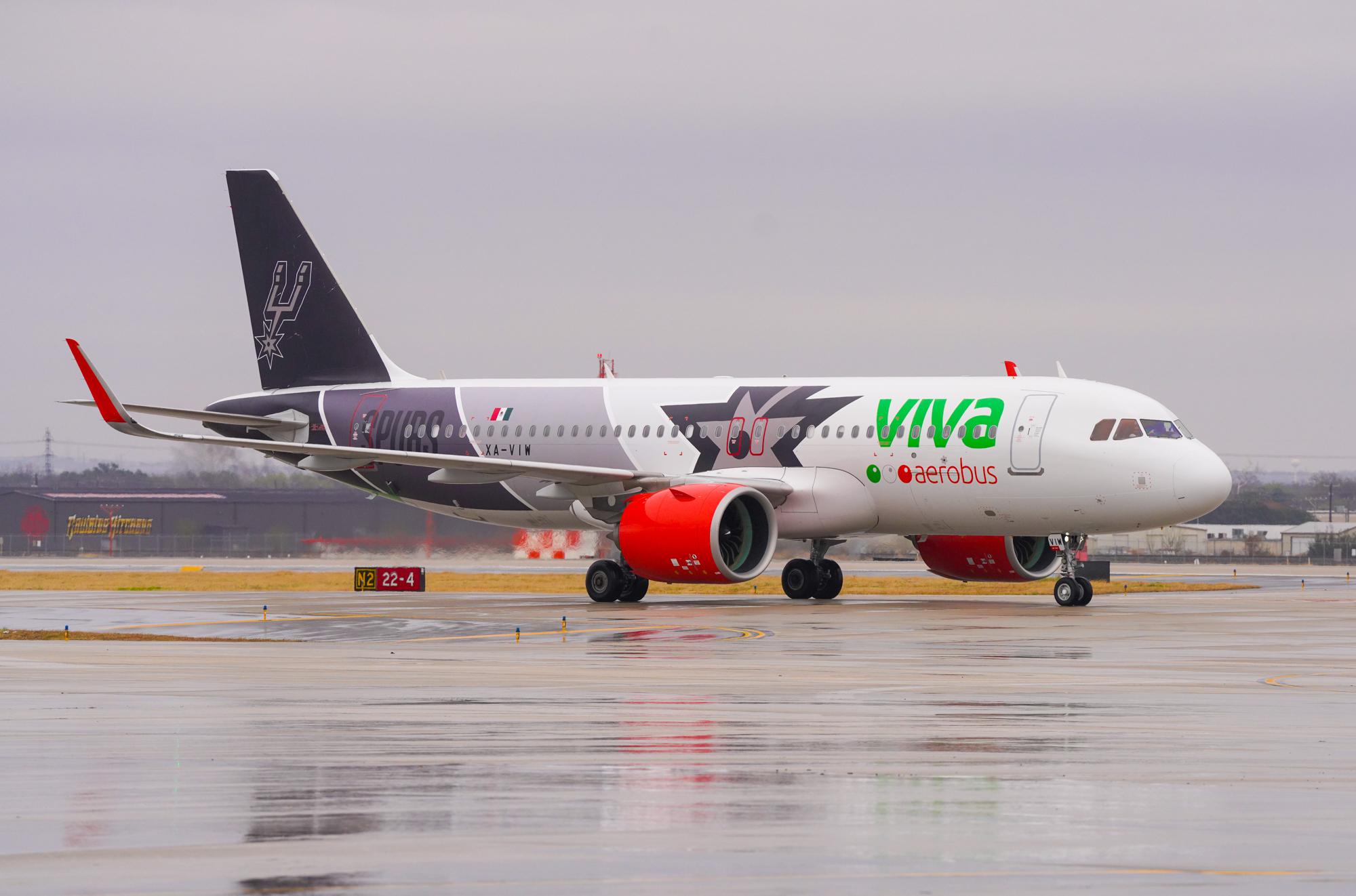 A Viva Aerobus plane emblazoned with the Spurs logo made its maiden landing Friday at San Antonio International Airport, part of the team’s strategy to expand its fan base in Mexico.

Viva’s logo appears on Spurs advertisements and signage at the AT&T Center during the team’s home games this season, and the carrier will also be mentioned in Spanish-language radio promotions.

On ExpressNews.com: As Spurs battle to give Gregg Popovich a record, a different stage looms

There are 5 million Spurs fans living in Mexico, and almost half reside in Monterrey and Mexico City, according to YouGov, a London-based research and analytics data firm.

Spurs are looking for similar partnerships and the whole league is focused on building an international fan base. The team has had many international players on its roster and San Antonio is close to Mexico, “so it makes sense for us,” Spurs Sports & Entertainment CEO RC Buford said in January.

San Antonio is a popular destination for Mexican travelers on vacation and for visiting friends and family, as well as watching Spurs games, said Viva CEO Juan Carlos Zuazua.