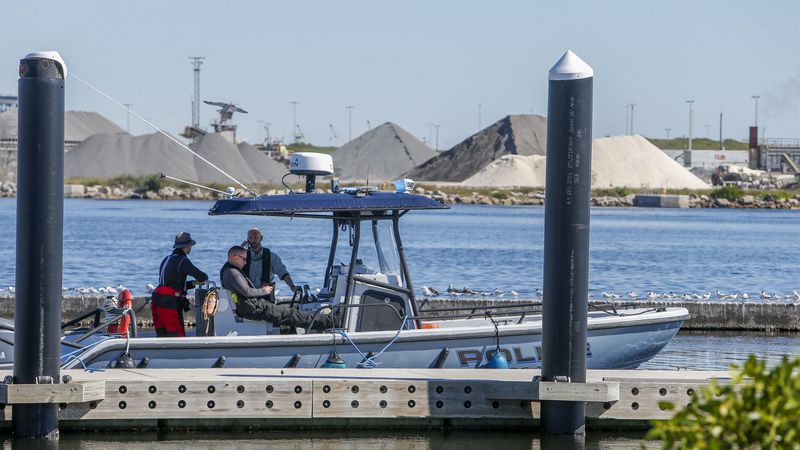 The plane crashed about 500 meters southwest of an airport runway at around 10:11 a.m., police said. The two occupants of the aircraft escaped injuries.

Aerial images showed a single-engine aircraft submerged in the bay. The plane involved was a Mooney M20 which had taken off from Gainesville and was heading towards Peter O. Knight, police spokeswoman Sandra Bentil said.

Engine problems caused the crash, Bentil said. One occupant was rescued by seaplane and the other by the Tampa Police Marine Unit.

“They both feel really lucky to be alive,” Bentil said.

An investigation has been opened by the Federal Aviation Administration and the National Transportation Safety Board.

To identify what went wrong, Bentil said, Tampa Police divers must retrieve the sunken plane in the bay. Divers were heading to the crash site around 12:30 p.m. and had to place inflatable flotation devices under the plane to lift it, she said.

The identities of those involved in the accident were not disclosed by the police.

It is the third aircraft to make an emergency landing in the Tampa Bay area in the past two weeks.

On Friday, a crew of a lifeboat from the St. Petersburg Coast Guard station pulled a pilot out of Tampa Bay three miles south of MacDill Air Force Base. The crew was in formation when they were diverted to the rescue operation at around 6.30 p.m.

The Cherokee 180 aircraft was submerged and the owner was working with a commercial salvage for the salvage. A navigation hazard advisory has been issued to maritime traffic. The pilot was able to use his cell phone light to signal the rescue team, Petty Officer 2nd Class Steven Hava said.

The cause of Friday’s crash is under investigation.

On November 4, a bug spray with engine problems made an emergency, safe landing in the grassy median of Bruce B. Downs Boulevard in New Tampa. The plane had taken off from the Tampa Executive Airport.

2021-11-15
Previous Post: Man who went to space with William Shatner dies in plane crash
Next Post: Icon A5 serves well as a rescue plane for abandoned Mooney in Florida