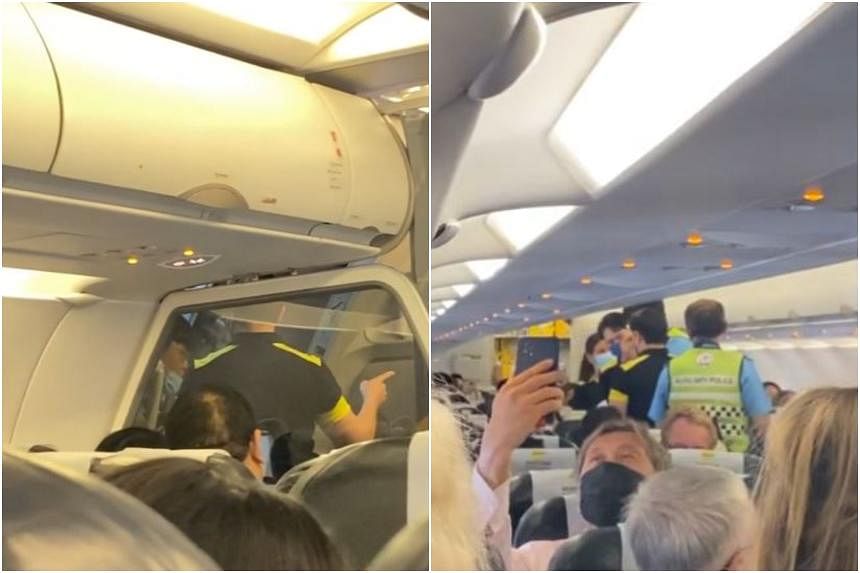 SINGAPORE — A group of unruly passengers on a Scoot flight who refused to fasten their seatbelts as they descended from the plane delayed their landing in Singapore on Monday.

Flight TR285 from Bali was approaching Changi Airport but the pilot chose to abort the landing because of the passengers.

In a video of the incident uploaded to TikTok, the pilot is heard explaining his decision on the public address system.

“We have decided to abort the approach to Singapore Changi Airport…because I have been informed that we still have passengers who are not seated with their seat belts properly fastened,” he said. -he declares.

“We are not legally able to land a plane if the cabin is not secure.”

A Scoot spokesperson said the flight was able to land safely on the second approach and the unruly passengers involved were escorted off the plane by airport authorities for further investigation.

“For passenger safety during flight, all passengers should be seated and have their seat belts securely fastened for take-off and landing, or until the seat belt signal has been turned off,” a she declared.

Disembarkation was delayed about 30 minutes.