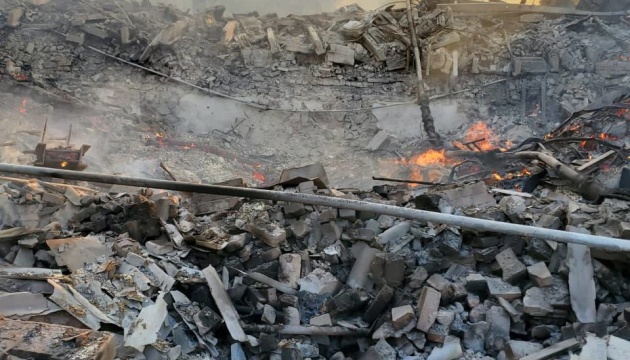 In the Luhansk region, the Russians dropped an aerial bomb on a school in the village of Belohorivka (outside the city of Lysychansk), where 90 people had taken refuge in the basement.

This was reported on Telegram by the press service of the Luhansk regional military administration, reports Ukrinform.

“The Ruscists dropped an aerial bomb on a school where almost all the inhabitants were sheltering – all those who failed to evacuate. After the attack on a local club, the school basement remained the only shelter, but the Russians also seized this chance,” the report said.

The regional state administration noted that about 30 people had already been rescued from the rubble. The rescue operation continues.

In Belohorivka, there has been a constant firefight over the past week as Russian troops tried to penetrate Ukrainian defenses in the area.

Two other underage girls and an elderly woman were injured in the attack.

2022-05-07
Previous Post: RAF aircraft came within 500ft of civilian aircraft while flying over Mach Loop
Next Post: What was the most expensive airplane in the world?