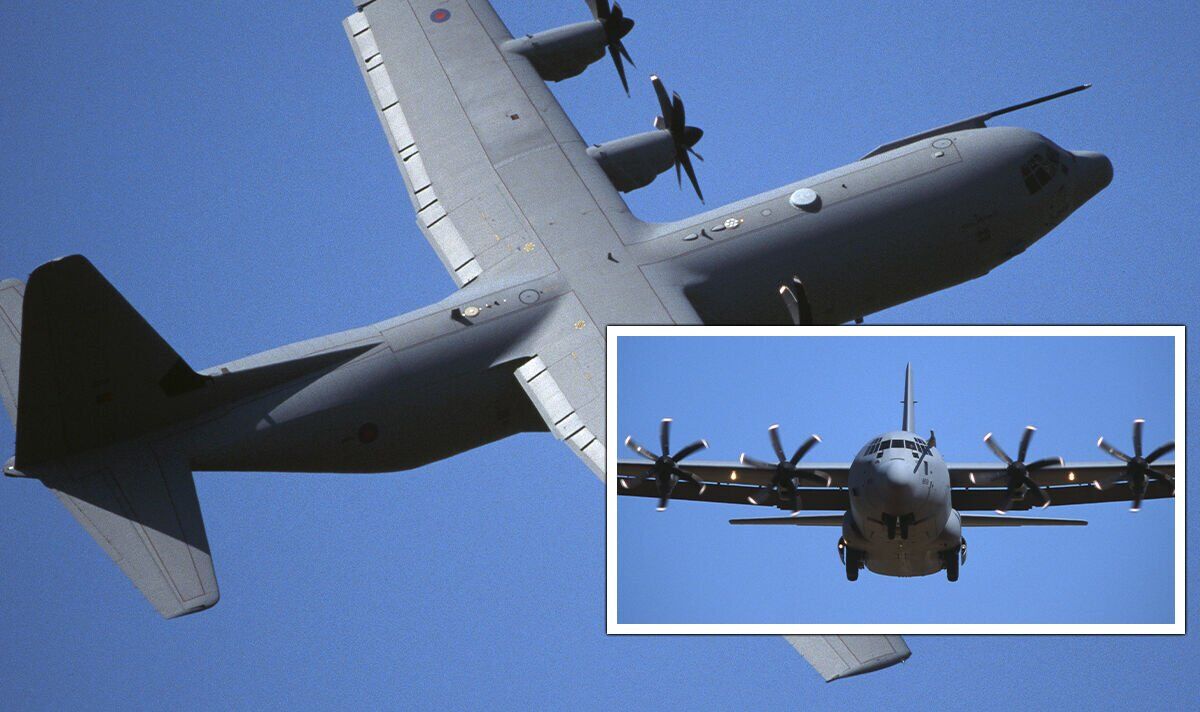 The aircraft is believed to be a C-130J Hercules aircraft and was filmed flying low over water. The flyover was captured by Janet Tompkins as she stood on Seacombe Promenade. Plane enthusiasts using flight tracking apps believe the Hercules took off in Scotland and flew over Liverpool Airport and North Wales, before heading to its base at Brize Norton in the West Oxfordshire.

He was spotted by many members of the public, some of whom posted comments on social media.

One wrote: “He flew very slowly.”

While another said: “It flew over my bungalow in Abergele.”

The Hercules is a four-engine turboprop military transport aircraft.

It was developed by the American company Lockheed Martin and has various multi-mission capabilities.

The first aircraft entered service in December 1956, after the United States Air Force issued a General Operational Requirement for an aircraft to replace its large fleets of piston-engined transports Curtiss C-46, Fairchild C- 82 and C-119.

The company went on to create a bewildering array of variants and sub-variants for the US and foreign military, as well as the civilian market.

The Hercules is the RAF’s primary tactical airlifter.

It became the backbone of operational tactical mobility tasks in the UK.

The C-130 Hercules is very flexible, with the ability to drop a variety of stores and paratroopers.

It is able to land and take off on unprepared runways.

Last Monday, a C-130J Super Hercules belonging to the US Airforce was seen flying from the east of England and descending over London.

He had taken off from RAF Mildenhall station shortly after 9 a.m.

This is located in Suffolk and, despite its status as an RAF base, primarily supports US Air Force operations.

It was used for operational combat missions by Bomber Command during World War II until 1945.

RAF Mildenhall has been a key station for the United States since the 1950s.

2022-07-02
Previous Post: First Focal Plane vs Second Focal Plane Riflescope
Next Post: The wild story of an Australian monk who hijacked an Irish plane to ask the Pope to reveal the third secret of Fatima