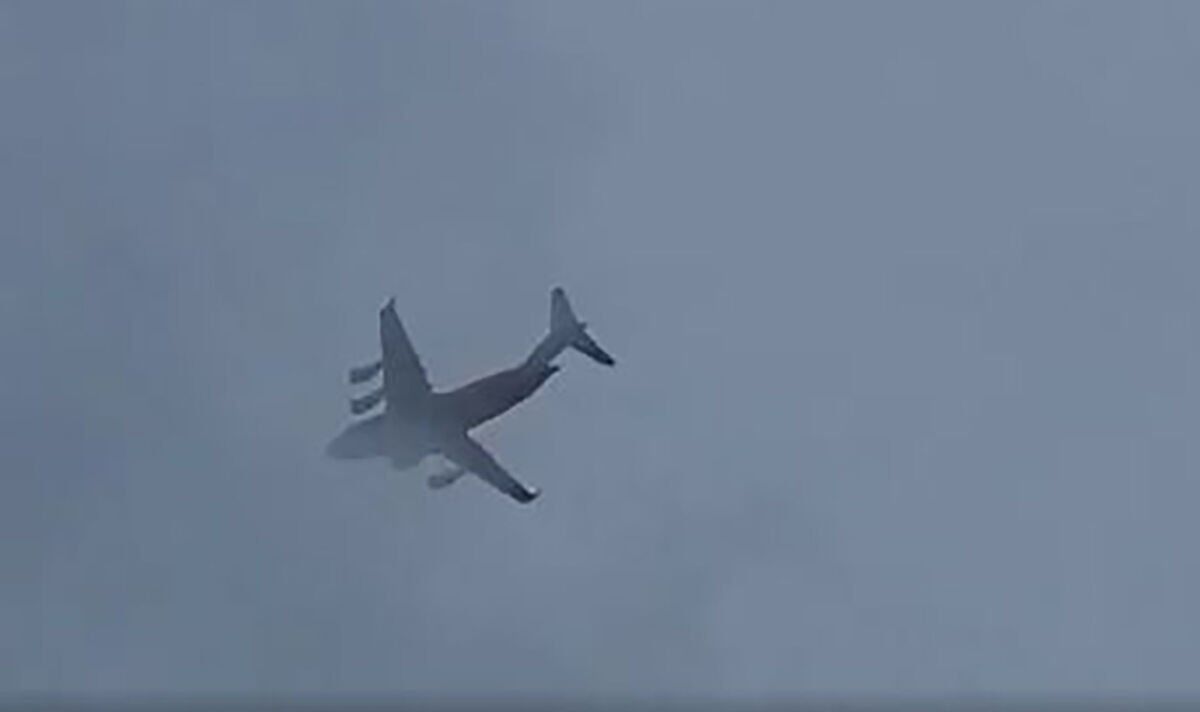 The Army-owned C-17 Globemaster III took off from RAF Brize Norton at 12:52 p.m. and headed northwest. It reached the Merseyside area, where it dived low and circled Liverpool several times.

Witnesses said it hovered for nearly an hour before heading southeast again. The aircraft reached RAF base Oxfordshire at around 2.40pm.

The heavy strategic airlifter can operate close to a potential area of ​​operations for combat, peacekeeping or humanitarian missions around the world.

The C-17 is capable of rapidly and strategically delivering troops and all types of cargo to major operating bases around the world.

The Globemaster’s load-bearing rear ramp and digitally controlled loading systems, combined with the skills of its crews and ground handlers, allow the loading of large and complex equipment, including Chinook helicopters, military vehicles and other equipment. specialized heavy.

The RAF is carrying out training exercises across the UK with a view to deploying around the world at any time, just as it did in 2017 to help with the hurricane relief effort in the Caribbean and its ongoing Operation Rescript which is helping to fight the pandemic. When carrying out training activities, the RAF tries to keep local residents up to date via social media.

However, it is not always possible to alert people or say how long the exercises will continue for security reasons.

It comes days after two other massive RAF planes were seen flying low over nearby North Wales.

Footage showed the RAF’s C130 Hercules Jigsaw-1 and Jigsaw-2 traveling over Conwy and Llandudno in North Wales on Wednesday. It is believed that the RAF were carrying out a routine training exercise from their base on this occasion.