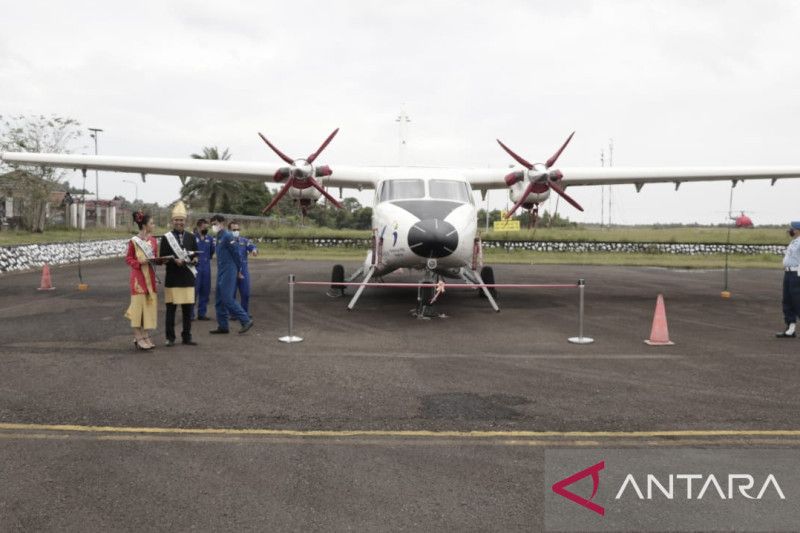 We expect the presentation of the N-219 (aircraft) at the G20 event to encourage many key people to take a direct look at the aircraft.

Belitung, Bangka Belitung (ANTARA) – State aircraft manufacturer PT Dirgantara Indonesia (DI) plans to display its Nurtanio 219 (N-219) aircraft during the implementation of the ministerial-level meeting of the working group on the development of the G20 2022 (DWG).

DWG is one of the Working Groups of the Indonesian G20 Presidency which aims to discuss development issues in Least Developed Countries, Developing Countries and Small Island Developing Countries. The meeting will be held in Belitung District, Bangka Belitung Islands Province, from September 7 to 9, 2022.

“During the implementation of the G20 Presidency event in Belitung, the Nurtanio 219 aircraft, as a creation of the nation’s children, will be exhibited in front of ministerial representatives and guests as a national iconic product “said PT DI’s Director of Production Affairs, Batara Silaban. here Monday.

He made the statement during a ceremony welcoming the arrival of the N-219 plane at HAS Hanandjoeddin airport in Belitung district.

The plane’s arrival was welcomed by the Governor of the Bangka Belitung Islands, Ridwan Djamaluddin, and his ranks.

According to Silaban, the ministerial-level meeting of the G20 DWG can serve as an impetus to promote and introduce the N-219 aircraft to the international community.

“We hope that the presentation of the N-219 (aircraft) at the G20 event will encourage many key people to take a direct look at the aircraft,” he remarked.

The director said he also hoped the showcase would generate more orders for the aircraft.

The N-219 aircraft was developed specifically to operate in mountainous areas with the ability to perform short takeoffs and landings on unpaved runways less than 800 meters in length, he said.

In addition, the aircraft can be adjusted according to user needs, including passenger and logistics transport as well as medical evacuation and air medical services.

“The aircraft is capable of flying for two hours and can carry up to 19 passengers or 7 tons of cargo, so this aircraft is versatile,” Silaban said.

2022-09-05
Previous Post: The Ukrainian army shot down a Russian plane without firing: how did it happen
Next Post: The plane that crashed near Whidbey Island has a long history in the skies of Washington