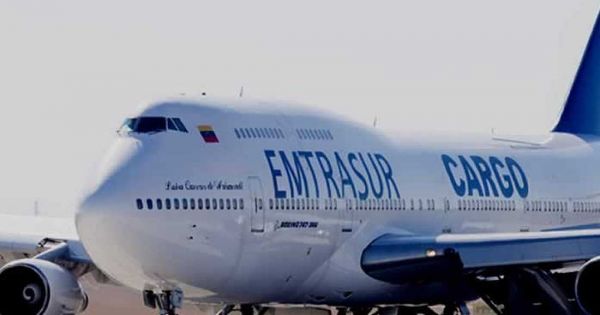 Argentine prosecutors handling the case of the Emtrasur Boeing 747-300 seized at Ezeiza International Airport on Friday objected to the plane’s crew being allowed to leave the country.

The federal prosecutor of Lomas de Zamora, Cecilia Incardona, requested an extension of the ban on leaving the country of the five Iranian nationals and the 14 Venezuelan nationals who arrived in the country on June 8 aboard the cargo plane.

The prosecutor also demanded that the plane that previously belonged to Iranian Mahan Air be prevented from returning to Venezuela.

Prosecutor Incardona said there was still a significant amount of evidence to produce and weigh before ruling on the departure of the Iranians and Venezuelans who brought seats from Querétaro, Mexico, to a Volkswagen assembly plant in Argentina. .

Although none of the crew members were formally charged with any crime, the prosecutor felt that it had not been fully determined that it was just a theft carrying cargo so that at the same time the Iranians were giving instructions to the Venezuelans on the details of the plane.

The court has not yet received a report on the contents of the cell phones of the crew members.

Incardona said she is concerned that if information from these reports results in incriminating data, neither Venezuela nor Iran will consent to the extradition of their nationals.