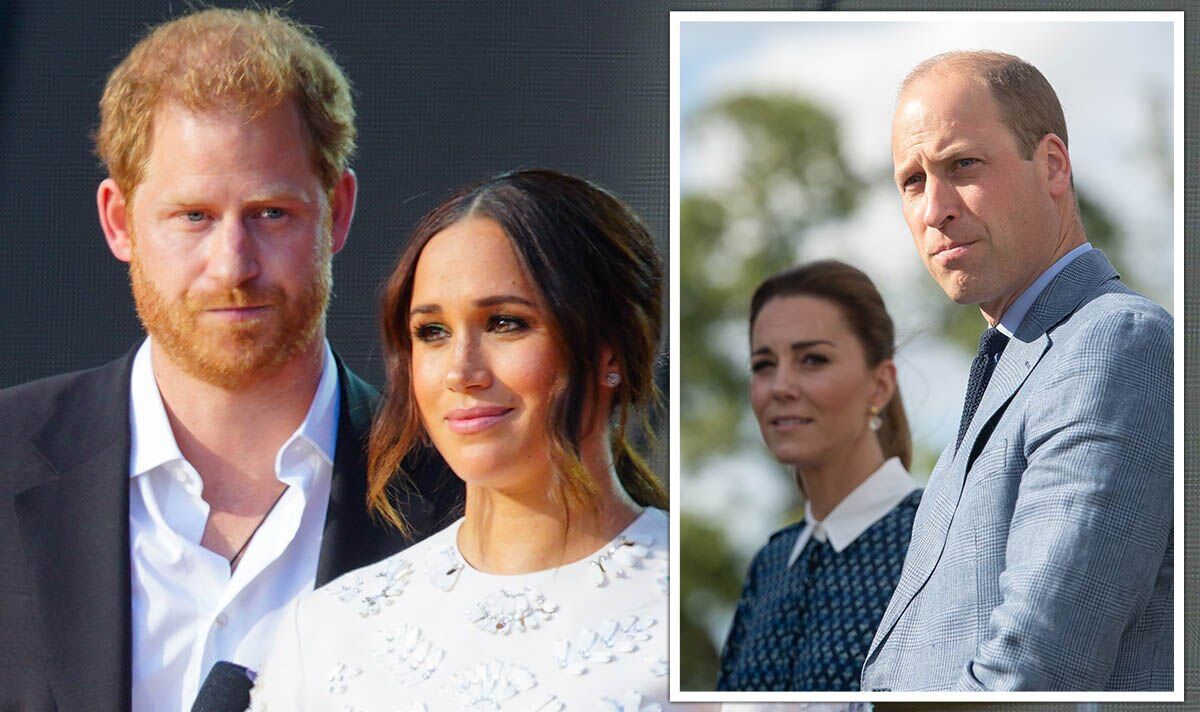 The Duke of Cambridge and his father Prince Charles are set to travel to California to speak to Prince Harry following the jaw-dropping new claims made by the Duchess of Sussex in her latest interview, according to commentator Dan Wootton. The US-based royals critic wrote a scathing op-ed titled ‘Meghan’s latest comments on the Royal Family and Britain should be the final straw for Prince Harry. Charles and William must now step in “.

In the commentary, the GB News host claimed that Meghan and Prince Harry “seem to be out to damage” the institution of the monarchy with their regular revelations and bombshells.

Writing in the MailOnline, he added: “That’s why Prince Charles and William, ideally accompanied by peacemaker Kate, should board a plane for California.

“I know there are a million reasons why such an idea would be dismissed as absurd and impossible, especially since the chance of reaching Harry seems close to zero – he is a co-pilot on this kamikaze mission, after all. .”

However, he added, with the decision the Royal Family “would have tried everything, on behalf of the Queen, the institution she has worked her whole life to protect and the country she loves”.

Meghan chose to speak with New York magazine The cup for his first major cover interview since the Sussexes stepped down as senior royals in the spring of 2020.

This claim has been refuted by some members of the British press, including Royal correspondent for the Daily Express, Richard Palmer.

Speaking of the strict rules in place in the UK regarding reporting on children, even royals, Mr Palmer tweeted: “I’m afraid Meghan would be a freak if she thinks this would happen daily in the UK, where the code @ipsonews has strict rules on the treatment of children in education.”

The Duke, who comes in during the interview mainly to talk about the couple’s organization, Archewell, appeared to lash out at his family.

Discussing how they run Archewell from a shared home office, Harry said: “Most people I know and a lot of my family cannot work and live together.

“It’s actually really weird because it seems like a lot of pressure. But it feels natural and normal.”

Additionally, Meghan seemed to suggest that she was trying to “forgive” the Royal Family.

After noting that she never signed a non-disclosure agreement after stepping down from her starring role with Harry, the Duchess said: “It takes a lot of effort to forgive.

“I really made an active effort, especially knowing that I can say anything.”

No member of the royal family has yet issued a statement following the publication of this latest interview.

The company is likely preparing for more potential digs at its expense, as today will also see the release of the second episode of the Archetypes podcast series, hosted by Meghan.

In the first episode, while chatting with her host, tennis star Serena Williams, the Duchess apparently slammed the Palace for asking her to continue carrying out her commitments after a fire broke out at the nursery where her four-month-old son was supposed to be sleeping during the royal tour of South Africa.

After saying her son was unharmed as he wasn’t in the room when the incident happened, Meghan said: ‘And of course as a mother you’re like, ‘Oh my God , what? Everyone is in tears, everyone is shaken.

“And what should we do? Go out and make another official engagement?

“I said, ‘That doesn’t make any sense. Can you just tell people what happened?

“And I think the focus ends up being on how he looks rather than how he feels.”

The couple, Meghan recalled, had left the child in the care of her beloved nanny shortly after landing to travel to Nyanga Township for their first joint engagement.