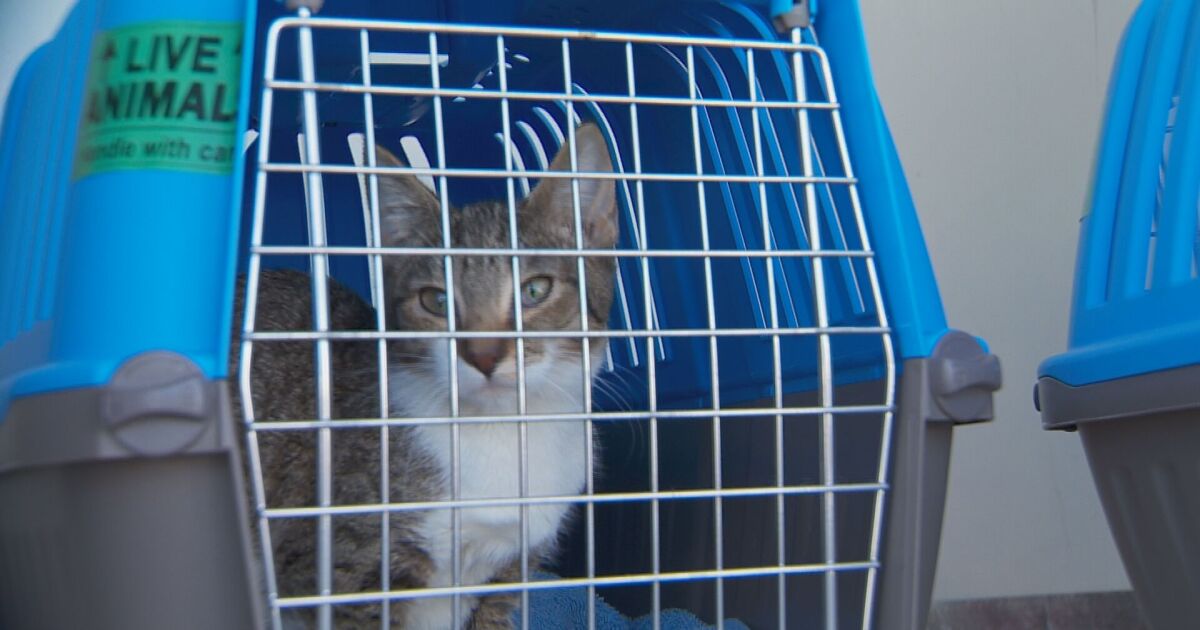 NASHVILLE, Tenn. (WTVF) – Pet shelters in Florida are moving animals that were up for adoption before Hurricane Ian and getting help from rescue workers in central Tennessee.

On Monday, animal rescue corps in Gallatin picked up 40 cats from crates at Nashville International Airport. The jet carrying the cats from Naples, Florida landed around noon.

As Florida’s shelters are cleared, there is room for animals uprooted in the catastrophic storm to stay during the cleanup.

“Those animals that have been moved by the storm – whose home has been destroyed and the cat has run away – can stay put and be reunited with their families,” Cunningham explained.

Race for Life Rescue provided the aircraft for this mission. It’s a new plane and it will only transport animals from now on.

“Our vision is to fly this plane as often as two or three times a week. If we can achieve that, we can move 7,000 to 10,000 animals a year,” said Race for Life Rescue founder Jim DeFrancesco. . and a pilot.

According to Animal Rescue Corps, in some cases it is much easier for them to fly with animals than to drive.

“When you put animals on such a long haul, they often get sick because they’re so stressed,” Cunningham said.

It was the plane’s maiden voyage. It will eventually be kept in a shed in Nashville between trips. It will mainly be used to evacuate dogs and cats living in poor conditions, such as killing sheds.

After some rest, Florida cats will be placed in shelters in Tennessee and bordering states. Luckily, since they were already in a shelter, most have the shots they need to get adopted quickly.

“Our volunteers will love and care for these animals as we reach out to our network of placement partners across the country, and allow them to determine which ones they can care for,” Cunningham said.

Animal Rescue Corps and Race For Life Rescue said the rescue flight would not have happened without the BISSELL Pet Foundation and the Humane Society Naples.

2022-10-03
Previous Post: Types of Bangladeshis you see on an airplane
Next Post: We approached the X-35B Joint Strike Fighter: the plane that gave birth to the F-35