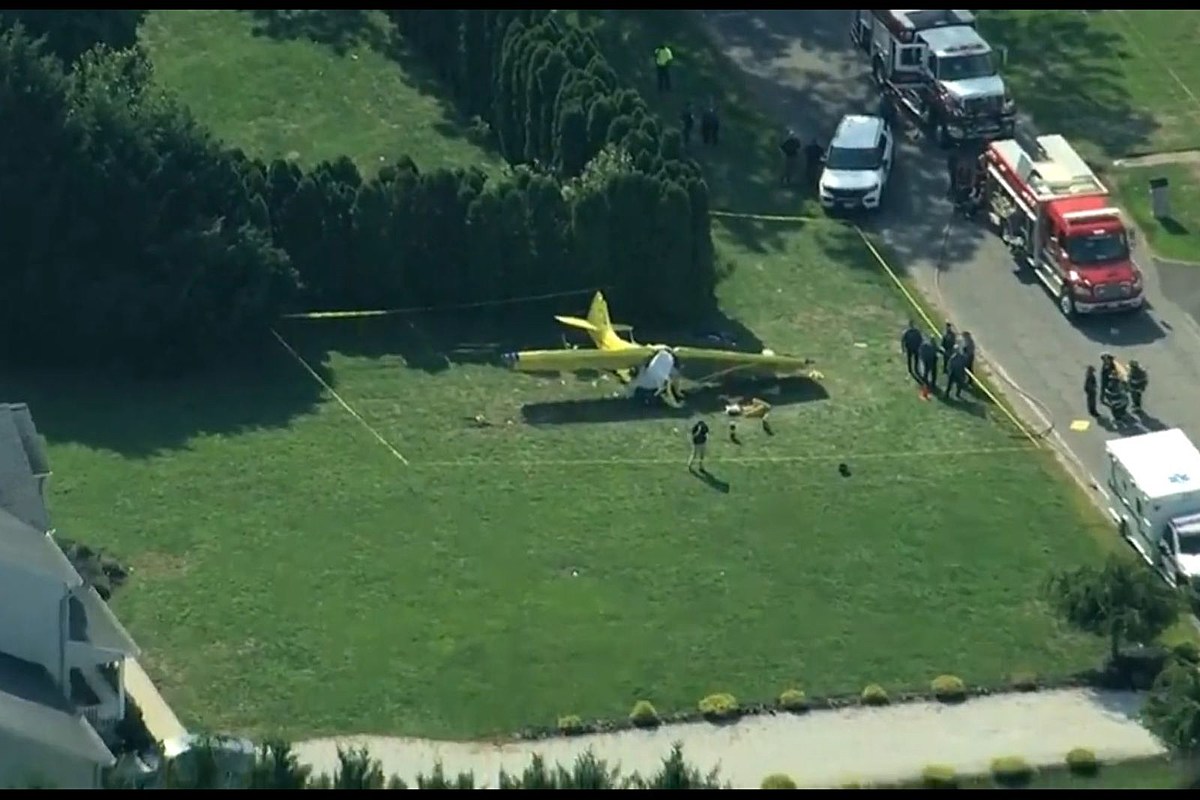 The yellow single-engine Champion Aeronca 7AC crashed in a yard on Parvin Mill Road around 2 p.m., according to the FAA.

State police said the pilot and passenger were the only people on board.

The FAA did not release the plane’s flight plan or the identities of the victims.

Video of the crash shows the plane in one piece in the large front yard. A white sheet has been placed over the cockpit. A yellow band surrounded the aircraft.

Dan Alexander is a reporter for New Jersey 101.5. You can reach him at [email protected]

KEEP READING: Scroll to see what the headlines were the year you were born

Here’s a look at the headlines that have captured the moment, spread the word and helped shape public opinion over the past 100 years.

WATCH: These are the 50 largest retailers in America

These are the most popular TV shows ever to air on Netflix (in English), based on hours watched during their first 28 days on air.