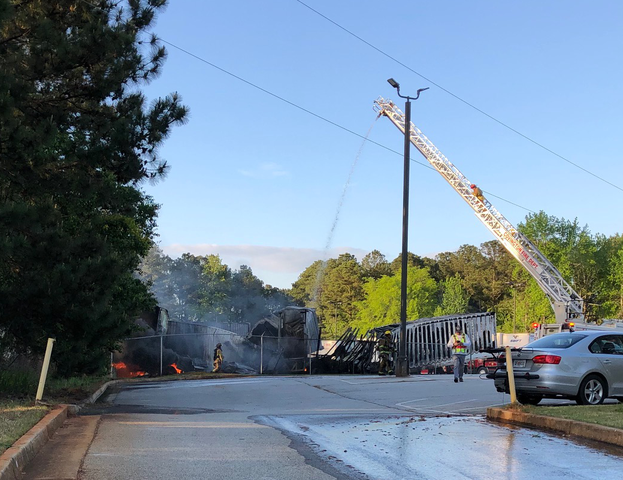 Pilot in formation before a small plane crashes in Covington

COVINGTON, Ga. – Federal officials were investigating Friday, April 22, after police said there were no survivors aboard a small plane that crashed into a storage yard and exploded on impact near from the General Mills factory in Covington.

The victims’ remains were sent to the GBI Crime Lab in Decatur for identification, he said.

“This is a horribly tragic situation. We are working very hard on leads to help identify the two victims,” Malcom said.

The National Transportation Safety Board (NTSB) was investigating to find out the cause, he said.

NTSB spokesman Peter Knudson said an NTSB investigator was working with the Covington Fire Department on Friday to locate the remains of the charred plane for inspection at another location, Knudson said.

Knudson confirmed that the plane’s owner was receiving flight instruction on “touch-and-go landings” when the incident occurred.

The incident was reported around 6.45pm after the plane took off from Covington Municipal Airport heading northeast and crashed about half a mile away in a remote area where semis -trailers were stored on General Mills grounds, Malcom said.

He said the plane struck tractor-trailers on the ground about 100 yards east of the plant’s Harland Drive entrance near Industrial Boulevard, northeast of Covington. Everyone on board the plane died after it burst into flames on impact, Malcom said.

“According to witnesses, they believe the plane had difficulty gaining altitude,” Malcom said, speaking to reporters near the Harland Drive entrance.

“They could hear the engine problem. Suddenly the plane veered right and immediately descended and crashed into the field behind us – the General Mills plant that produces grain here in our area.

“The plane crashed in an isolated area here in the field behind us near where they store the semi-trailers. The plane descended into four, what appeared to be, empty trailers.

“There’s a lot of charred metal there,” he said.

However, no one on the ground was injured and it happened in a fenced area about 400 yards from General Mills’ 24-hour production plant.

Malcom said he did not believe workers needed to be evacuated from the plant.

“The fire was contained in the isolated area,” he said.

A witness, identified as Roger Boyd, told reporters he was driving home from Home Depot when he saw the plane “driving very slowly”.

Boyd said he noticed the twin-prop plane was not operating normally as it was about 50 meters in the air and “sort of floating”.

“He was sliding very, very slow,” Boyd said. “I thought they were doing some sort of training exercise.”

Malcom said plane crashes involving fatalities around Covington Airport have been rare in his three decades with the city’s police department.

He said firefighters from agencies in addition to the two local agencies responded to the scene due to the possibility that the accident formed a large field of debris or hit several structures.

However, most turned back after seeing it was contained in a relatively small area, he said.