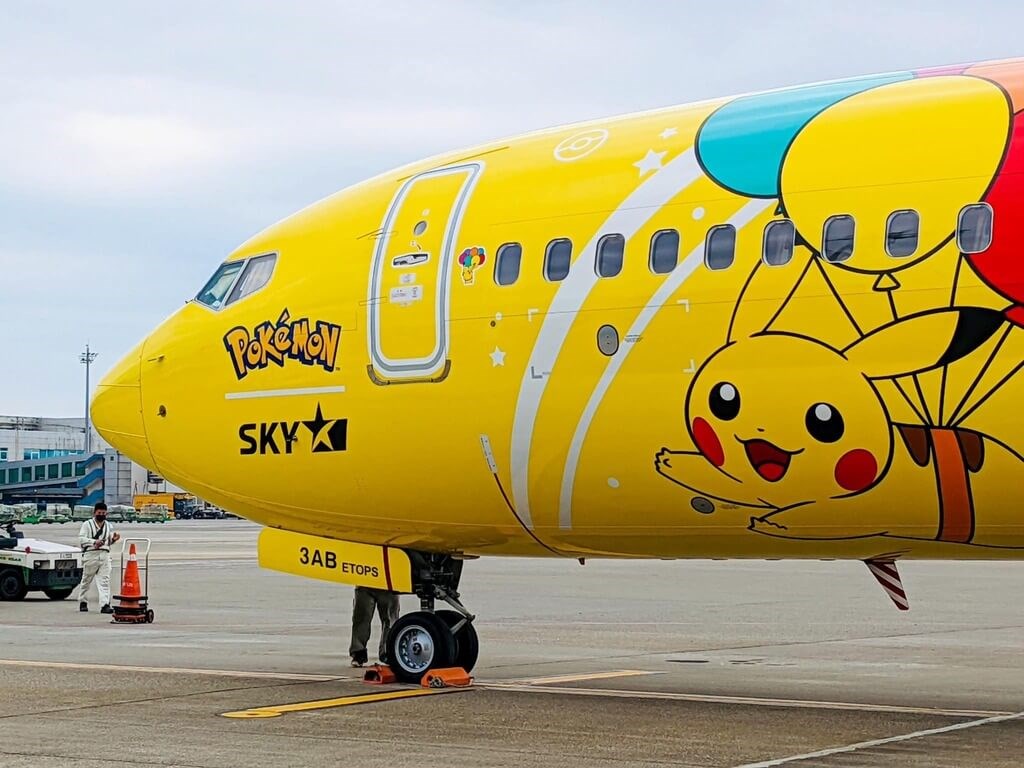 “Pikachu, I choose you!” : a Pokémon plane lands in Taiwan

Taipei, March 5 (CNA) “Wild Pikachus have been spotted in Taoyuan!” A Japanese plane with a special Pikachu-themed livery landed at Taiwan Taoyuan International Airport on Saturday for a planned stay of 13 days.

The plane’s body is painted entirely in yellow, the trademark color of the world’s second most famous cartoon rodent, and is also covered in images of the famous Pokémon character in action.

The aircraft entered service with Skymark Airlines in Japan last June and is expected to retain its Pikachu paint job for five years.

The design is the result of a collaboration between Skymark Airlines and The Pokémon Company, the company responsible for brand management, production, publication, marketing and licensing of all intellectual property and characters from the famous franchise.

The aircraft will be grounded from the morning of March 5 until the evening of March 18 for service and maintenance at the hands of Evergreen Aviation Technologies Corp.

Although Skymark does not operate routes to Taiwan, Taoyuan hangars are able to service the aircraft, which is a Boeing 737-800.

As the plane will depart from Taiwan on March 18 to resume services between Okinawa and other domestic destinations in Japan, fans of the popular anime character are encouraged to visit areas near Taoyuan Airport now to try out to “spot the rare Pokémon” before the plane “takes off again”.

2022-03-05
Previous Post: Mason Hutchinson will speak at the “Plane Crazy” event on March 19 | Way of life
Next Post: Russian plane shot down on outskirts of Chernihiv city in northern Ukraine, Ukrainian officials say