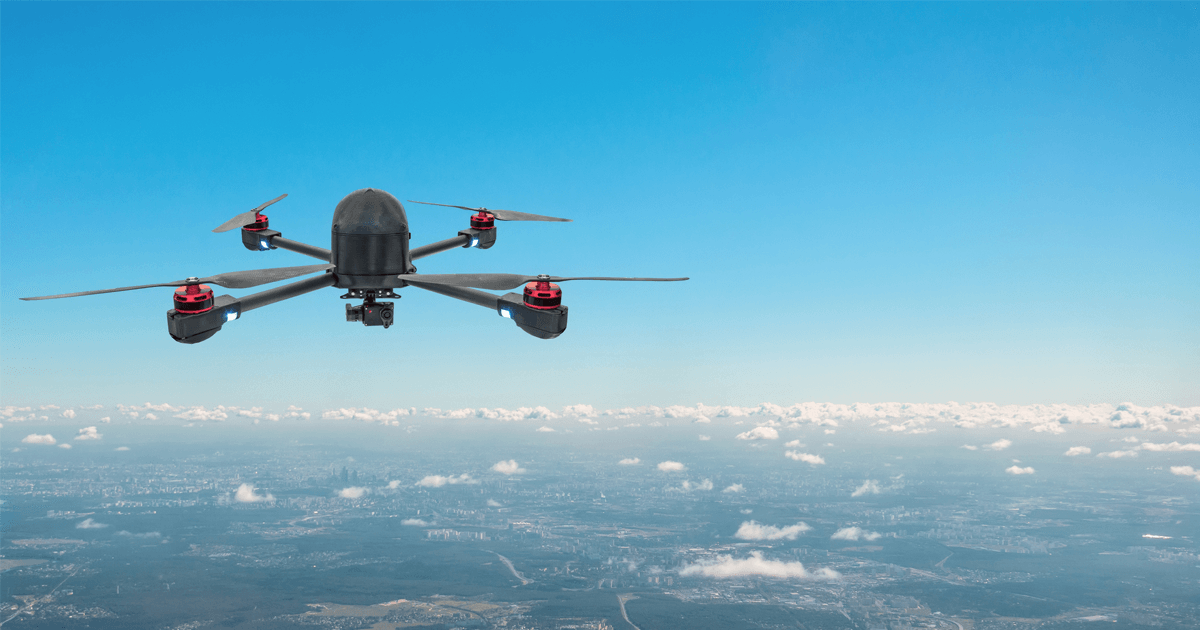 Recently, researchers presented an anemometer that uses strong materials that help to significantly reduce drag while simultaneously reducing power consumption and improving performance. What challenges does wind present to autonomous drone systems, which have researchers demonstrated, and how does this illustrate the importance of solid-state devices?

What challenges does wind pose to autonomous drone systems?

Drone technology has arrived exceptionally far in a very short time, thanks to advances in microcontroller, battery and material technologies. One design, in particular, that has helped the drone industry is the quadcopter, as it allows vertical and hover take-off capabilities and is highly adaptable in different conditions.

If combined with autonomous flight, a quadcopter can be designed to track a target at any speed and provide air cover via live video streams. Such a platform can also be configured to deliver packages to a predefined destination, with an autonomous flight system guiding the drone to the destination, dropping the cargo and returning to base. In fact this has been done to some extent on Mars with the Ingenuity drone receiving waypoint instructions but deciding how it should move instead of relying on a live stream of earth control data .

But even though autonomous flight systems have advanced, they still suffer from many challenges. One of these challenges is recognizing objects and deploying safe object avoidance routines, and another is the ability to reliably see other drones to avoid mid-air collisions.

The wind, however, is a challenge that is not so easy to solve. A strong gust of wind can easily knock a drone off course significantly, making it difficult for autonomous drones to operate safely in windy conditions. Trying to react to wind changes in real time can be difficult because the on-board computers would try to correct the resulting movement caused by the wind instead of understanding the current wind speed and direction and then making adjustments to counter the wind before the drone is moved.

Wind detection can be done using many technologies, often cumbersome and energy-consuming. Anemometers usually consist of a small fan or sail that picks up the wind and spins a dynamo, and the voltage generated corresponds to a wind speed. However, these anemometers are bulky and cause significant drag, which is problematic to say the least.

Another detection method is the use of a hot wire placed in a chamber. The faster the airflow passes in front of the wire, the colder the wire becomes, which corresponds to a decrease in resistance. But although there are no moving parts, it still introduces drag and requires high currents to heat the wire.

Recently, researchers at Ohio State University developed an anemometer that uses piezoelectric elements to determine wind speed and direction, offering many benefits, including reduced power consumption and minimal aerodynamic drag. To create the new devices, the researchers turned to polyvinylidene fluoride (PVDF), which is a piezoelectric polymer that not only provides sensing capabilities, but is also self-powered.

When exposed to wind, the resulting compression creates a change in capacitance, while changes in wind speed and direction also cause changes in voltage (remember that piezoelectric elements produce voltage when changing deformation). After extensive testing, the researchers were able to show capacitance changes that corresponded to wind changes with a mostly linear correlation (this is particularly beneficial as it eliminates the need for AI processing to isolate the data).

But by far the most important feature of the new sensor is that its low profile size allows it to be mounted on the surface of an airfoil, and that minimizes sensor drag effects while providing the boat with wind sensing capabilities. Additionally, the use of wind sensors embedded in the airfoils also allows craft to confirm the condition of the wings and detect sudden changes in the airfoil.

The new sensor also offers advantages for non-winged drones. The sensor’s small size and low power consumption make it ideal for miniature drones that are particularly vulnerable to wind, and the ability to sense wind and react safely to sudden gusts makes using these drones at safer proximity to people.

Currently, the researchers plan to perform more tests on their sensor and see how well it performs in a real application.

How does this demonstrate the importance of semiconductor devices?

Although the researchers didn’t call their device a “solid-state” sensor, it certainly is.

Solid-state devices offer a host of advantages over other sensing technologies, including no moving parts, longer lifespans, smaller sizes, and lower power consumption. Of course, solid-state devices will often be more expensive (see SSD vs HDDs) and can sometimes present technical challenges, but it’s clear that engineers are slowly shifting to solid-state devices.

If the sensor developed by the researchers does indeed become mainstream technology for detecting wind speed, it could help improve drone safety and, therefore, help create fully automated drones.