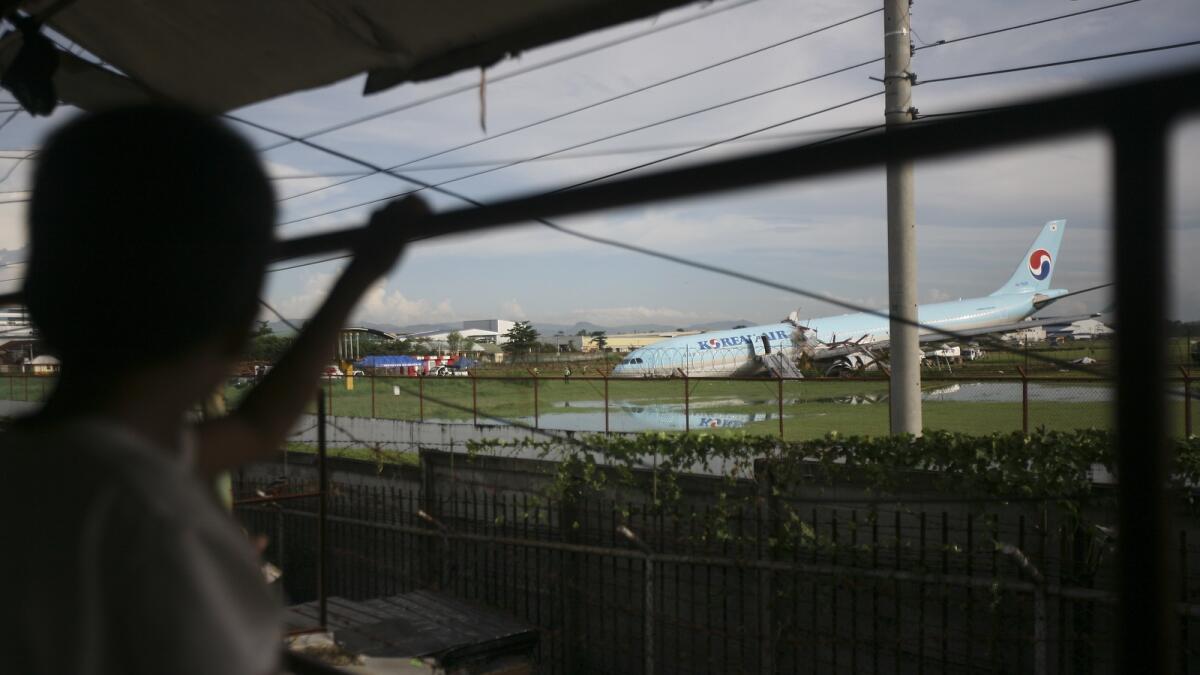 Philippine authorities on Tuesday allowed a major airport to partially reopen to international and domestic flights despite the damaged Korean Air plane stuck in the grass near the runway after a near-tragic crash over the weekend.

Mactan Island airport in Cebu province, the country’s second busiest, is reopening from sunrise to sunset to help alleviate the large number of canceled commercial flights and stranded passengers due to the crash from Korean Air on Sunday night. 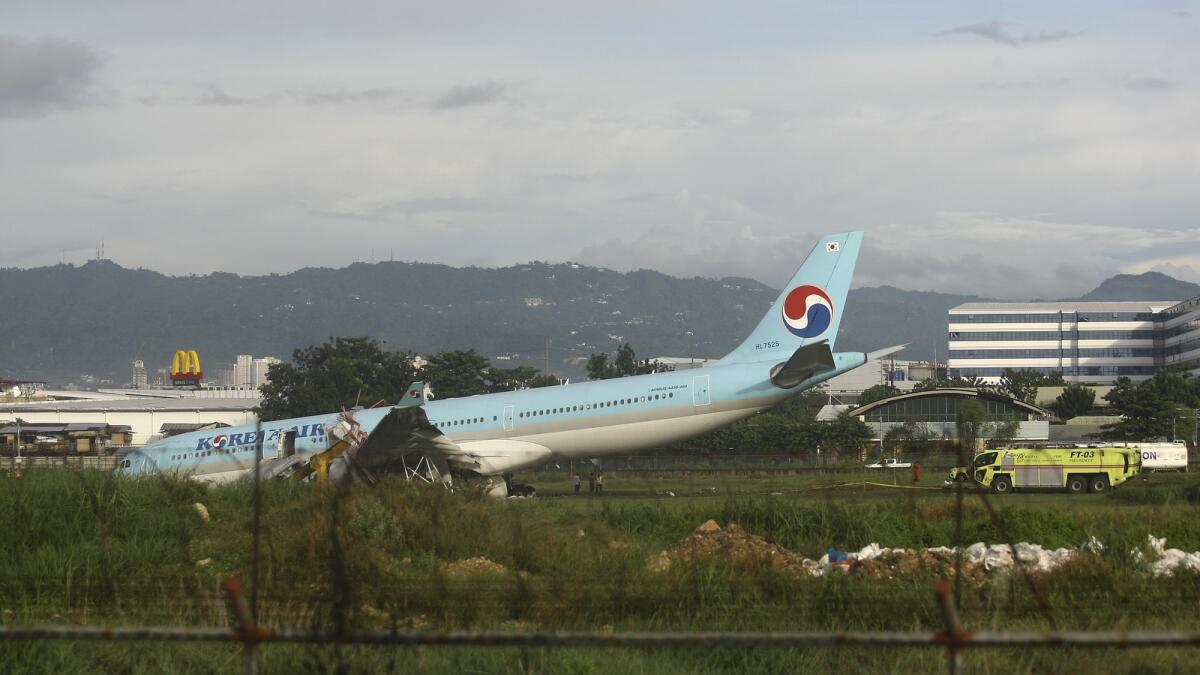 The Airbus A330 from Incheon, South Korea, carrying 173 people, attempted to land twice before overrunning the runway on the third attempt in rainy weather, Korean Air Lines Co. said in a statement. a statement.

The 162 passengers and 11 crew members escaped via emergency slides with no serious injuries reported, authorities in Korea and the Philippines said. 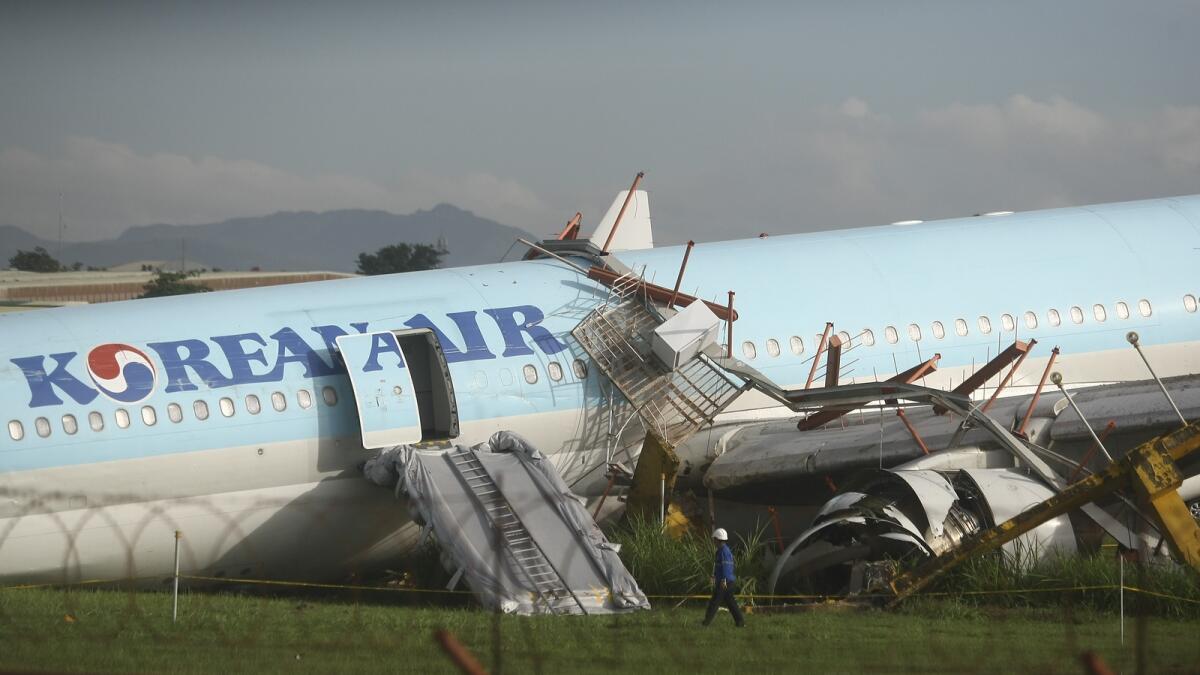 But more than 100 international and domestic flights have been canceled since the crash due to the stuck plane, which authorities expect to be towed from a grassy area at the end of the runway later Tuesday at the earliest. Philippine civil aviation officials said the unaffected portion of Mactan Airport’s only usable runway could be reopened to flights during the day when visibility is good after being cleared of debris from the crash. sunday.

The aircraft’s front belly was sheared off and its nose was heavily damaged. The plane was tilted forward on a grassy area with its nose landing wheel not visible and emergency slides deployed at the doors. A gash-shaped torn hole was also visible at the top of the plane above an entrance door.

Philippine officials said on Monday that the plane’s remaining fuel would be siphoned off before efforts began to pull the plane off the end of the runway.

The terrifying call prompted a public apology from the chairman of Korean Air and a vow from one of Asia’s biggest airlines to take action to prevent it from happening again.

“We always prioritize safety in all of our operations, and we truly regret the stress and inconvenience caused to our passengers,” Korean Air Chairman Woo Keehong said in a statement. 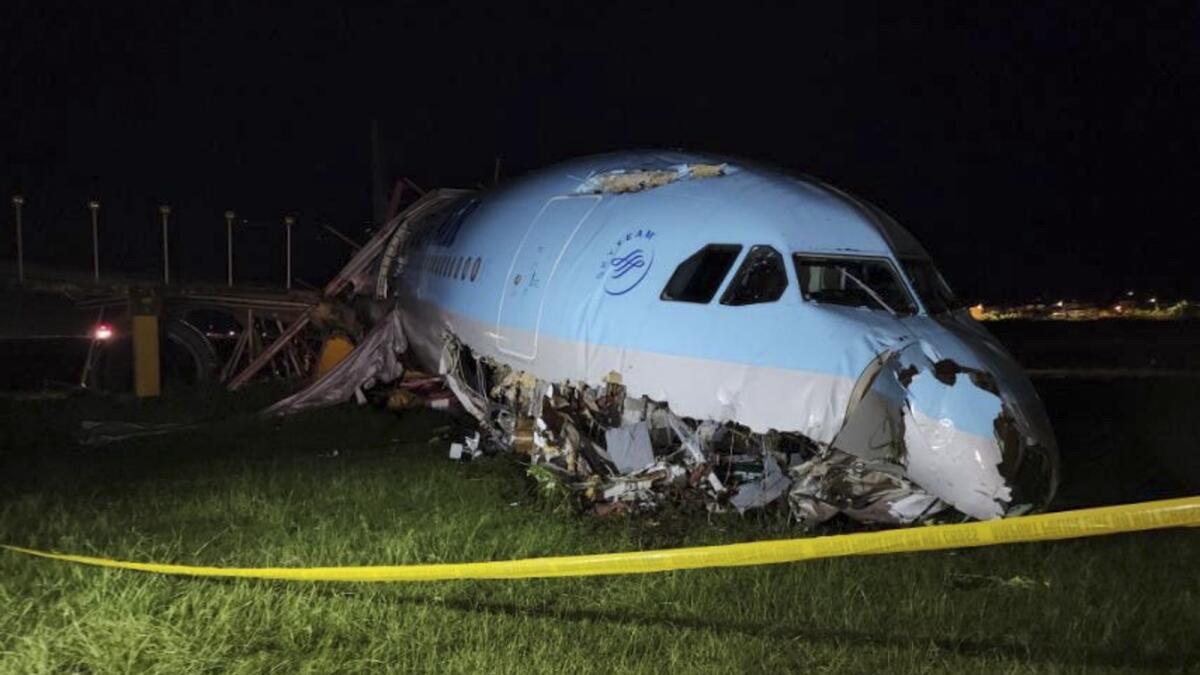 A Philippine investigation was underway to determine the cause of the crash, including why the pilot was cleared and proceeded with the landing despite the rainy weather.

Other planes managed to land safely at the same time shortly before the Korean Air plane landed, a Philippine aviation official said.