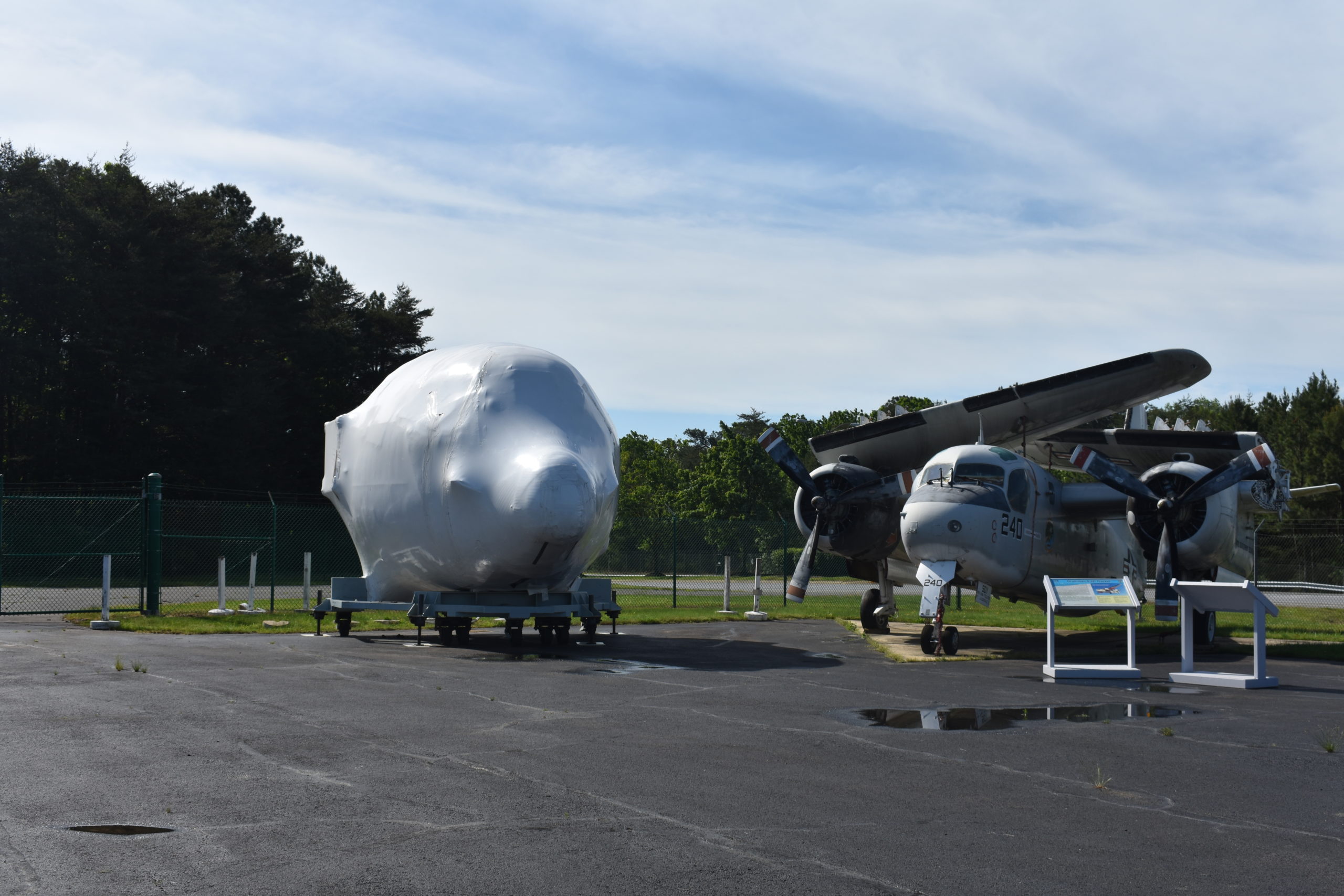 No longer needed as a naval training simulator, a giant C-130 training cockpit has found its final destination as a future interactive exhibit at the Patuxent River Naval Air Museum in St. Mary’s County, Maryland . The cockpit was removed from service and shipped to the museum on April 10, where it is covered in white plastic wrap, awaiting display.

After being moved from Fort Worth, Texas in 2012, the C-130 simulator trainer spent the previous 10 years at Naval Air Station Patuxent River (NAS Pax River) in St. Mary’s County.

Some of these employees trained using flight simulations in the cockpit of the C-130. Its relative, the C-130 cargo aircraft, has been used by the US Air Force, Marines and Navy since 1960 in “Antarctic support missions, assault transports, air tankers, general transport and many other specialized missions,” says Patuxent (Pax) River Naval Air Museum. The aircraft’s empty weight stands at 75,800 pounds and was considered a workhorse for the military. The C-130 can reach a top speed of 320 miles per hour.

The cockpit of the training simulator is 23 feet high, 27 feet long (including a trailer underneath) and 16 feet wide, dimensions which allowed for a slow and careful towing operation to bring the cockpit to Naval Air Museum.

The “retirement” of the simulation device came after the modernization of the C-130T program adjustments, and the training cockpit was no longer needed. Members of the Tactical Airlift Program team, according to NAVAIR, received permission to donate it to the museum after its retirement. Currently, it sits next to 25 Navy and Marine Corps aircraft on the museum’s flight line, waiting to be unboxed and turned into an interactive exhibit.

“We really want people to get up close,” says Scott Gray, executive director of the Pax River Naval Air Museum, “to feel what those pilots feel when they’re out there.”

The cockpit should be on display within the next year, staff speculate, with the right amount of fundraising. Gray looks to the next stage of the cockpit at the museum in hopes that it will serve as a link between Navy personnel and the public, saying the museum “would love to hear from vets and people who have worked in things like this one”.

“It’s more than a tangible object,” he reminds visitors, “it’s about people, people who conceived the need, people who exploited it. About the people behind. People are the reason we are here.

2022-05-23
Previous Post: Terrifying B-2 Stealth Bomber – the most expensive aircraft in the world
Next Post: Private Aircraft Market Size and Forecast