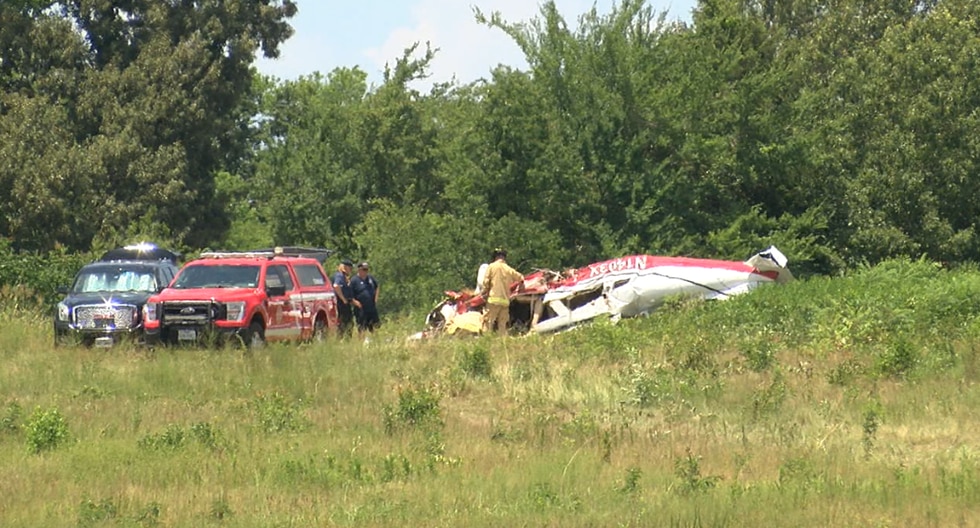 MOUNT PLEASANT, Texas (KLTV) – The Texas Department of Public Safety confirms that one person died in a plane crash in Mount Pleasant on July 3.

According to DPS, the single-engine plane crashed near County Roads 4550 and 4530, just north of Mount Pleasant Airport. DPS said the preliminary investigation indicates the plane was approaching the runway from the north when it cut through a tree and crashed north of the runway.

The DPS and his family members have confirmed that Jere Kellough, 59, of Omaha, TX, died in the accident. DPS said the pilot, Jon Anderson, 50, of Mount Pleasant, was taken to UT Medical Center in Tyler with crippling injuries.

“He is a giver, he has a good heart. It’s not surprising given the way he lives, because he lives on the razor’s edge every day,” said Johnny Kellough, the older brother of 59-year-old Jere Kellough. Jere was a passenger on a plane that crashed Sunday night. Johnny said his brother’s legacy will live on with the people he helped.

“Because there were a lot of people, he was paying the phone bills, buying them phones, paying the water bills, paying the house payments,” Kellough said. “He bought travel trailers and put people in them who had no place to stay. It wasn’t the Taj Mahal but it was out of time. He was just that kind of person.

The DPS confirmed that the pilot, Jon Anderson, of Mount Pleasant, was taken to a hospital in Tyler with disabling injuries.

“Jere and John just ran together, they hooked up, they were always on the move,” he said.

Jere’s wife, Tracy Kellough, was also taken to a hospital in Tyler with crippling injuries.

“They’ve been married 32 years and Tracey seems to be there forever. I can’t remember anyone else. I’m coming, I can’t figure it out,” Kellough said.

His brother said there was nothing Jere hadn’t done or tried.

“When we were kids he thought he was Evel Knievel. He had the Evel Knievel suite, we had the minibikes. I remember stitches in his forehead several times, not once but several times. It was a character,” Kellough said.

The National Transportation Safety Board had an investigator on scene to examine the wreckage.

Their preliminary report will be available in a few weeks. A full investigation could take up to two years.