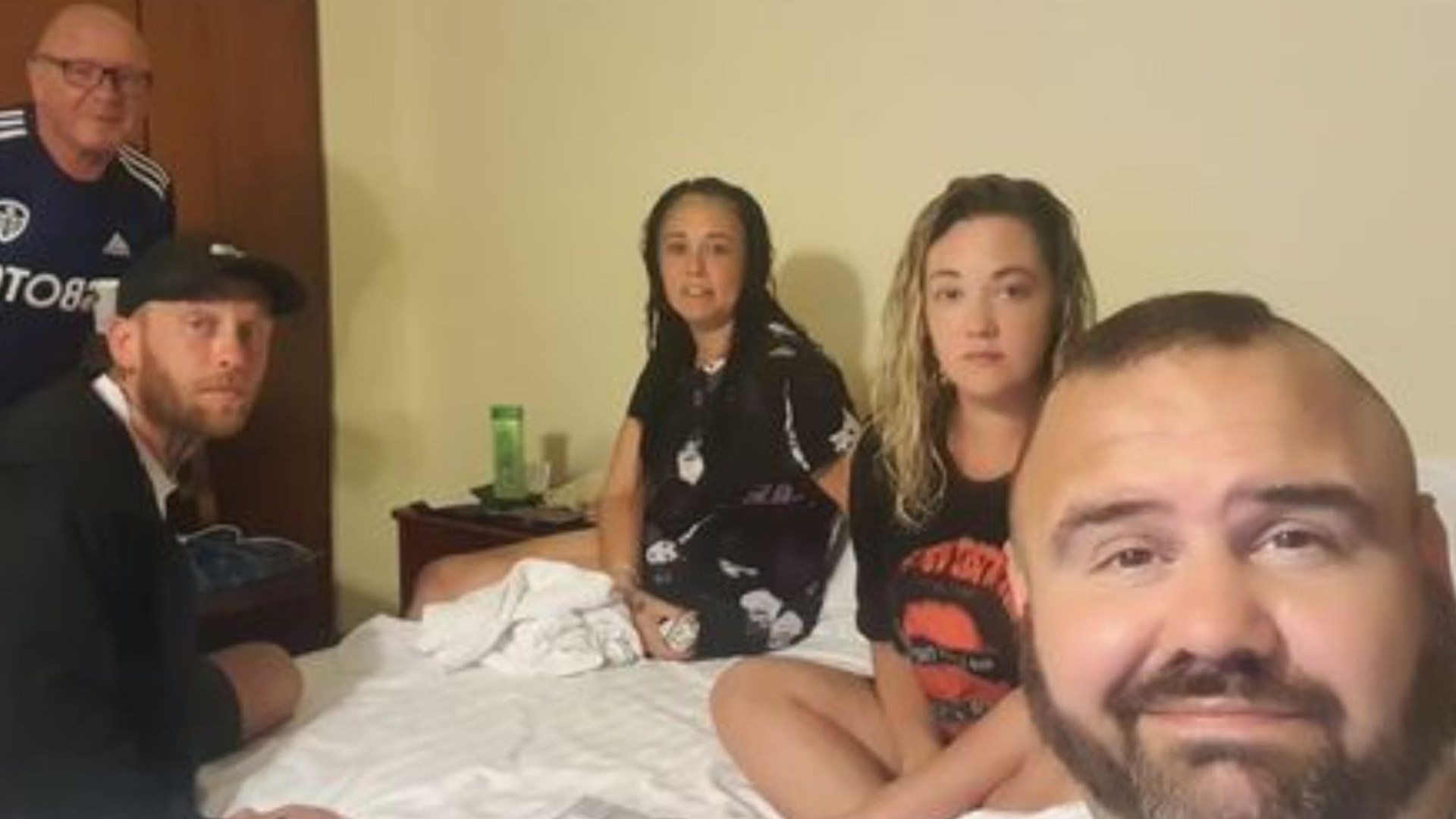 A COUPLE say they are currently stranded in a foreign country sharing a hotel room with strangers after the engine of their WizzAir plane caught fire.

Steve Fludder and Emma Bradley, both 39, had just enjoyed a week-long getaway to Bulgaria when they were due to fly back to the UK.

But, Steve claims their WizzAir flight barely took off before it hit a flock of birds, sending the plane’s engine into flames as it came to rest on the runway.

The couple are now stuck in a country in south-east Europe, sleeping on the floor of a random hotel, fighting their way home to Lancashire.

Steve, owner of the PCW wrestling company, had booked the vacation last minute through the business firm Love Holidays.

Although the holiday didn’t go smoothly, the 39-year-old said it really took a turn for the worse as they were due to leave on Tuesday morning. 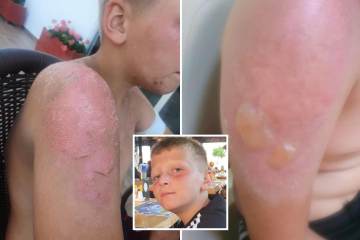 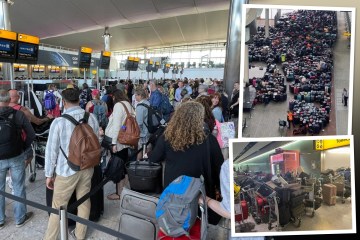 Steve told Manchester Evening News: “We were about to take off, the nose of the plane had just lifted a bit and then it hit a flock of birds.

“Not a bird, a large flock of birds, and the engine caught fire.

“There were flames coming out of the back of the engine and then the brakes hit like there was no tomorrow so it was like the biggest whiplash ever. C was crazy.”

Steve said he and Emma, ​​along with the 150 passengers, were driven back to the airport where they waited for hours before being told the flight had been cancelled.

The couple waited in line to see what their next steps were and two hours later WizzAir staff told them the first available flight home was October 8.

Steve said the seriousness of the situation set in when he and other passengers realized they would have to figure out where to stay.

He said airline staff initially said they would find everyone a hotel – but soon after said he might not have a room.

And within six hours, Steve and Emma were at a hotel in neighboring Romania, with no room available.

Steve said: “It wasn’t until about 11.30pm, after watching our group cry for an hour, that the lovely hotel manager found us a room out of order.

“But they still gave us this room and they gave us food, leftovers from the restaurant, so we got cold food.

“The night in the hotel room was horrible, I’m lying on the floor.

“I’m a big guy, I’m not really cut out for lying on the floor with a towel as a pillow.”

Steve says he, Emma and four other people shared the small room – and may have to until they catch a flight home.

He said it prompted him to get in touch with WizzAir, which he said said they couldn’t help.

Steve says he then asked about accommodation and was told passengers would have to pay for a room themselves.

He said: “I told them they had to help us and she said ‘no, no, I can’t help, I can only make reservations’.

“This is WizzAir’s emergency phone number, what do we do.

“WizzAir should have provided food to the hotel, that’s what they’re supposed to do, that’s the airline, the passengers’ duty of care.

Steve added: “My partner’s mental health has completely collapsed, that’s why we went out, we come on holiday to take a break.

“You can just see that she’s someone who’s just exhausted with anxiety, I just want to hug her and stuff, but what can you do – it really ruined the whole experience.”

Steve says he’s not sure when he’ll be returning home, but claims he’s been told there could soon be an opportunity to get his side on a plane to Liverpool.

The Sun has contacted Love Holidays and WizzAir for comment.