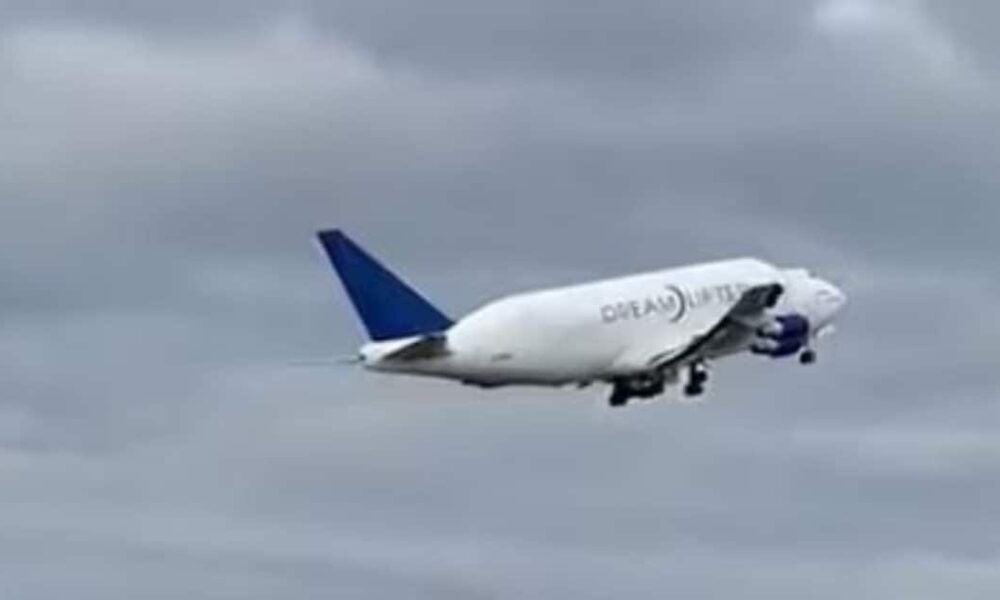 On takeoff, the plane’s wheel fell in the air; see the video

Viral video: A major plane crash was avoided in Italy. The wheel of a Boeing 747-400 cargo plane fell to the ground as soon as it took off. The weight of this wheel was about one hundred kilos. This incident comes from Taranto airport in Italy. This cargo plane was headed for Charleston, South Carolina. The whole incident was filmed.

In a video posted to Twitter, a plume of black smoke suddenly billowed from the landing gear of a 747-400 Dreamlifter. Later, a wheel was seen flying and bouncing on the track. The plane, operated by Atlas Air Worldwide Holdings Inc., continued its journey and landed safely in Charleston, South Carolina, about 11 hours later.

millstone found in a vineyard
The wheel was found in a vineyard near Taranto-Grotagli airport, according to reports. Fortunately, no one was injured in the accident. Photos of the wheel have appeared on social media. The Dreamlifter is a modernized Boeing 747 developed in the early 2000s for Boeing’s new 787 Dreamliner. The huge Dreamlifter 18 is fitted with wheels that are four feet in diameter.

#5Y4231, the Dreamlifter with the missing wheel, is now coming down to Charleston. It is important to note that although suboptimal, the aircraft can land safely without the wheel. https://t.co/QpORCsFLQd pic.twitter.com/2JWeyaYDN9

most users
Take-off footage made it the most-watched flight in the world, with more than 10,000 users following the trip, according to data from Flightradar24.