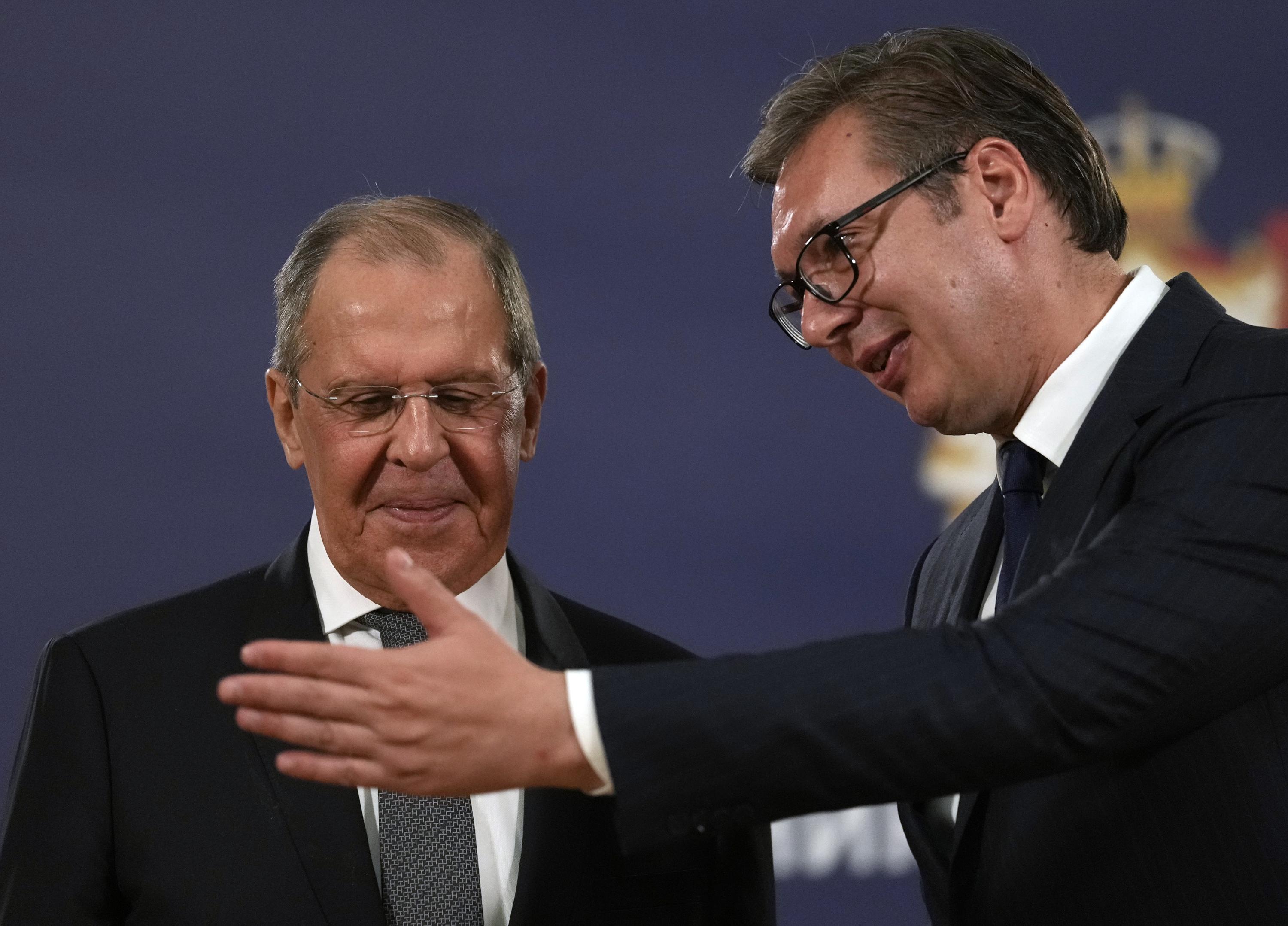 BELGRADE, Serbia (AP) — Serbia and Russia confirmed on Monday that a planned visit by the Russian foreign minister to the Balkan country will not take place, with Moscow accusing the West of impeding the trip by blocking the flight of the envoy’s plane.

The announcement followed reports that Serbia’s neighbors – Bulgaria, North Macedonia and Montenegro – had refused to allow Sergei Lavrov’s plane to cross their airspace to reach Serbia.

“An unthinkable thing happened,” Lavrov said in an online news conference on Monday. “A sovereign state has been deprived of its right to conduct a foreign policy. Serbia’s international activities on the Russian track were blocked.

Serbian President Aleksandar Vucic met earlier on Monday with the Russian Ambassador to Serbia who informed him that Lavrov could not come because the Russian government plane was denied the necessary overflight permits, according to a statement. published after the meeting.

Vucic expressed his “dissatisfaction” with the “circumstances” that prevented the visit and added that “despite everything, Serbia will preserve its independence and autonomy in political decision-making.”

Later on Monday, Vucic told state broadcaster RTS that the visit’s cancellation “wasn’t too much of a surprise” and the arrangements ran into problems from the start.

“Russia is a traditional friend of Serbia,” Vucic said, describing Serbia’s policy towards Russia as “a rational, sensible and calming path within Europe, where it is not easy to hear a voice of reason and dialogue”.

While formally seeking membership in the European Union, Serbia has maintained friendly ties with Russia despite its invasion of Ukraine, refusing to join Western sanctions against Moscow. Many in Serbia see the Slavic nation as a close ally, and Moscow has supported Serbia in its efforts to retain its claim to Kosovo.

Lavrov blamed NATO countries for engineering the flight ban – Montenegro, Bulgaria and North Macedonia are all NATO members – noting that the action showed once again that the he main objective of the expansion of the alliance is to try to isolate Russia.

Lavrov still plans to travel on Wednesday for talks in Turkey, where he can fly directly over the Black Sea. Turkey has sought to maintain good relations with Russia and Ukraine while trying to help international mediation efforts in the war.

The Russian Foreign Minister said the West had flouted the principle of free choice of foreign policy partners.

“From the Western point of view, Serbia should have no choice, no freedom in choosing its partners,” he said. “The West is showing clearly that they would use any grassroots means to exert pressure.”

Kremlin spokesman Dmitry Peskov lamented what he described as “hostile actions” but said it “will not significantly impede our country’s continued contacts with friendly countries like Serbia”.

In Belgrade, Serbia’s pro-Russian Interior Minister Aleksandar Vulin expressed his “deep regret” that a “great and proven” friend of Serbia could not come. Vulin added that “Serbia is proud not to be part of the anti-Russian hysteria, and the countries that are part of it will have time to be ashamed.”

Serbia, meanwhile, is also almost entirely dependent on Russian gas. Vucic recently spoke on the phone with Russian President Vladimir Putin to reach a new agreement on gas supply for the next three years.

Analyst Slobodan Stupar described Lavrov’s attempted visit to Belgrade as a “spectacle” that would have been used by Moscow to further vilify the West.

“I believe the Russians have invited themselves” to Serbia, Stupar told The Associated Press. “They are terribly isolated. … They can now say that Europe and the world are not democratic and will not allow a simple overview.”

Stupar said Vucic placed himself “between” Russia and the West.

“It’s the worst position you could imagine,” said Stupar.

German Chancellor Olaf Scholz is expected in the region later this week.

Suzan Fraser contributed to this report from Ankara, Turkey.

2022-06-06
Previous Post: The Darkstar Plane Is Closer To The Reality Than You Think
Next Post: Lockheed Martin confirms it helped create the Darkstar plane in ‘Top Gun: Maverick’