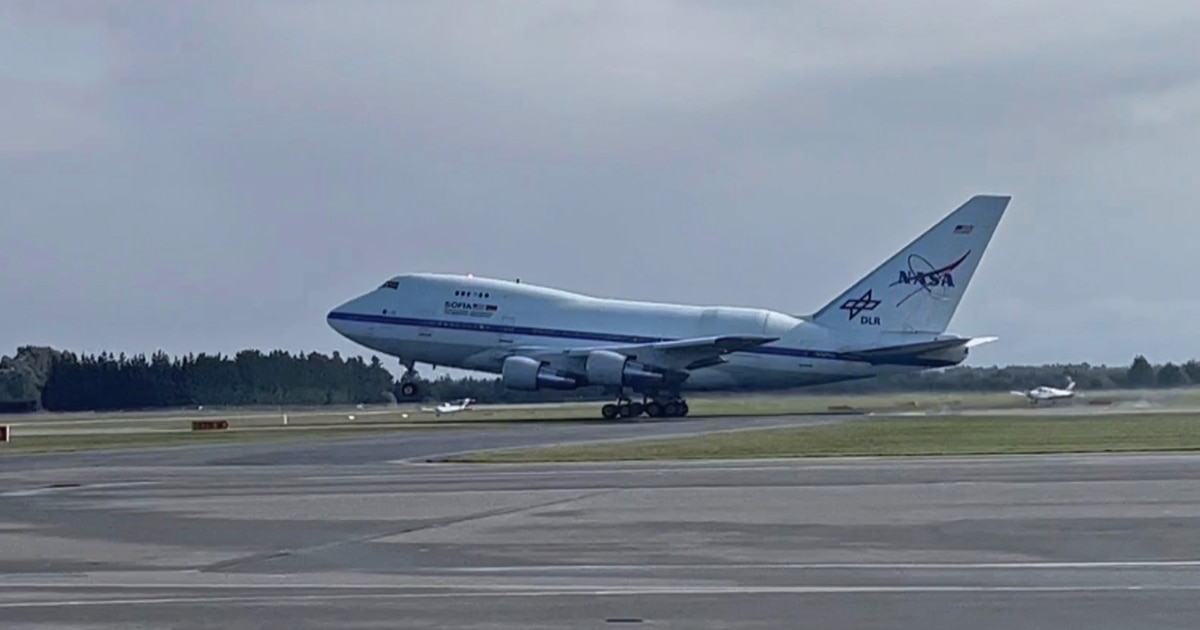 The B747 took off from New Zealand soil at noon on Thursday, eventually bound for California where it will be decommissioned and retired.

Enthusiasts came out to watch the final liftoff as it departed for Hawaii.

The decision to retire the aircraft comes as the latest and greatest technology continues to replace the aging aircraft.

SOFIA was also damaged in a storm shortly after arriving in New Zealand in June.

“I wish we could stay longer, wish we could fly more and be here more permanently, but we have to go home and keep science flying in California.”

The aircraft would spend the winter months parked at Christchurch Airport where it would fly missions of up to 10 hours.

For pilots and crew, connecting with the city of Christchurch was a special part of SOFIA’s many missions.

“Coming here every year has been really special, seeing the evolution and tenacity of everything he’s been through has always been very special,” Barry said.

“There are a lot of emotions flowing here, not only with the American and German team with SOFIA, but also with some locals,” said Dean Neely, a NASA research pilot on SOFIA.

He had been to Christchurch seven times since 2013 during his life, where he carried out night missions.

SOFIA carries a 2.7m telescope into the stratosphere, allowing astronomers to view and study the solar system without interference from Earth’s atmosphere.

The plane is capable of flying above 39,000 feet, passing 99% of Earth’s infrared-blocking atmosphere.