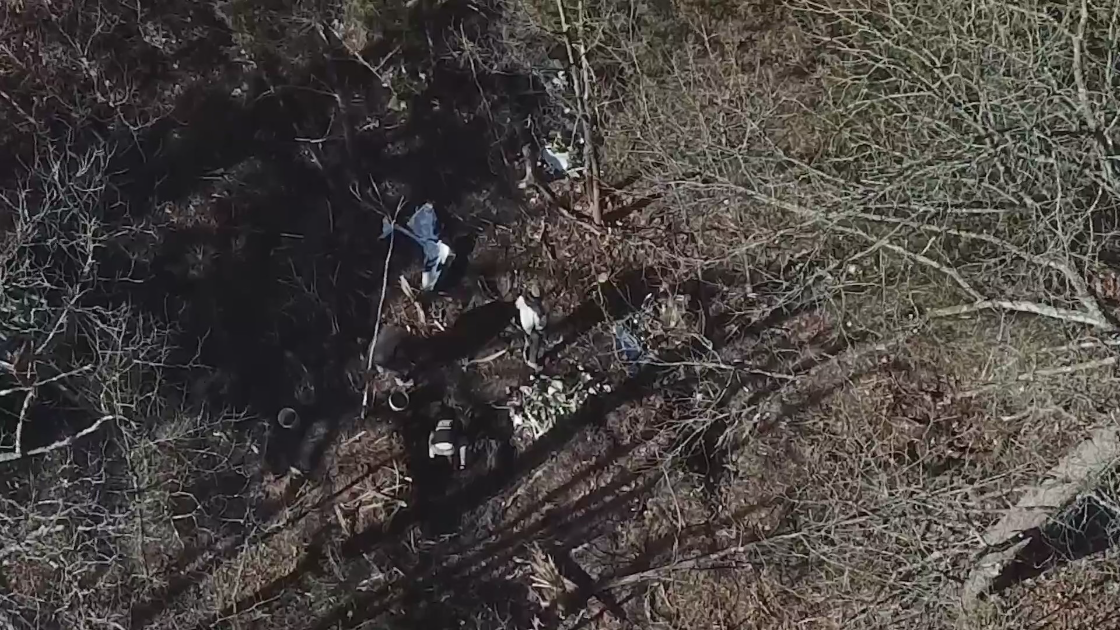 ST. CHARLES COUNTY, Missouri – Federal investigators are in St. Charles County trying to figure out what led to a fatal plane crash on Saturday night.

The National Transportation Safety Board and the Federal Aviation Administration resumed the investigation and their crews visited the crash site on Monday afternoon. While the cause of the crash is still unclear, some details have surfaced.

Two people were killed when the small plane crashed in a wooded area near the F Freeway in the New Melle area around 7 p.m. Saturday. NTSB spokesman Peter Knudson said those on board were pilots.

The aircraft had climbed to approximately 8,000 feet on an instrument flight plan, then began a rapid descent which continued to the crash site. There was no communication from the part of the flight crew after the descent begins, ”Knudson told FOX 2.

Investigators will determine if the weather was a factor in the crash.

“We obviously had bad weather,” said New Melle Fire Chief Dan Casey. “The ceiling was 1,000 feet, so that wasn’t a lot of visual notification for the pilot. We know that with the fog and the rain, it wasn’t the best weather to fly. It was very difficult. trying to locate anything. When the plane hit the ground, it did not catch fire. “

Casey said air traffic control determined where they lost contact with the plane and how fast the plane was moving, although the speed has not yet been released to the public.

“Once we got some of this information, found out how fast the plane was moving, we weren’t sure if it was hovering in an attempt to land or if it had just crashed, which apparently is what happened, ”Casey said.

Shortly after the accident, some residents called 911 to report hearing a loud boom.

“We started getting phone calls saying people had heard a plane crash and a big boom,” Casey said. “We used a lot of information on witnesses, people who said they heard something. They thought it sounded pretty close.

Authorities have yet to release the names of the two people who died in the crash. The NTSB will hold a press conference on Tuesday to provide additional information.