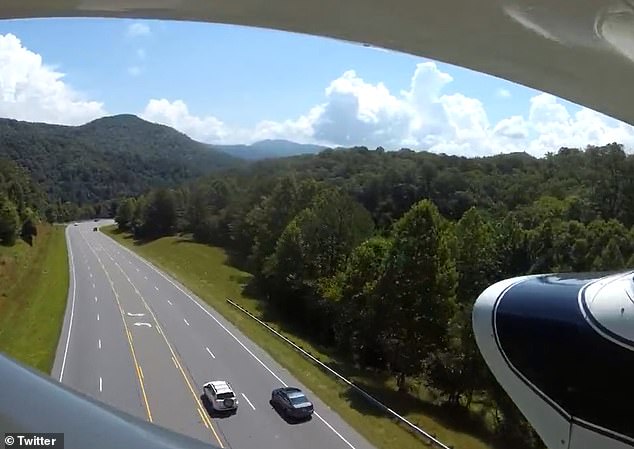 By Alastair Talbot for Dailymail.Com

A camera attached to a small plane in North Carolina shows the dramatic moment its pilot is forced to make an emergency landing on a highway over the July 4 weekend.

The single-engine plane – believed to be an Aero Commander 100 – came down on US Route 19 near a bridge in Swain County on July 3 around 11:45 a.m., the local county sheriff’s office reported.

No injuries were reported, according to local media.

The plane’s pilot said the emergency landing was linked to an engine failure and his father-in-law was on the plane at the time as they visited purchased property near the lake Fontana.

“I started going through my checklist and managed to get the plane to restart and fly a bit, but it would only fly for 3-5 seconds, then it would come back down and start sinking again,” the pilot Vincent Fraser said WMYA.

A single-engine plane was recorded by an on-board camera making an emergency landing on US-19 in Swain County, North Carolina on June 3 at around 11:45 a.m. after an engine failure. Two people were on board but no injuries were reported 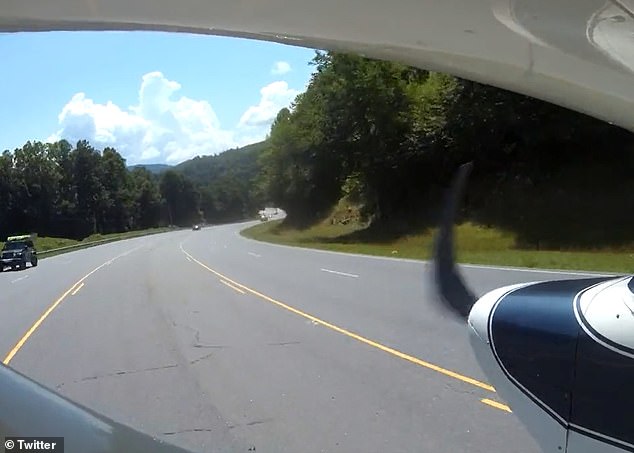 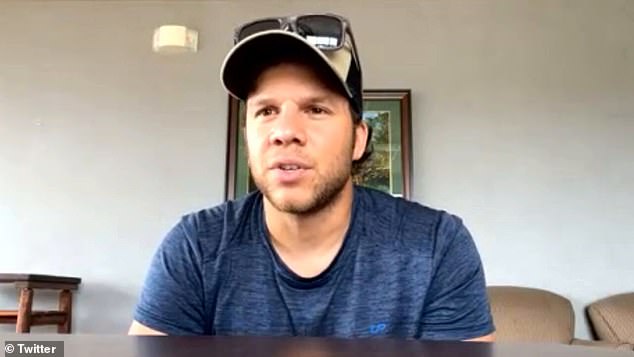 Pilot Vincent Fraser (pictured), from Florida, said he was checking out a property bought with his father-in-law near Lake Fontana at the time of the chilling incident

The video shows the monoplane steadily descending down the highway, as Fraser sought a small gap between the cars to avoid causing a dangerous accident.

The main road ended up being his best landing option, given that it was the only flat ground in an otherwise mountainous area.

“By the grace of God, I looked to my left, and you couldn’t see it before because, you know, it’s just valleys and mountains, but there is a road – this road on which I landed right there, perfectly lined up,” Fraser told WMYA. 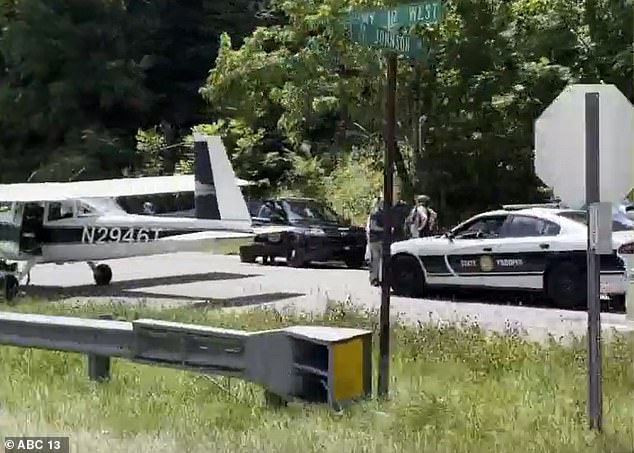 The chilling experience came nearly a year after the Florida native received his private pilot’s license in October. Fraser also has less than 100 hours of flying experience.

At the time of the emergency landing, authorities said they initially received 911 calls from motorists reporting a plane crash.

“The call came in like a plane crash, so we’re very grateful that it didn’t because the circumstances would have been very different,” Swain County Sheriff Curtis Cochran said. Smoky Mountain Time.

He added that “the pilot landed the plane in oncoming traffic just over the power lines and there was a car coming.”

Images of the emergency landing on Twitter have more than 1,000 likes, with some users barely believing what happened.

“I’m just trying to imagine what it would be like to drive minding my own business and all of a sudden a plane lands in my lane in front of me,” one user wrote.

Another shared: ‘Holly Hell. Can you imagine being a driver?

“Jeeeeeez they barely missed the power lines at the end,” one Twitter user reacted.