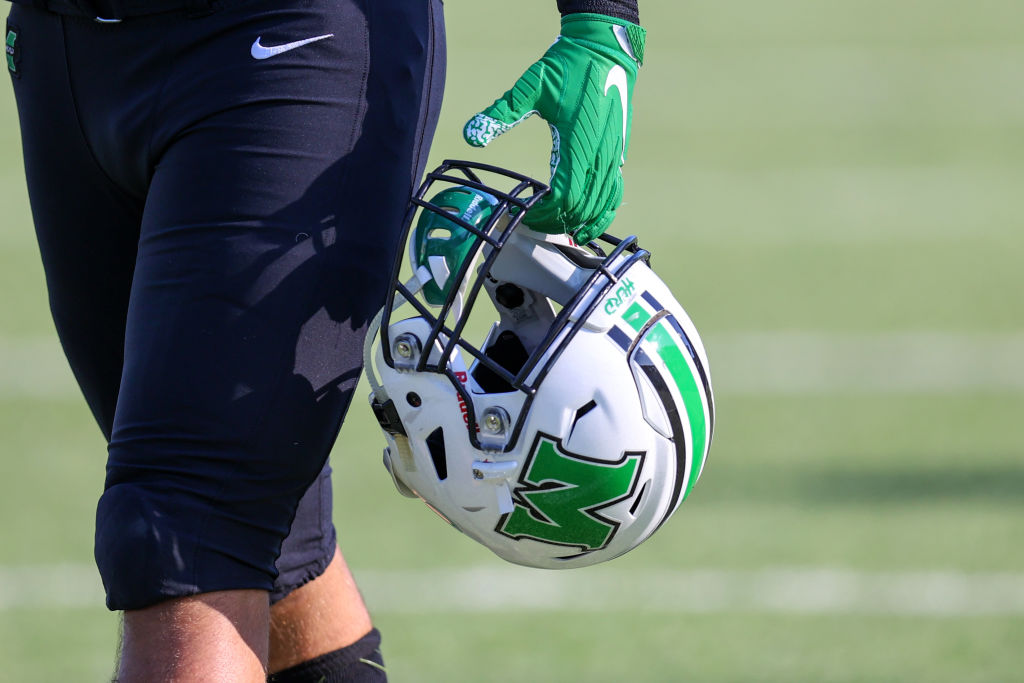 Marshall Football is playing its annual ’75 Game’ this weekend and has unveiled new helmets for the occasion. They will honor the lives lost in the 1970 plane crash. And they look amazing.

Earlier this year, the Thundering Herd wore black helmets for the first time in program history in their game against Louisiana. They were different from the traditional white base, but they didn’t compromise the classic look and have been worn twice in the last month.

On Saturday, as Marshall hosts the 25th reunion of The Old Mountain Feud against App State, he will debut a new set of black lids. They are a little more complex than those with the main logo.

Although the rivalry does not have a deep-rooted history, it has been fiercely competitive over the years and holds great significance when it comes to Appalachian culture. The two schools, which both started out as teachers’ academies, are separated by state lines but are right in the heart of Appalachia. They share similar histories in terms of culture, people and tradition.

It’s already a big game and it’s getting even bigger.

Marshall’s “75 Game” plays out this weekend, and the Thundering Herd is rolling out new headsets.

This weekend’s match falls on the anniversary of when Southern Airways Flight 932 crashed into a hill and killed all on board. Marshall’s annual “75 Game” honors the 75 players, coaches and school staff who lost their lives on that flight in 1970.

The crash continues to reverberate in the area even more than 50 years later and the aftermath of the historic and tragic incident was depicted in Matthew McConaughey’s film ‘We Are Marshall’. It carries a lot of weight, and the ’75 Game’ is still a special way to remember one of college football’s greatest tragedies.

To do this on Saturday, Marshall goes back in time. His new helmets feature the “Young Thundering Herd” logo, which was used during the 1970 season and is one of the coolest in the sport. Additionally, the names of the 75 people who lost their lives in 1970 are written in type inside the white stripe in the middle of the helmet.

On the front, where the logo usually reads “HEARD”, the school displayed its U/M wordmark. They are really beautiful and their meaning only makes them cooler.

Although the full uniform suit has yet to be announced, the helmets are expected to be worn with all-black uniforms. It’ll be great.