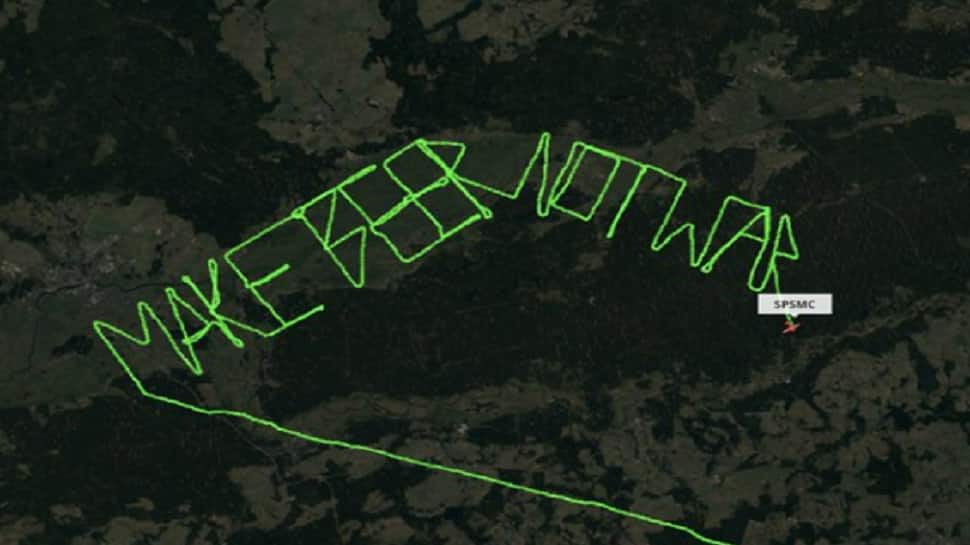 In the midst of the Russian-Ukrainian war, people from different countries urged nations to stop the war. The plea of ​​the people was presented before the Russian government in the form of different forms of protest. Along the same lines, the adoption of a new way to protest a light aircraft in Poland attracted “make beer, not war” using its flight path. The plane started its flight from the city of Poznan in central-western Poland and landed there after writing the sentence.

The two-seater light aircraft first made a turn to the west before starting to compose its message. According to the report by the UK-based independent news website, the plane traveled around 40 miles (around 64 km) to complete the phase, completing the flight in around four hours before landing in Poznan.

Smart Aviation, a flight school in Poznan, owns and operates the aircraft that flew the mission. According to data from Flightradar24, the plane used in the incident is a Tecnam P2008 JC registered SP-SMC. The aircraft has a maximum cruising speed of 215 km/h and a range of 1065 km.

The post with the plotted flight path was posted on Twitter, which received mixed reactions from netizens. Some users sympathize with the cause, while others scoff at the process.

It should be noted that in the midst of the Russian-Ukrainian war, Poland supported Ukraine in various ways, ranging from military support to helping refugees.

2022-05-15
Previous Post: Plane pull at Auburn-Lewiston Airport
Next Post: Passenger who landed says ‘hand of God’ was with him