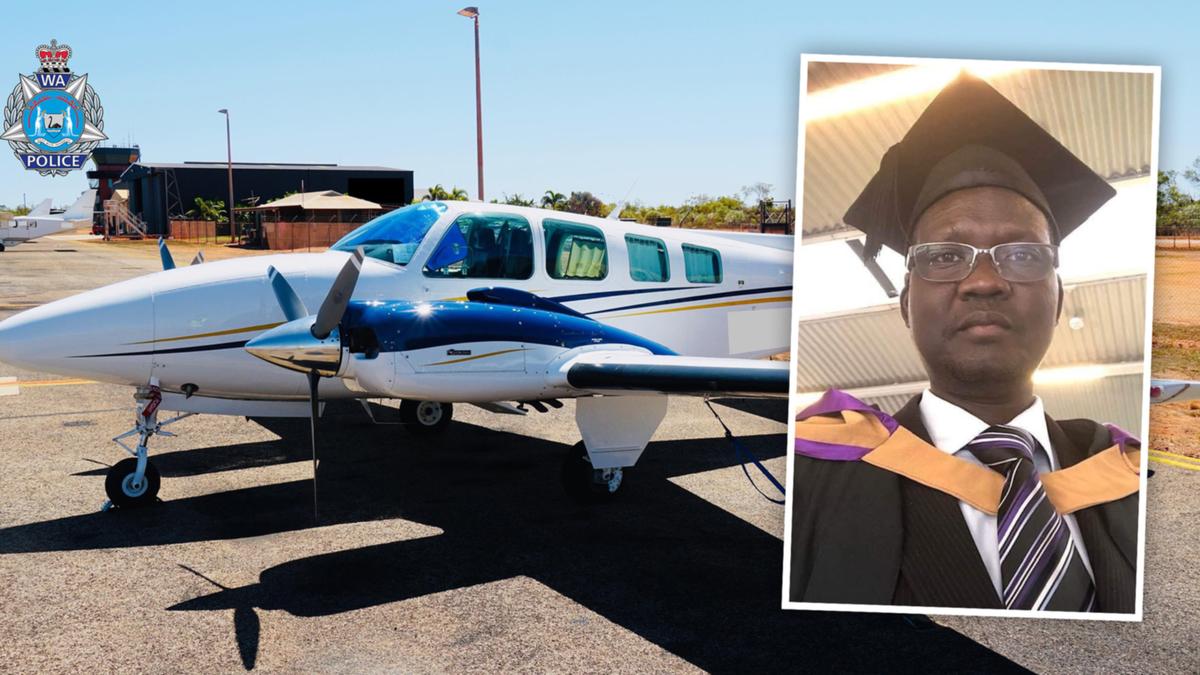 The nurse killed in a horror plane crash in far north WA has been remembered in a touching tribute as humble, hardworking and the ‘most caring person’.

Johnson Makuei Mangar died after the Beechcraft Baron 58 charter plane he was a passenger in crashed on Saturday while trying to land at Kununurra airport.

He died at the scene, while a 29-year-old Aviair pilot was airlifted to Royal Darwin Hospital with serious injuries and burns.

The pilot was confirmed to be “critical, but stable” just before noon on Sunday.

Mr Mangar’s cousin Thomas told The West Australian that the close-knit Sundanese community in WA was “in a state of deep shock”.

He said Mr. Mangar had been a registered nurse for 15 years and was also a community leader and the secretary of an African church.

“Johnson was a great man and he lived a great life… (it’s) a huge loss,” he said.

He said that Mr Mangar unfortunately left behind a very young family.

Mr Mangar is remembered as a “really caring” leader and a “community icon”.

Those close to him believe they have been ‘robbed’ of a pillar of their community as many woke up to the tragic news on Easter Sunday.

“Losing a great spirit a personality is (a) total setback to the community,” one person said.

Mr Mangar’s LinkedIn page reveals that he studied a bachelor’s degree in nursing and public health at Edith Cowan University between 2008 and 2011.

It was believed to be from the greater Perth area.

The WA Country Health Service confirmed that a NurseWest employee died in the crash.

WACHS acting regional director Robert Pulsford said the man and his family were “a priority for our entire organisation”.

“We are doing everything we can to support them during this difficult time,” he wrote in an email.

“My heart goes out to everyone caught up in what is a tragic situation,” Mr McGowan said.

2022-04-17
Previous Post: A heartbroken family pays tribute to the mechanic who died in a plane crash in the English Channel
Next Post: [INTERVIEW] Vroong takes logistics to a brand new plane