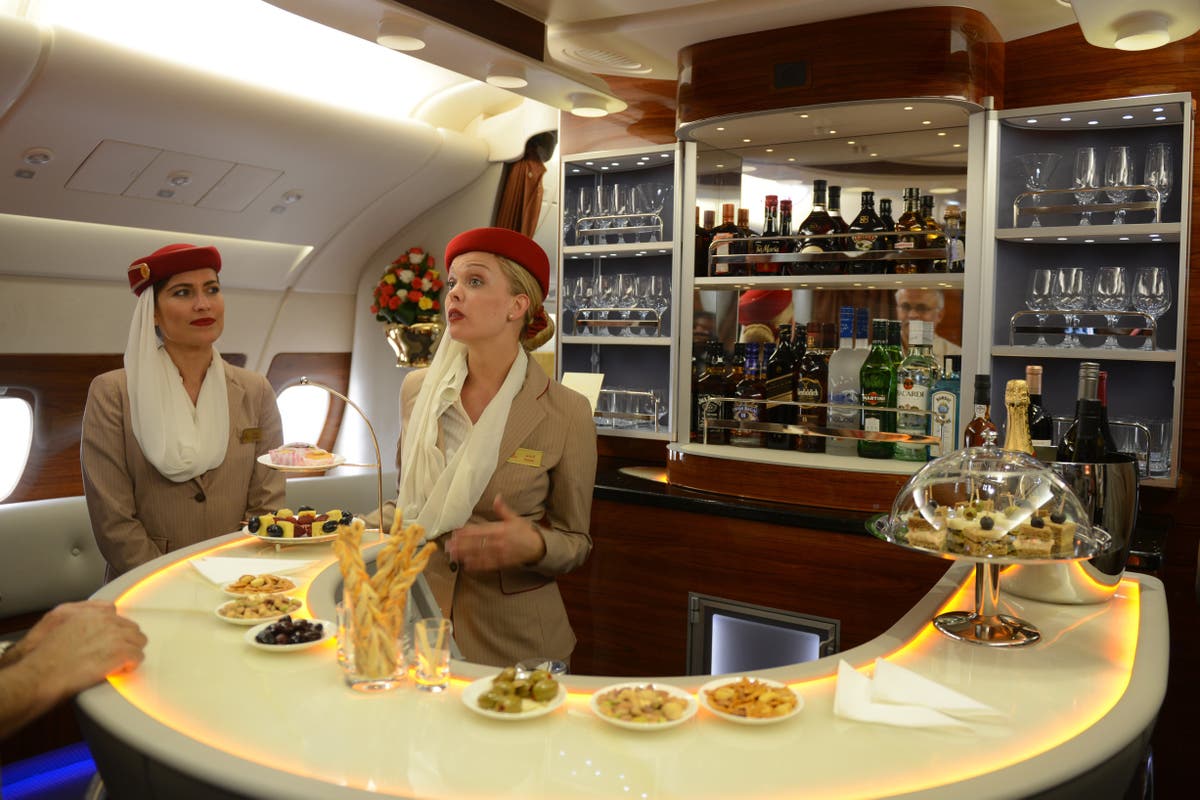 It was just part of a total of 500 Emirates A380 planes, which were auctioned in Toulouse, France, between Thursday October 13 and Saturday October 15, New Zealand Herald reports.

Although the event took place in Toulouse, the parts were the subject of global bids by aviation enthusiasts participating online.

All proceeds from the sale of A380 features – including technical parts for the cockpit, seats and life jackets – are donated to charity. The bass was originally expected to sell for over $30,000.

In a preview of the auction, aviation blog The Points Guy wrote that the airplane bar was “quite an item to display and talk about while entertaining guests, especially if they’re AvGeeks.”

The throttle and joysticks in the cockpit, which were used to control the “Queen of the Skies”, were also sold, along with drink carts from the aircraft cabin.

Life jackets from the plane were sold for nearly $350 (£307), while table lamps, plane seats and an emergency escape ax were also recovered by members of the public . Other lucky bidders purchased rows of three economy seats, engine fan blades and the crew cockpit microphone.

The money generated will go to the Airbus Foundation, which has humanitarian, youth and sustainability projects around the world.

The aircraft stripped for auction was one of 88 “super jumbos” owned by the Emirates airline.

Its first maiden flight was on April 27, 2005, and its first long-haul flight was from Dubai to Auckland in 2010. The aircraft was officially retired at the start of the pandemic after 12 years in service.

The aircraft company said in a statement: “Proceeds from this auction will help the Airbus Foundation continue to facilitate charitable initiatives around the world by drawing on an international network of employees, associations and supporters. other organisations, supporting projects of general interest.”

The ship weighed 560 tons and carried almost twice as many passengers as the Boeing 777, due to its two levels.

The auction took place at auction house Marc Labarbe International, which called the aircraft “an aeronautical icon and the first new aircraft of the 21st century”.

Auctioning cult travel memorabilia is nothing new: in 2018, Heathrow Airport auctioned off the contents of Terminal 1, with baggage carousels, seats and check-in desks under the hammer.

Meanwhile, earlier this year, a former British Airways jumbo jet bought for £1 was transformed into a ‘party plane’ in the Cotswolds.