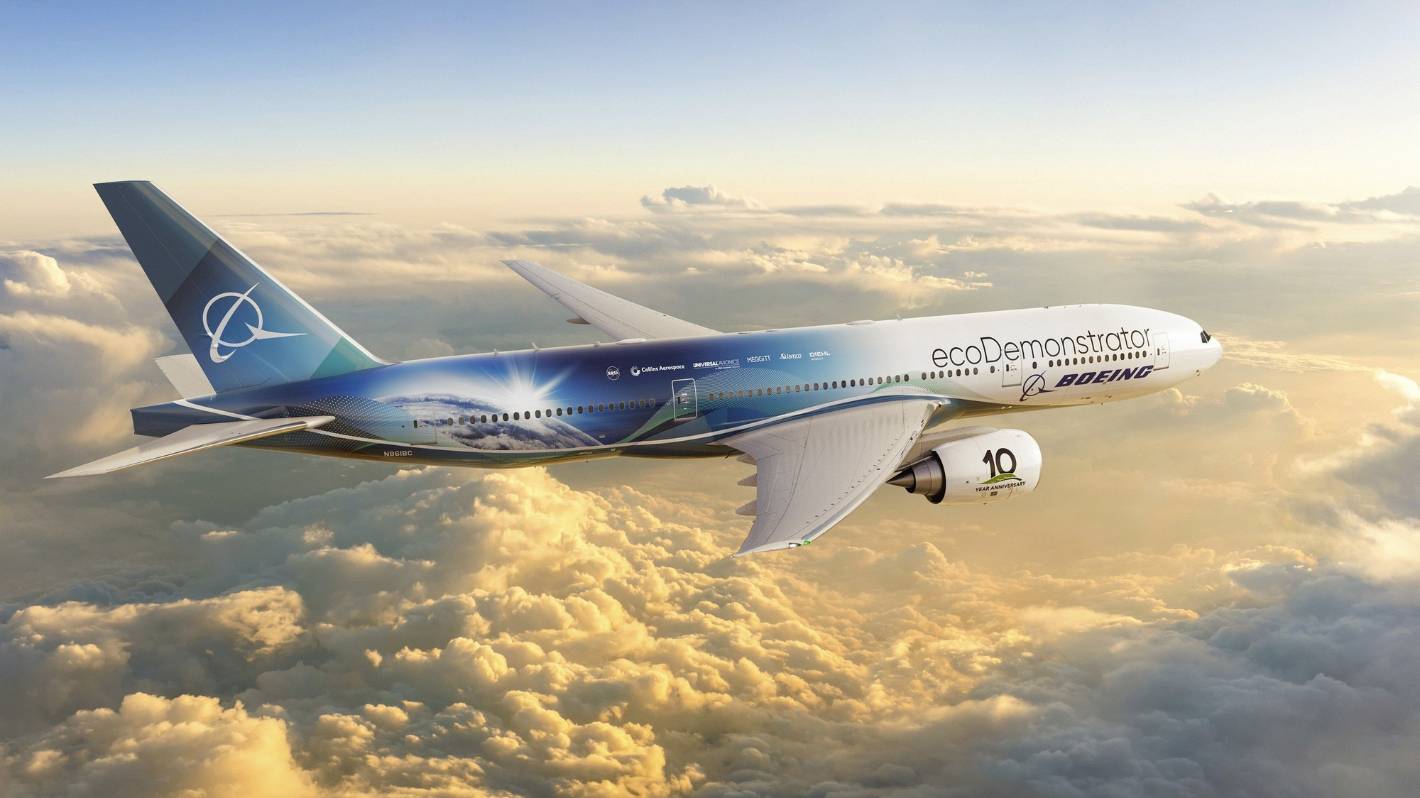 An old Air New Zealand plane has been turned into a flying eco-tester by Boeing – in a bid to make aviation more sustainable.

Some of the tests include a water and weight conservation system, which will see water from the sink used to flush the toilet.

Other technologies being explored include 3D printing parts to make planes lighter and greener.

In collaboration with NASA, “SMART vortex generators” will also be tested, which are small vertical fins on the wing to improve efficiency during takeoff and landing.

The aircraft will be powered with a 30/70 mix of sustainable aviation fuel and conventional jet fuel.

New Zealand and Singapore want to set up “green lane” flights between the two countries that partially use sustainable aviation fuel.

The ecoDemonstrator program began ten years ago, using multiple aircraft to test more than 200 technologies. About a third of the tested technologies are coming to Boeing planes, including winglets on the 737 MAX and touchscreens now on the 777.

This latest demonstrator began life with Singapore Airlines in 2002, before flying under a lease for Air New Zealand in 2018.

The plane was used by the airline to temporarily relieve pressure following the 787 engine crisis, which saw Air New Zealand cancel hundreds of flights over two years due to problems with its Rolls-Royce engines.

In 2019, the plane was transferred to Surinam Airways, before finally returning to Boeing.

The aircraft will undergo six months of ground and air testing.