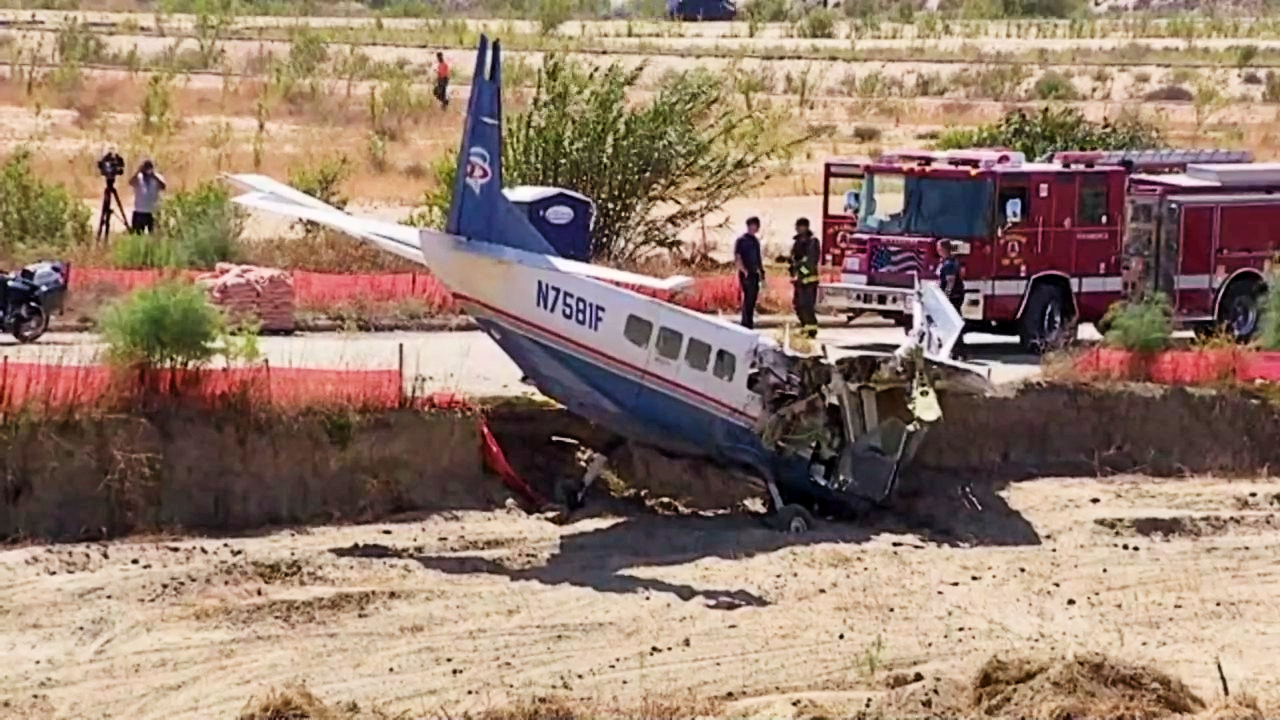 OCEANSIDE, Calif. – A woman died and a man was seriously injured when a skydiving plane crashed in Oceanside on Friday afternoon, just months after a plane from the same company crashed into the region.

Crews arrived to find a man and woman still trapped inside the plane while it was in an open field, Klopfenstein said. Firefighters used hydraulic tools to free the couple and transported them to hospital – the man by helicopter and the woman by land ambulance.

Despite a “speedy extrication” and immediate medical attention, the woman was pronounced dead shortly after arriving at a local hospital, officials said. There was no immediate update on the status of the man.

A small plane with a broken propeller and a crumpled front end sat behind Klopfenstein as he addressed reporters at a press conference on Friday afternoon. The plane came to rest on its nose, tail in the air.

The battalion commander said it was not immediately clear who was in control of the plane when it crashed, as the man and woman were licensed pilots.

A logo on the side of the plane identified it as a GoJump skydiving plane. Another Cessna Caravan from this company, which has an office located on the nearby airstrip, crashed in the same area a few months earlier. In this case, the plane crashed near the runway on February 24 and left two men hospitalized.

A US Marine was returning home from Camp Pendleton when he saw the crash, running across the highway and rushing to help.

During Friday’s crash, Klopfenstein said a nurse was in the area with her daughter and ran to help with the emergency response. He did not immediately have further details about his involvement in the rescue.

The Federal Aviation Administration and the National Transportation Safety Board will investigate.