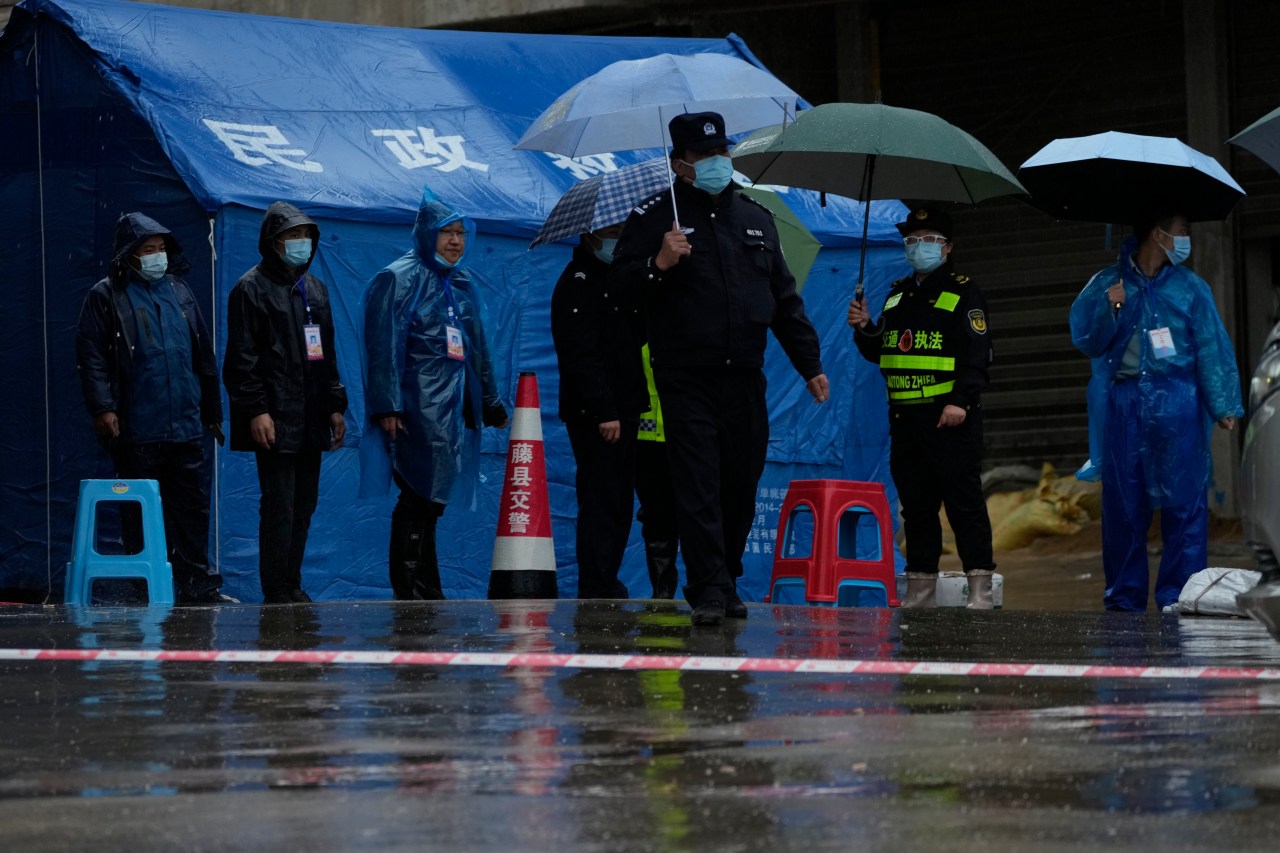 EXPLAINER: What are the latest clues about the plane crash in China?

WUZHOU, China (AP) — Add rain to the list of challenges facing Chinese investigators trying to determine why an airliner with 132 people on board crashed in a remote forested area this week.

The search for black boxes and survivors — a remote possibility at best — was temporarily suspended Wednesday due to rain on the muddy, charred side of the mountain.

The China Eastern Airlines Boeing 737-800 was flying at 29,000 feet (8,800 meters) on Monday afternoon when it suddenly plunged into a gap in the mountains outside the southern city of Wuzhou. China.

WHAT DID THE RESCUERS FOUND?

Rescuers with sniffer dogs and drones found wallets, ID cards and small pieces of plane wreckage. Authorities have given no indication that they have found any survivors, bodies or the plane’s “black box” flight recorders.

Parts of the plane are scattered over a wide area, including on the other side of the mountain, state broadcaster CCTV said. The main crash area, now a large barren pit on the wooded mountainside, is about half the size of a football field.

Searchers must climb steep slopes as they fan out into the area, which is surrounded on three sides by mountains and accessible by dirt road.

WHAT ARE INVESTIGATORS SAYING?

Investigators declined to discuss possible reasons for the accident. Zhu Tao, director of the Aviation Safety Bureau of the Civil Aviation Administration of China, said the damage to the plane was severe, making the investigation “very difficult”.

“We cannot have a clear assessment of the cause of the accident with the information currently available,” Zhu said at a press conference on Tuesday evening, the first since the accident.

Authorities are “conducting a thorough investigation” into the plane’s design and maintenance, air traffic control, weather and other issues, he said.

WHAT ABOUT BLACK BOXES?

Investigators will do all they can to collect evidence, with an emphasis on finding the flight recorder, Tao said.

The recovery of the so-called black boxes is key to the investigation – they are usually painted orange for visibility, but the long-held name has stuck. A device, called a flight data recorder, captures information about airspeed, altitude, direction up or down, pilot actions and the performance of all key aircraft systems. The cockpit voice recorder captures sounds including conversations and background engine noise during flight.

Even with the extent of the damage to the plane, investigators should be able to get a good idea of ​​what happened if the black boxes survived and can be downloaded.

WHAT DO WE KNOW ABOUT THE PLANE?

“The technical condition of the 6.5-year-old plane was stable” and met the requirements to fly, said Sun Shiying, president of the Yunnan provincial branch of China Eastern Airlines.

The flight had left the city of Kunming in Yunnan and was heading for Guangzhou in Guangdong province.

The 737-800 has an excellent safety record, said Hassan Shahidi, president of the Flight Safety Foundation. It is an older generation of the 737 series than the Boeing 737 Max, which was grounded after crashes in 2018 and 2019. The 737-800 lacks the flight control software that was blamed for 737 Max crashes.

HOW HAS THE CHINESE GOVERNMENT RESPONDED?

The central government sent a team led by Vice Premier Liu He and senior Cabinet official State Councilor Wang Yong to the site to ‘guide rescue operations’ and investigation of the crash. .

2022-03-23
Previous Post: News from the royal plane: The horror of Kate and William as the plane was once caught in a “heavy storm” | royal | News
Next Post: FlyBe plane spotted over Leeds Bradford Airport leaving plane spotters baffled