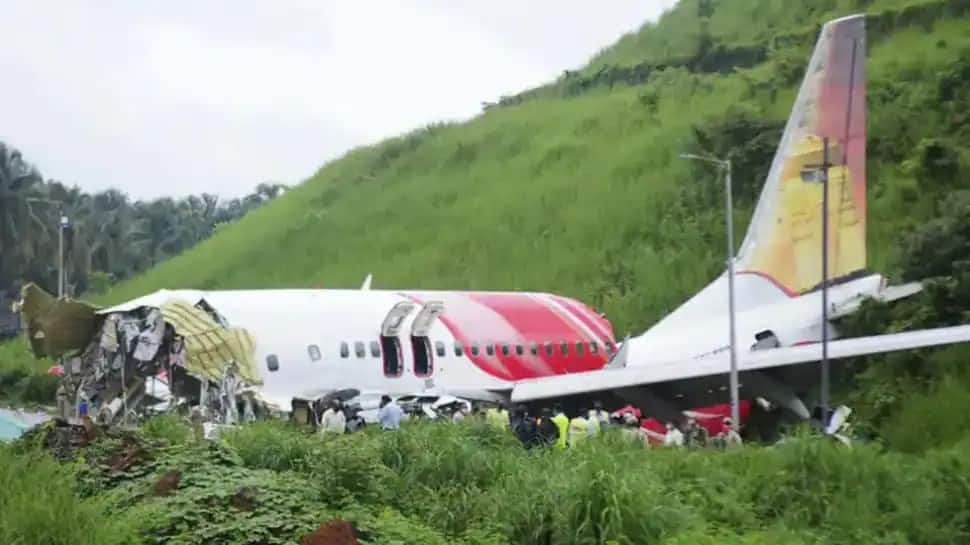 Explained: How do visual illusions and bad weather contribute to a plane crash? | Mobility news

Plane crashes can happen with any pilot, but what could be the reasons? Is this the emergency landing? Or the weather conditions? Reports indicate that probable visual illusions, faulty windshield wipers can also lead to a plane crash.

An ill-fated Air India Express plane crashed at Kozhikode Airport last year due to poor visibility and suboptimal windshield wiper performance. According to reports, the rain worsened the pilot’s vision, which led to the disastrous plane crash.

In addition, a strong authority gradient prevented the supervising pilot from making assertive announcements and taking action in accordance with standard operating procedure (SOP), which became a major contributing factor to the accident.

The Aircraft Accident Investigation Board (AAIB) report looked into the accident on August 7, 2021, when the Boeing 737-800 aircraft overshot the tabletop runway and fell to a depth of approximately 110 feet below runway elevation, and broke into three pieces.

According to the report, two pilots, 19 passengers and three babies lost their lives when the plane from Dubai with a total of 190 people on board crashed. The pilot’s non-compliance with SOPs as well as system failures were cited in the report as the probable causes of the crash at Kozhikode Airport in Kerala.

According to the AAIB, the events of the AXB 1344 crash replicated the 2010 Mangalore crash. the same type of aircraft that landed ‘Unstabilized Approach’ and landed over half the runway and resulted in another major disaster.”

The report noted that in the Kozhikode crash, the captain’s side windshield wiper stopped working after running for about 27 seconds on the first approach to land and on the second approach it stopped working. worked, although at a slower speed than selected.

“With an inoperable wiper, even the choice of alternate airfields in the event of a second missed approach was limited to only airfields where it was not raining,” the report said.

Noting that over the past ten years, Air India Express Ltd (AIXL) had two major accidents and several non-fatal serious accidents/incidents, the AAIB said most of them resulted from continued unstabilized approach and total disregard for repeated calls. from the first officer to “Go Around”, both being a serious violation of SOPs.

“This resulted in long landings during which the aircraft was unable to stop on the runway and ended in a side trip. There was a reluctance on the part of the co-pilots to take control and execute a missed approach, which is the correct procedure as given in the SOP and should be done without any hesitation.

“A strong authority gradient discouraged and inhibited the participation of first officers. As a result, they were extremely reluctant to perform their duties and responsibilities in emergency/critical situations,” he said.

In addition, the report pointed out that it was evident that there was a serious security issue related to a high authority gradient in the company that prevented the PM (Pilot Monitoring) from making assertive calls and taking measures as stipulated in the SOP and that it was again is one of the main contributing factors to the accident.

Among other aspects, the investigation report stated that AIXL did not provide a child/infant restraint system and that it relies only on infants held on the lap without any additional restraints. Of the 10 infants on board the plane, three were fatally injured, three were seriously injured and four escaped unharmed.

“Lab studies have confirmed that an adult may not be able to hold an infant on their lap during sudden decelerations, even when prepared. The infant may then be thrown through the cabin and sustain injury. serious accordingly.

“Therefore, studies have concluded that holding infants on the lap without additional restraint is not considered the safest method during air travel,” he added.