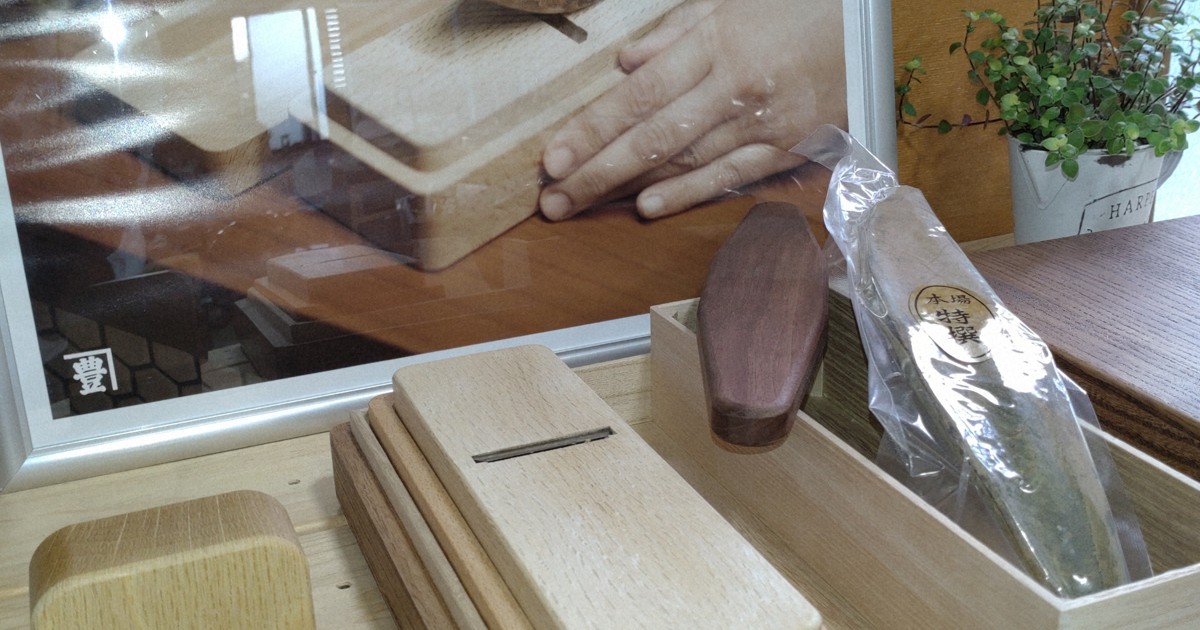 ISHIOKA, Ibaraki — A dried bonito shaving kit launched by a company in this eastern Japanese city has been chosen as a product to help artisans expand their overseas markets.

The Japan External Trade Organization (JETRO) selected the “Kanna Time” kit, which was launched by Kawatsu Shouten Co., a long-established dried bonito flake shop in Ishioka, Ibaraki Prefecture, as the product handicrafts to be promoted on export markets. The store’s third-generation manager, Hideyuki Kawatsu, 56, and his wife came up with the product in hopes of “conveying the traditional taste of Japanese dining tables”, and it’s ready to go global.

The Kanna Time kit consists of a special hand plane made by a specialized company in Niigata prefecture in central Japan, a wooden plate to hold a small fillet of dried bonito to facilitate shaving, a block of wood to adjust the position of the blade, and a cleaning brush. It is priced at 33,000 yen (about $230) including tax.

A case for carrying the kit is made by a local craft store using paulownia, which has a premium feel and has a high moisture retention property. Kawatsu Shouten was so meticulous about the details that he fitted a non-slip silicone piece to the wooden plate. The kit comes with a dried “honkarebushi” bonito fillet produced in Makurazaki City, Kagoshima Prefecture, southwestern Japan. It is dried using molds and characterized by a high concentration of umami.

Established in 1938 as a rice store, Kawatsu Shouten became a store specializing in dried bonito flakes after a rice rationing system was introduced in the midst of the Pacific War. While the store mainly dealt with buckwheat soba noodles and other Japanese restaurants, third-generation manager Kawatsu began to make efforts to sell products at the storefront and he wanted the general household to become familiar with dashi broth.

He promoted the broth by making easy-to-use packs of bonito flakes and launching new products like buckwheat noodles sold with the broth soup. His wife Rumi, 53, who also runs the store, has been making efforts in diet education, including hosting talks at local parenting classes where attendees can taste and compare chemically seasoned broths. and fresh. “Back then, every household had a shaving plane,” she said. “I would like to pass on to the younger generations what we learned from our parents.”

Such passion from Kawatsu led to the creation of the Kanna Time Kit. Launched in April this year, the bonito shaving kits have become popular through word of mouth, and JETRO selected the product for the “Takumi Next 2022” project to help artisans export their products overseas. . Kawatsu himself has also visited international trade shows and said he aims to expand overseas sales channels.

While firmly believing that broth is not a luxury food but an everyday product, they intend to continue to emphasize the appeal of bonito.

2022-09-24
Previous Post: Lynyrd Skynyrd plane crash survivor pays tribute to lives lost in tragedy 45 years ago
Next Post: Someone ‘hacked’ an airplane’s intercom and made ‘orgasm noises’ the entire flight