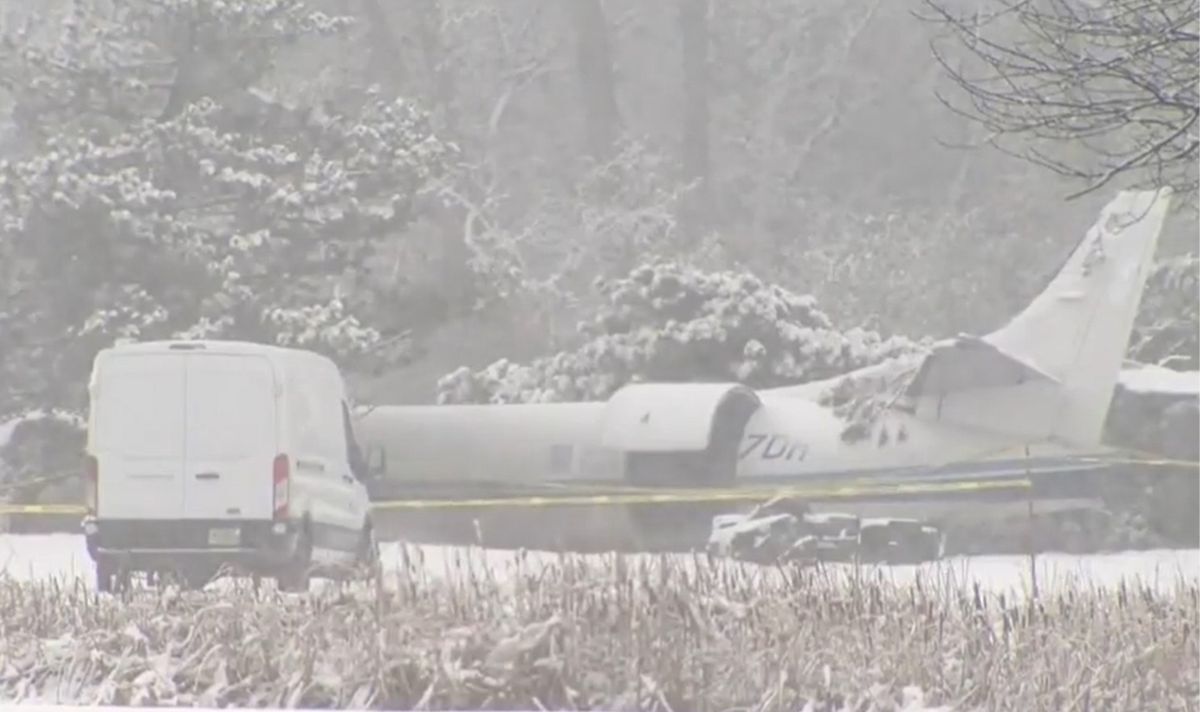 More than 50 rescue dogs have miraculously survived after the plane they were being transported in crashed on a snowy golf course in the United States.

The plane, which was carrying 53 adoptable dogs from New Orleans to various shelters, made an emergency landing at the Western Lakes Golf Course in Pewaukee, about 40 minutes from Milwaukee this week.

Incredibly, the pilot, co-pilot and one other passenger – along with the 53 dogs, who were in cages – all escaped without serious injury in Tuesday’s tragedy.

She added: “Just bumps and scrapes for the dogs – which is amazing.

“They’ve been through a lot. They had a much busier Tuesday than they expected.”

The flight stayed straight during the emergency landing, but the wings sheared off when it came to rest on the golf course’s hole three and debris was sprayed up to the fifth.

An estimated 300 gallons of jet fuel entered the ground and a nearby swamp.

Western Lakes Golf Club general manager Jason Hoelz described the incident. Speaking to the Milwaukee Journal Sentinel, Mr Hoelz said: ‘I was in a building here and I didn’t hear anything, but there were a few employees working the course who heard this plane come down and knocked it down. seen hitting the fifth green, crashing between two trees, [going] through a swamp and another 100 feet across the fairway from the second hole and onto the third hole, where he uprooted another tree and came to a stop.”

He added: “In total it skidded a few hundred yards.”

The resilient dogs are doing “remarkably well” given the circumstances, according to Ms Tate-Techtmann.

She said: “We are very grateful to the staff at Western Lakes Golf Club who have been wonderful to work with and for the emergency response teams in Waukesha and for our team and how they responded.

“Everyone pivoted so well. I tell them all the time to be prepared for the unexpected, and the team did an amazing job of meeting the needs of these dogs today. Some have already come out to have fun in the snow and are well on their way to finding their forever homes.”

Luckily, the course was covered in snow at the time of the accident, meaning no one was playing at the time. However, Mr Hoelz said there were “200 golfers” on the course just a few days ago when the weather was better.

HAWS has launched a fundraiser for the treatment and care of the dogs while they remain at the shelter.

The fundraising page reads: “All animals have been triaged at HAWS by staff veterinarians. Some remain at HAWS while others have gone to our partner shelters.

“All should be up for adoption as planned in the coming days.”