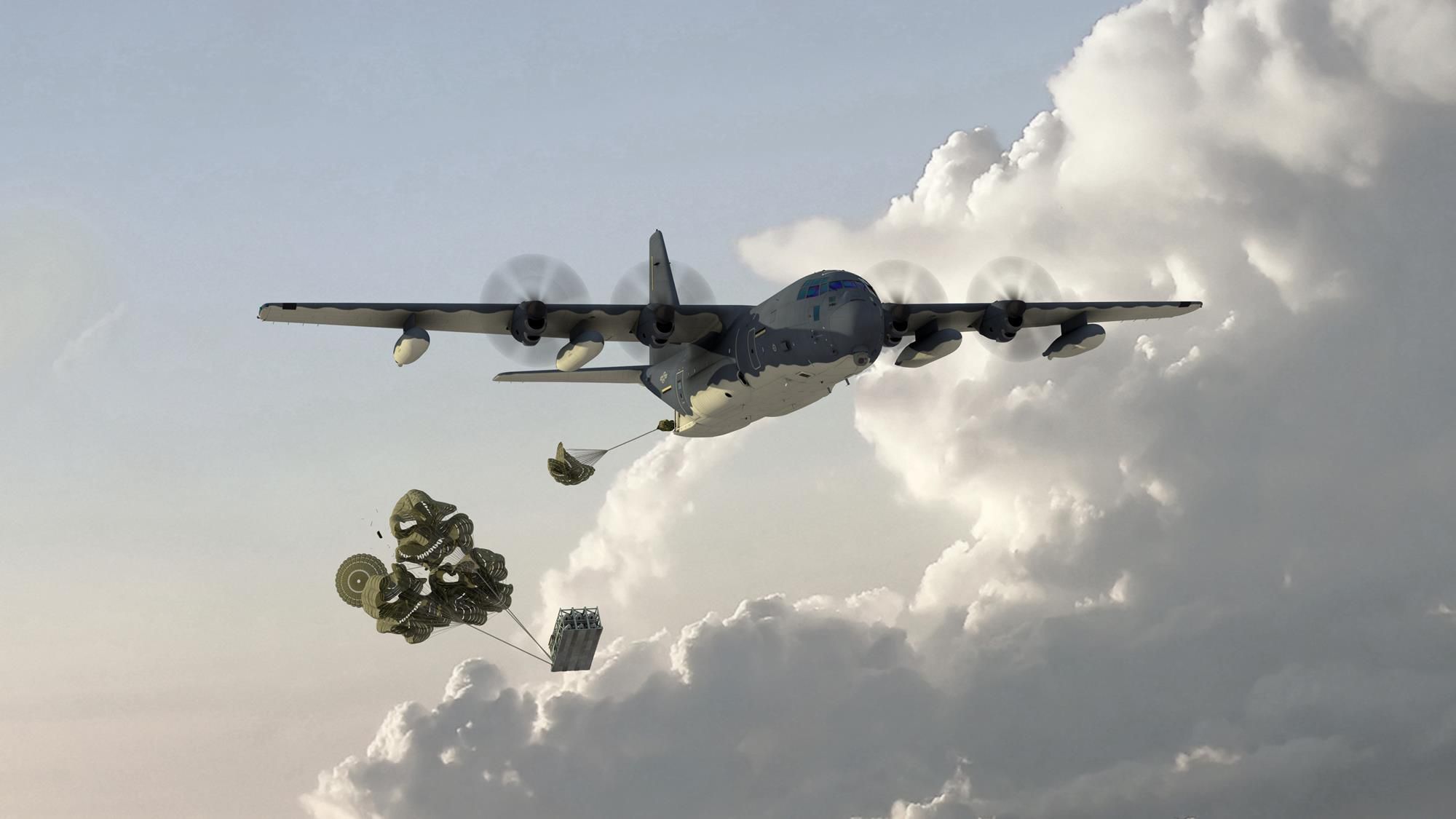 The Air Force has tested a system that could eventually allow it to instantly convert any of its hundreds of its cargo planes into strategic attack platforms. On December 16, a C-130J Commando II special forces aircraft dropped an actual cruise missile from behind which then destroyed a target in the Gulf of Mexico. The Rapid Dragon “Palletized Ammunition System” is designed to be loaded through the rear door of the C-130 and C-17 variants like normal cargo, except that it carries four cruise missiles which can each attack its own target.

Thursday’s test involved a missile and ballast to mimic the other three that would normally be in the pallet. After passing through the back door, a parachute stabilized the system and the live missile, along with the three dummy missiles dropped vertically from the aircraft carrier within seconds of each other. On the actual weapon, the wings spread, the engine running, and target information were first sent to the aircraft and relayed to the missile. It was the first time that this had been done. They are now working on deploying different types of weapons for use in the system and expanding the list of planes that can carry it.

Air Force officials say the system was developed from concept to live fire in less than a year through a collaborative process between the military and industry. “This type of experimentation campaign, this address[es] capability gaps and demonstrates transformational efforts, helps us shape future requirements and reduces commissioning time, ”said Air Force Research Laboratory Commander Major General Heather Pringle in the press release. “This approach ultimately allows a rapid commissioning alternative to the traditional long acquisition times.”